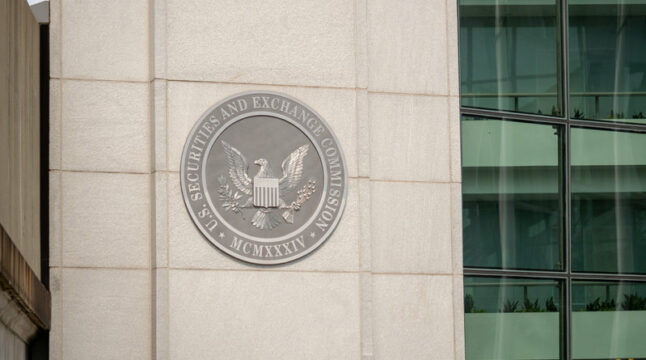 SEC Plans to Investigate Binance Over ICO: Could BNB be the Next XRP?

The SEC opens an investigation into Binance Holdings over its 2017 initial coin offering of the BNB token for a possible breach of securities rule.

The Securities and Exchange Commission (SEC) has reportedly opened an investigation into Binance over its BNB token’s 2017 initial coin offering.  The agency is allegedly looking into whether the token’s selling qualifies as a security sale, which would require registration with the agency.

Accordingly, the scrutiny into BNB’s origin may prove worrying to Binance, already facing several investigations from Washington. The exchange’s CEO Changpeng Zhao faces a probe over ties to two entities trading on Binance. Also, Binance faces a combined inquiry by the Internal Revenue Service and the Department of Justice into tax and money laundering issues. Finally, it is also under probe for insider trading and market manipulation by the Commodity Futures Trading Commission.

ICOs Return Under the SEC’s Spotlight

In 2017, initial coin offerings (ICOs) witnessed explosive growth, serving as a capital-raising tool to fund projects established on the blockchain. However, its emergence served as a significant concern for many experts and regulators alike. The apparent lack of transparency around the issuance of such coins caused considerable consternation for investors and the SEC.

Consequently, the SEC took a hard stance against ICOs, imposing penalties on several companies for SEC violations. This led to a significant uproar amongst crypto enthusiasts who feared the end of ICOs.

Eventually, the regulatory body went after Ripple, alleging that it had conducted illegal security offering through sales of XRP. This led to a long-lasting battle, with Ripple filing a countersuit that the XRP token should be treated as a virtual currency. Nonetheless, the fear of these analysts and their prediction proved correct, with ICOs eventually declining and giving way to Security traded tokens (STOs).

Curiously, Binance now faces a similar situation to Ripple. Before the BNB’s launch in 2017, Binance revealed that the token’s circulation would be limited to 200 million. Half of the tokens were to be sold through an ICO on numerous platforms worldwide. Another 80 million would be set aside for Binance’s founding team, including Changpeng Zhao.

Furthermore, the exchange said almost 85% of the funds gotten through the ICO were used to build and market the platform. However, it did not offer any restrictions on who could participate. It provided lower fees for traders who pay with BNB to attract investors to the token.

However, it also reimbursed many of its contractors in the currency, including at least one US resident. Under these circumstances, the SEC is investigating the platform for a possible breach of securities rules at the ICO.

The SEC enforcement probe may not result in the regulator bringing a lawsuit against a company or individual. However, with the investigation still a long way from a conclusion, Binance would hope its BNB token is not determined to be a security.

Nonetheless, if BNB is determined to be a security, Binance might find itself in a similar situation to Ripple. This would likely see the platform embroiled in a significant legal battle with the SEC. Meanwhile, investors may lose their confidence in the token leading to substantial drawdowns in its value by as much as 25%-40%

According to Coinmarketcap, the BNB token ranks fifth among digital assets and is a significant part of the Binance ecosystem. It achieved this feat amid crypto’s meteoric rise during the Covid-19 pandemic reaching an all-time high of $700 before slumping amidst the broader market decline.

Following the outbreak of the SEC investigation reports, BNB’s price tanked by as much as 7%. However, its fall also came amidst a  broader correction in the crypto market, with BTC and ETH slumping by 5% and 7.25%, respectively. The fall to $275 represents its lowest value in over three weeks, with further likely downswings.

Meanwhile, investors need to tread carefully as FUD would be rife around BNB following the SEC’s investigation. Coupled with the Federal reserve’s continued hawkishness, BNB seems to have weak fundamentals that may prevent it from gaining significantly in value.

Do you think the BNB will see a significant drop in value due to the SEC’s investigation into its ICO? Let us know your thoughts in the comments below.