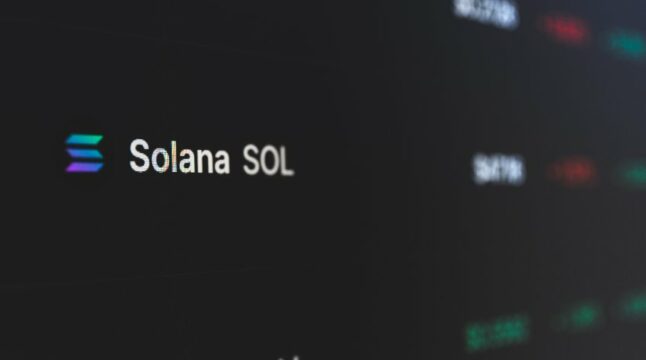 Key players in the Solana ecosystem have been sued by an investor who claims they profited from SOL at the expense of investors.

Solana Labs, the entity behind the Solana blockchain, as well as other key players in the Solana ecosystem are being sued in a California federal court by an investor who claims they have been illegally profiting from SOL, the blockchain’s native token.

A class-action suit filed in California federal court accuses major parties in the Solana ecosystem of violating securities law by launching unregistered security. The suit described SOL as a highly centralized cryptocurrency that has benefited its insiders at the expense of investors. The lawsuit says:

In the complaint, Young said that the way SOL was created and sold meets the three principles of the Howey Test, a case used by the US Supreme Court to determine whether a transaction qualifies as an “investment contract,” and thus would be considered a security and subject to disclosure and registration. The filing said:

“Purchasers who bought SOL securities have invested money or given valuable services to a common enterprise, Solana. These purchasers have a reasonable expectation of profit based upon the efforts of the promoters, Solana Labs and the Solana Foundation, to build a blockchain network that will rival Bitcoin and Ethereum and become the accepted framework for transactions on the blockchain.”

In an accompanying press release, law firm Roche Freedman said Young’s claims are brought as a class action on behalf of himself and other SOL investors who purchased the coin after March 24, 2020. The firm has also recently filed suit against Binance.US for allegedly misleading investors during the collapse of the Terra ecosystem.

The Controversy Around Solana’s Decentralization

Young claimed that the Solana network is “highly centralized” contrary to claims by Solana Labs that the network is decentralized. He alleges that insiders held 48% of the SOL supply as of May 2021.

He also touched on Solana’s “devastating” outages in the complaint. As reported, Solana was shut down for the 7th time in May. Prior to this, the network suffered from a five-hours long outage in December 202 and an eighteen-hour outage in September 2021. It also suffered from a DDOS attack in early January.

Usually, the team had to upgrade and restart the network to resolve the issue after an outage. This made some in the crypto community suspicious of the project’s decentralization, even before the complaint.

It remains to be seen how to class-action suit plays out. However, it is worth noting that the securities violation claims are similar to those many other crypto companies have faced in recent years, particularly the one Ripple has been struggling with.

Ripple was sued by the SEC in December 2020 over allegations that the company, CEO Brad Garlinghouse, and executive chairman Chris Larsen engaged in illegal security offering through sales of XRP. On the other hand, Ripple argues that XRP should be treated as a virtual currency rather than an investment contract.

Do you think Solana could also end up in a battle similar to Ripple? Let us know in the comments below.