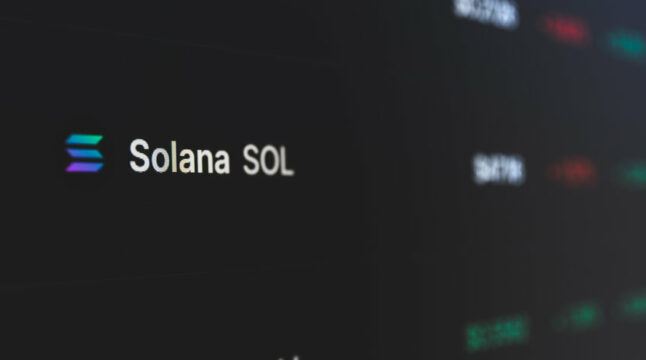 Solana Suffers Another Outage Due to Reported DDoS Attack

Solana's cheap transactions have made it a favorable target for attackers who can flood the network at a low price.

Solana, a so-called “Ethereum Killer,” went down for several hours during early morning on Tuesday after an alleged DDoS attack. This marks the third time the project has faced an outage over the last couple of months, spurring debate on whether it would be able to tackle issues while preserving decentralization.

What We Know: Solana Down After Latest DDoS Attack

Solana, a public blockchain that achieves consensus by using the proof of stake (PoS) mechanism, has found massive popularity over the last year. As reported, Solana outperformed Ethereum by over 500% in August. It even managed to overtake Ethereum on Google trends by mid-September, a sign that it was sharply rising in popularity.

Solana owes much of its growth to its fast and cheap blockchain. While Ethereum merely processes about 15 transactions per second (tps), Solana processes an average of 2,000 tps. In terms of fees, Ethereum’s gas fees have been well over $30 for the last couple of months, while Solana charges an average of $0.00025 per transaction.

In fact, the blockchain’s exceptionally low gas fee is deemed to lure attackers, who flood the network with hundreds of thousands of transactions without having to worry about costs. Just today, Solana was reportedly targeted by a DDoS attack.

A distributed denial-of-service (DDoS) attack is a malicious attempt to disrupt the normal traffic of a targeted server by flooding it with unusual traffic – or in this case, thousands of transactions. Once this traffic exceeds the platform’s capacity, the network slows to a crawl and prevents other users from accessing it.

Chinese journalist and blogger Colin Wu first brought up the issue, detailing that Solana “went down again at two o’clock in the morning (UTC+8) on January 4th.” He added:

“According to users of the official Telegram community, the attacker is suspected of using spam to conduct a DDoS attack.”

According to Wu, the issue was fixed at around 7:00 a.m. UTC+8. It appears as if the platform was down for around five hours. Meanwhile, major crypto exchange Coinbase also warned users about issues surrounding Solana on Monday. The exchange has since marked the incident as resolved.

How Many Times Has Solana Been Down?

Solana has been down at least three times over the last six months. It started in September, when Solana was hit by a massive outage for the first time since it had found popularity. The project was down for over 17 hours and detailed that it was flooded by transactions that led to excessive memory consumption.

To resolve the issue, the team had to upgrade and restart the network, which made some experts suspicious of the project’s decentralization. For one, Oanda analyst Edward Moya said the fix suggested that Solana is not as decentralized or self-sufficient as proponents may have believed.

Notably, the outage had an adverse effect on Solana’s price performance. The project’s native token, SOL, plunged by as much as 10% and dropped to the lowest level in nearly two weeks.

Solana then faced network issues again in mid-December during the token sale of SolChicks, an NFT project, on Raydium, a Solana-based automated market maker (AMM) and liquidity provider. As expected, Solana’s SOL token reacted badly to the news at the time and lost around 9% in a matter of hours.

At the time of writing, SOL is trading at around $170, down by around 3% over the past 24 hours. Notably, the SOL is in the red over the past week and month, but it is up by more than 7816% over the past year, according to CoinGecko.

Do you think Solana will be able to live up to the hype and survive such dilemmas? Let us know in the comments below.