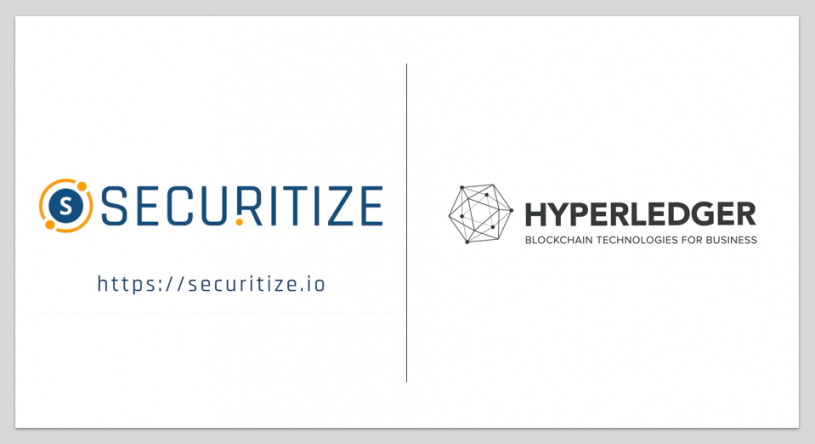 As of March 28th 2019, Securitize— along with eight other organizations— has joined the Hyperledger blockchain consortium. Hyperledger recently announced that it would be including additional Special Interest Groups (SIGs) to develop solutions for domain-specific problems.

Securitize is a San Francisco-based security token issuance platform which has raised more than $12 million to date.

They have created the Digital Securities (DS) Protocol, designed for the life-cycle management of security tokens.

To be clear, a ‘digital security’ is synonymous to a ‘security token’, despite an ongoing debate arguing for which term is better suited for the nascent industry.

Last month, Hyperledger announced that it would be expanding its portfolio to include more Special Interest Groups (SIGs). That same announcement went on to provide a clarificatory definition of SIGs:

“SIGs gather community members from an industry segment to work on domain-specific problems and create an environment for open discussion, document co-creation and solution proposals. SIGs help specific vertical markets in their efforts to address problems specific to that particular community.”

What is Securitize and the DS Protocol?

In December 2018, Science Blockchain announced that it would use the DS Protocol during its own security token offering.

The following month, Aspencoin— a digital security representing fractional ownership of luxury U.S. real estate— announced that it would transition to Securitize after raising $18 million.

Last month, Securitize announced a collaboration with Elevated Returns. The two will join forces, claiming to have multiple high valued assets in the pipeline which will result in $1 billion worth of tokenized assets.

Carlos Domingo is founder and CEO of Securitize. He is also a co-founder and managing partner of SPiCE VC, the world’s first fully tokenized VC fund.

Both Securitize and SPiCE VC were part of the industry’s first compliant security token to be transferred on a public blockchain.

What do you think of Securitize joining Hyperledger? We want to know what you think in the comments section below.

Image courtesy of Securitize and Hyperledger.