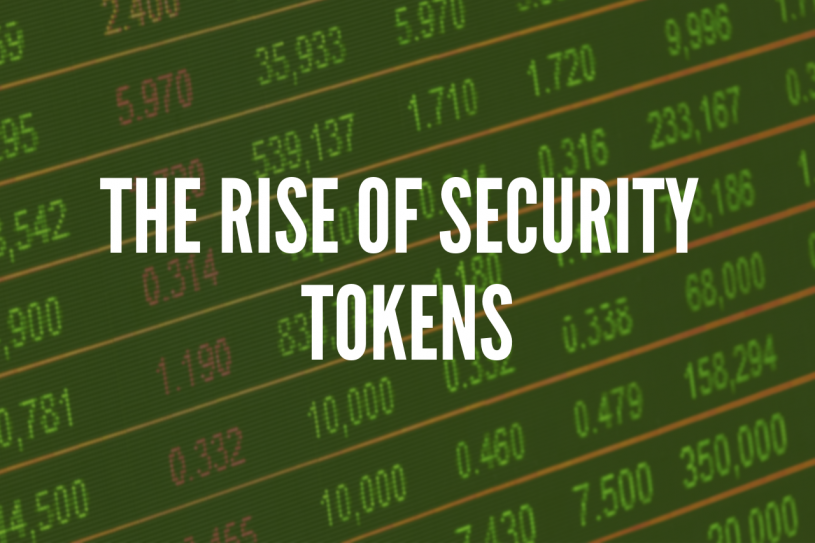 According to recent data analysis by inwara, Security Token Offerings (STOs) experienced a notable surge in the first quarter of 2019. With an increase of 130% and a simultaneous drop in Initial Coin Offerings (ICOs), STOs are beginning to actualize their potential through real-world implementation. The following is a statistical breakdown featuring some of that implementation in Q1 2019.

The Security Token Boom Explained with Facts and Data

Throughout the report’s 28 pages of analysis, one thing is crystal clear: Security Token Offerings (STOs) witnessed a significant surge throughout early 2019.

So where are all of these STOs taking place?

The top three jurisdictions include the United States with 11, the United Kingdom with 8, and Switzerland with 4.

Interestingly enough, despite leading the pack in the number of STOs conducted, only 2% of the total funds raised were from the United States:

In addition, the top four industries performing STOs were: 1) apps for stock trading and investing with 7 STOs; 2) the energy sector with 6 STOs; 3) financial services with 6 STOs; and 4) healthcare with 5 STOs.

A breakdown of the total funds raised per industry didn’t align with the quantity of STOs per industry, however.

Why is there an Increase of Security Token Offerings (STOs)?

According to ICOdata, Initial Coin Offerings (ICOs) raised more than $7 billion in 2018.

To date, very little has been produced from the ICO wave. To make matters worse, current market capitalizations suggest that over 80% of those funds have diminished.

As a result, regulatory bodies have increasingly entered the digital asset space.

The US Securities and Exchange Commission (SEC), for example, has enforced its regulations with exchanges, ICOs, and even digital asset custody solutions.

The Commodity Futures Trading Commission (CFTC) has also taken action in the space.

SEC Chairman Jay Clayton has publicly stated how virtually every ICO he has seen, constitutes a securities offering. As a consequence, digital assets must comply with existing securities laws.

This is the case not only in the United States, but in other jurisdictions as well.

In response to all of this, enterprises wishing to raise private capital have left the ICO behind, and turned to the STO as a viable alternative.

Recent analysis suggests ICOs now raise 58 times less than they did at this time last year. While the ICO is quickly disappearing, recent data suggests the STO has quickly slid in to fill the void.

What are the Benefits of Security Tokens?

Some believe the benefits of Distributed Ledger Technology (DLT) will bring significant advantages not solely to companies wishing to compliantly raise private capital, but to the larger capital markets industry as well.

One of those individuals is Alec Ziupsnys, who believes the entire traditional financial securities infrastructure— valued at $544 trillion— could eventually become tokenized.

The reasons why, he says, are because of significant benefits that can transform the flow of assets in ways that benefit both enterprises and investors.

The benefits include fractional ownership, an interoperable financial realm, the removal of costly middlemen, instant settlement cycles, and never-before-seen liquidity.

For more on the overall functionality of security tokens, their advantages, and their highly anticipated potential, be sure to review our comprehensive security token guide.

What do you think of the STO surge in Q1 2019? What will the remainder of 2019 look like for STOs? We want to know what you think in the comments section below.