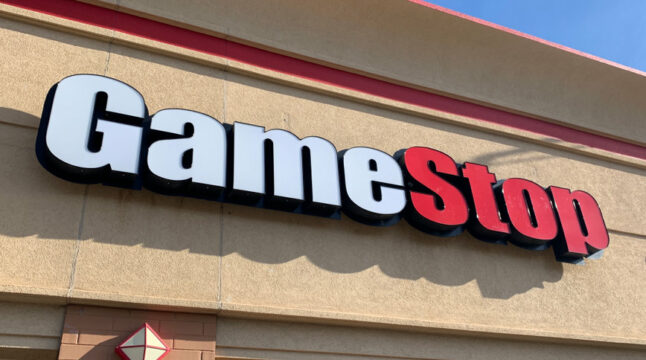 Reports indicate that Ray Dalio, the billionaire owner of the world’s largest hedge fund, has made some interesting bets in the last quarter. According to SEC filings, his hedge-fund Bridgewater Associates purchased shares in AMC and Gamestop. Additionally, the hedge fund traded billionaire shares, picking up Warren Buffet’s Berkshire Hathaway stocks while selling its Tesla holdings.

Accordingly, the filing indicates that Bridgestone bought over 21,000 AMC shares and over 4000 GME stock in Q1 2022. It previously did not own any of the shares mentioned above in its last filing at the end of 2021.

Bridgewater Associates manages the biggest hedge fund globally, with an estimated asset under management (AUM) of $150 billion. Although seemingly significant, the funds AMC and GME position is valued at a combined $1.4 million. This represents a mere 0.001% of Bridgewater’s investments.

Therefore, Bridgewater’s position in both stocks is as trivial as a rounding error. Consequently, the acquisition does nothing to further the case for the meme stock frenzy. Rather it indicates a macro fund diversifying its investment portfolio based on its views of the broad markets and global economy.

The chart above summarizes Bridgewater’s portfolio holdings for Q1, 2022, using critical categories. The total value of its security ownership disclosed in its F-13 filing is less than $25 billion, equating to only about 17% of its AUM value. Other portfolio holdings make up the additional 83%. Meanwhile, the GME and AMC stock appears insignificant compared to the entirety of the estimated holdings.

Furthermore, Bridgewater sold all of its Tesla stocks with Elon Musk embroiled in the Twitter purchase saga. The sale could be one of the reasons for Tesla’s stock depreciation, seeing Musk stall over his intended purchase. Despite closing the quarter higher, Tesla’s share price has been down 37% year to date.

It should be noted that prospective traders interested in buying AMC stock may not want to read too much meaning into Bridgewater’s purchase as it does not indicate a new meme season. Sentiments across social media platforms suggest that stock enthusiast are not getting their hopes up. On the popular r/Stocks subreddit, users seem to understand this, with several agreeing that the investments do not amount to much.

Incidentally, the sale of Tesla stocks seems to have them talking, with several speculating the possible reason for the sale. One user, u/LKlong88, believes Bridgewater is taking a bet on Chinese EV stocks, which he believes would grow much faster than the American company.

More than a year from the original meme stock frenzy, interest in meme stocks is still alive. It all started in January 2021, when struggling video game retailer Gamestop saw an unprecedented rise in its share price.

Consequently, retail investors communicated via social media, especially Reddit, causing a rise in interest in the company. They believed the market undervalued the “bricks-and-mortar” computer gaming business, so they rallied around it, increasing the stock price. This caused significant losses in billions for hedge funds that were short-selling the stocks at the time.

However, a year on, the meme stocks’ value has fallen from their peak but is still significantly above pre meme stock frenzy levels. Retail investors and hedge fund managers have to now deal with global macro headwinds that have caused the financial markets to dip.

The increasingly hawkish stance of the Federal Reserve, rising inflation, and the Russia Ukraine war have made meme stocks lose their appeal. However, several investors still hope that another meme stock frenzy is on the cards. Nonetheless, Bridgewater’s AMC and GME stock purchase does not indicate a new meme stock season by itself.

Do you think Bridgewater’s meme stock purchase is an attempt to diversify its portfolio holdings? Let us know your thoughts in the comments below.