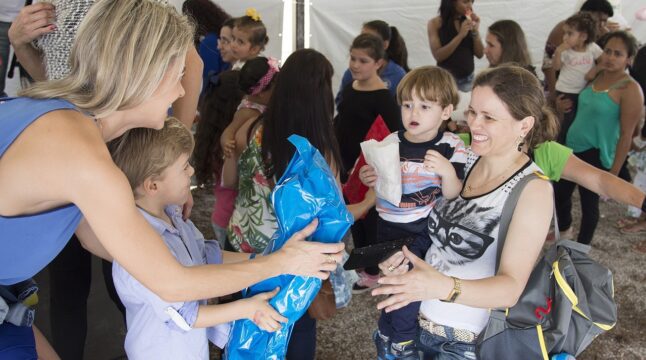 Leveraging the power of NFTs, charities are raising millions of dollars by auctioning off digital assets.

With the explosive rise of NFTs among the crypto community and artists over the last few months, there has now emerged a more altruistic sub-section within the space. The charity sector is increasingly making its way into NFTs and is proving the technology has the capacity for raising money for charitable causes – having raised over $23 million last month.

A non-fungible token (NFT) is a unit of data stored on a blockchain that guarantees a digital asset is unique and therefore not interchangeable. The market for these digital assets witnessed a huge surge in trading volume at the start of the year. However, NFTs took a sharp fall around June, only to pick up steam once again in August.

So what makes NFTs suitable for charity? Well, according to a report by the World Bank, people are more likely to donate to charity if they feel they will receive something in return. This explains why many fundraising efforts employ the use of auctions and events to raise money more effectively. In the case of NFTs, this effect is likely compounded by the social status that owning an NFT from a charity auction can provide; users can prove they have been charitable, which makes them more likely to do so.

In addition, blockchain technology allows the funds donated to charities to be tracked, ensuring there is greater trust and accountability for charities that can demonstrate their funds have been effectively used – making blockchain potentially a game-changer for the charity sector.

Art Blocks, a platform focused on the curation of programmable generative artworks on the Ethereum blockchain, managed to raise a sizeable $23.5 million for charity last month. Reportedly, NFT artists on Art Blocks are willing to donate somewhere between 10% to 25% of their earnings.

Coinciding with the NFT boom of late, a total of 25 projects launched NFTs on Art Blocks in August. Among these projects, Geometry Runners, which launched August 27, has donated over $3.4 million, garnering the first spot on the list of top donors.

Trossets by Anna Carreras and Beatboxes by Zeblocks also raised money on Art Blocks for charity in August.

Entrepreneur, Tony Hollingsworth, has launched Listen: a campaign to help vulnerable and disadvantaged children. This project aims to raise $100 million to support one billion impoverished children worldwide by harnessing NFTs.

Hollingsworth has enlisted over 200 artists from the film and music industries to create digital arts, with Samuel L. Jackson, Natalie Portman, Kurt Russell and Goldie Hawn already endorsing the project.

In an interview with Business Insider, Hollingsworth said:

“Selling NFTs wasn’t the original intention, but that’s the modern development of how to spread art around the world. We’re going to be the first – I don’t think anyone in a structured way has produced a whole load of content. We’ll see how this sector grows – it’s certainly a very interesting idea.”

Celebrities and public figures have been known to use their influence to auction off their possessions to raise money for charity.

For instance, Princess Diana, a member of the British royal family and the first wife of Prince Charles, sold a collection of her iconic dresses to benefit charity causes in the late 1990s, raising millions in the process.

Nevertheless, with the ever-increasing demand for on-chain art, charities are now trying to reap the benefits of NFTs.

KB24, Kobe Bryant’s former website, has unveiled intentions to launch digital art collectibles as NFTs for a charitable cause in honor of the basketball star. There would be 10,000 NFTs, showcasing great moments from Bryant’s career. Reportedly, the website received over 7,000 reservations within the first 48 hours.

These are not the first Kobe NFTs to hit the market. In late August, the Cryptograph NFT market auctioned off eight Kobe Bryant NFTs. Proceeds from the sale also went towards the Mamba & Mambacita – a nonprofit that helps underprivileged kids get into athletics.

“After meeting with the Mercury Phoenix Trust, we knew that if Freddie were alive today, he would be excited about the creative potential of the NFT space.”

In addition to celebrity charity projects and artists finding new ways to contribute to charity, crypto firms such as Binance are also looking to get in on the trend.

Leveraging the power of NFTs, Binance Charity has launched a new project, dubbed “Tree Millions,” which aims to plant 10 million trees worldwide. The project is led by Binance Charity and is slated to launch on September 28.

The new initiative already has received endorsement from 17 crypto players that have pledged to help with reforestation efforts. Tree Millions intends to have 100 members by the upcoming UN Day of the Forest, which is on March 21, 2022. The giant fundraising campaign accepts donations from both corporations and individuals.

The project would encrypt an NFT certificate for every donation, making it easy to track how donors’ money has been spent. The NFT would also include details of the planted trees, and where and when it was planted.

Changpeng Zhao, CEO at Binance, commented on the move, saying:

“The crypto industry is young and constantly evolving so we recognize the role our industry needs to play in protecting the planet. Tree Millions is just one step towards mitigating our impact on the natural world; we’ll keep innovating and collaborating to reduce this further. Blockchain technology is a powerful tool for building a fairer, more transparent, and more equal future. We’re determined to continue unlocking this potential.”

Why do you think NFTs are a powerful way to raise money for charities? Let us know in the comments below.