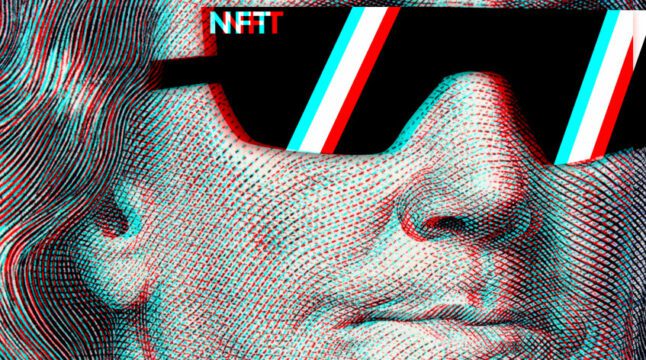 NFTs are Back: OpenSea Exceeds $1 Billion in 2021 Gross Market Volume

OpenSea has recently processed $95 million transactions in two days, while it had facilitated $24 million for the entirety of 2020.

The market for non-fungible tokens saw dizzying highs at the beginning of 2021. However, it didn’t take long for the hype surrounding this emerging market to start declining. By May, the market had plunged by around 90% as its sales dropped from $170 million to as low as $19 million.

Nevertheless, new data suggests that the frenzy around NFTs could be resuscitating. Recently, the leading NFT marketplace OpenSea processed $95 million worth of transactions in just two days. Moreover, data from The Block reveals NFT weekly trade volume has topped $339 million.

A Recap of the NFT Market Frenzy

Earlier this year, in March, Mike Winkelmann, professionally known as Beeple, sold an NFT for around $70 million, marking the most expensive non-fungible token sold to date. Arguably, this designated the start of a new period in collectibles, where prices for blockchain-based digital images matched prices paid for physical paintings from the likes of Picasso and Monet.

However, by April, the NFT hype started to fade. According to monthly statistics from NonFungible, the total sales of the NFT market were $239 million in March but dropped to approximately $193 million by April — a 50% drop in the market.

Things got even worse by May, as the NFT sales per week reached a mere $19.4 million, a 89% drop compared to the earlier month. While this left some people wondering what the future holds for NFTs, others used the opportunity to find real-life use cases for these unique, unswappable tokens.

In mid-June, billionaire Mark Cuban, who also happens to be the owner of the Dallas-based professional basketball team Dallas Mavericks, revealed his intentions to start issuing NFT-based tickets for upcoming basketball games. Prior to this, GameStop launched a website named nft.gamestop.com, arguably to bring NFTs to the exploding online gaming industry.

The Growth of NFTs Explained

After a period of market quietness, it appears that the hype around NFTs is sparkling again. Devin Finzer, the co-founder and CEO at the leading NFT marketplace OpenSea, has recently revealed that his platform has processed a whopping $95 million in just two days. In comparison, OpenSea transacted $21 million in volume for the entirety of 2020.

Furthermore, data from blockchain analysis firm Messari reveals that OpenSea has exceeded $1 billion in gross market volume year-to-date. Considering that the company facilitated $24 million for the entirety of 2020, the NFT marketplace has already outperformed 2020 by a factor of 41x.

In addition, data by The Block reveals that the weekly trade volume of NFTs has surpassed $339 million. This denotes a more than 70% increase from the latest peak around mid-July — when trading volume was just over $200 million.

During the recent mania, CryptoPunks attracted the most investment, bringing in a total of $207 million in sales in one week. Just last week, Gary Vaynerchuk, a crypto-savvy entrepreneur, spent $3.7 million (1,600 ETH) on a CryptoPunk.

However, CryptoPunks continue to remain exclusive, as the project has only added 500 new users to its total holders since May. On the other hand, Art Blocks and Bored Apes Yacht Club (BAYC) have increased their total holders by more than 2x since early May, each growing by 114% and 137%, respectively.

It is worth mentioning that BAYC and CryptoPunk have a fixed supply of 10k pieces, whereas Art Blocks has a substantially larger supply of around 76k. Moreover, BAYC NFTs are relatively more affordable compared to Crypto Punks.

In other corners of the NFT market, Axie Infinity, which has witnessed a recent 6,500% growth in terms of revenue, delivered $127 million in sales this past week. Further, NBA Top Shot secured around $4 million in sales.

Just recently, Stoner Cats, a newly released animated show about some weed-smoking felines, sold its collection of digital cats for more than 3,640 ETH (around $9 million). By purchasing a Stoner Cat NFT, users could unlock access to all episodes of the show. The sale was completed in less than 40 minutes, which reveals the popularity of the NFTs that come with real-life use cases.