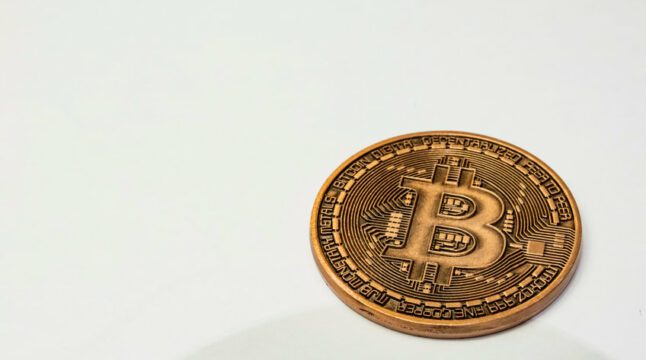 They all share some similarities on the future of Bitcoin, but have differentiating views as well.

On July 21st, the B-Word virtual conference took place, where prominent figures in the industry explored their views on the cryptocurrency, and what sort of a future they envisage for it. Among its speakers were Elon Musk, Jack Dorsey, and Cathie Wood—all of whom shared their view on the future of Bitcoin.

Among the speakers was Elon Musk, the CEO of Tesla and SpaceX, infamously known for his support of Dogecoin. He explained that he thinks of money as an “information system for labor allocation”, in the sense that money is used as a way of requesting that certain actions and activities are performed by different people. Because of this, he views Bitcoin from a purely informational perspective, focusing on its blockchain potential.

Elon Musk also said: “my hope for crypto in general is to improve the information system which we call money”. The biggest improvement in this regard is that it reduces fraud (or “errors”), improves public and automated bookkeeping, and allows for more control for the end-user. He explained that without more changes, Bitcoin will not be capable of scaling globally as it is too slow and too costly. However projects like the Lightning Network and Bitcoin’s Taproot upgrade help with this.

In terms of his own involvement in Bitcoin, he noted that he personally owns Bitcoin (as well as Ethereum and Doge), and that both Tesla and SpaceX also hold some Bitcoin. Tesla’s Bitcoin holdings are well-known and well-documented as it is a publicly traded company, but the news of SpaceX’s ownership is the first the public has heard of it. Since the company is privately owned, it does not need to report its holdings.

Elon Musk also explored the environmental impacts of Bitcoin. He stated that “Bitcoin doesn’t need to be clean as snow but it can’t be using the dirtiest coal either”, adding that Tesla will resume accepting BTC transactions once at least 50% of miners are using renewable energies. However, it should be noted that Bitcoin’s energy consumption is already vastly smaller than the global banking industry.

Jack Dorsey, CEO of Twitter and Square, provided insights on what drew him to Bitcoin, and how he sees himself within the wider community. He was introduced to Bitcoin through his involvement with the cypherpunk community– a movement from the 90s supporting the increased use of encryption, cryptography, and privacy measures worldwide as a means of political and social freedom.

He said that when he thinks of Bitcoin, it reminds him of the early days of the internet, when information was freely available, and people developed projects in a collaborative and open way. He is wary of Bitcoin becoming overrun by corporate involvement, as one of Bitcoin’s greatest feats is that it runs autonomously from banks, states, and corporations (to which Elon Musk added that he considers governments to be corporations, as well, who have a “monopoly of violence”).

Jack Dorsey wants to do two things for the industry– the first of which is that he wants to create a hardware wallet that gives people more control over their finances that is also easy to use for novices. This is currently in development, being produced by Square and Jesse Dorogusker, Square’s Hardware Lead.

Jack also wants to increase decentralization overall, although he did not explain how he would actually achieve this. However, his words at the conference made it clear that while Square will get involved with Bitcoin, it is preferable that they stay on the sidelines, as he said that “[corporations are] great vehicles for a lot of things we do but Bitcoin is not that”. Considering Square employs 5000+ people, it could arguably be considered a corporation due to its size (although it is unclear whether he considers Square to be a corporation himself).

Jack also took a humanitarian perspective on Bitcoin, stating that he hoped it would “create world peace by fixing a fundamental level of society”. It is well known that centralized control of money can cause a great deal of social harm, especially in countries where money cannot move freely. In these places, crypto has been a saving grace.

The CEO and Founder of ARK Invest, a crypto-supportive VC firm, Cathie Wood, explored her position on Bitcoin. The aspect that got her initially interested in it was when she looked into the economics behind it, calling it “a rules-based monetary system”.  In other words, she’s a fan of the fact that its economic structure is baked into its code, rather than governed by centralized bodies.

On the note of governance, Cathie Wood also spoke about her approval of Bitcoin’s “democratization and transparency”, two elements that she claims are a core part of ARK Invest’s ethos. She extended this idea to Bitcoin’s mining community and explained that she is in support of more social-environmental governance (ESG), which is a standard that investors use to assess how environmentally conscious a company or project is before getting involved. She essentially implied that if she didn’t believe Bitcoin was trending towards cleaner energy, then she wouldn’t be a supporter.

Another interest of hers is that Bitcoin can be used as a hedge against inflation. With the Fed’s recent increase in stimulus, other organizations such as Deutsche Bank have been worried about any impending inflation that might occur. With Bitcoin acting outside of government activity, it is a good tool for avoiding some of the dangers that inflation could inflict on the business sector.

Cathie Wood views her role within the industry as being primarily an academic one. She noted that she wants to help the community flourish by providing necessary research to help guide others. For example, one of ARK’s research papers, produced in conjunction with Square, focused on Bitcoin’s usage of renewable energy and resources.

A running theme throughout the entire conference, and one which all speakers appeared to agree on, was that centralized governance is problematic, and that decentralization, democratization, and economic independence are the most revolutionary aspects of Bitcoin. The conference also showed a plurality of ideas, displaying how multifaceted the industry is.

Overall, the speakers had a positive view of Bitcoin, both in an economic and a social context, and in doing so, reiterated to the community just how significant the digital asset is.

Whose views on Bitcoin do you agree with most? Let us know in the comments!