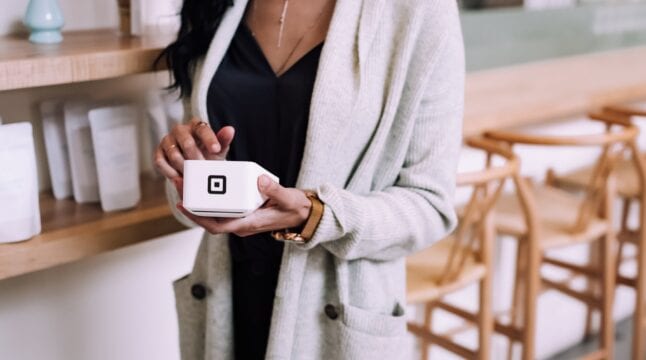 Using Bitcoin may soon become easier for beginners and novices, thanks to Jack Dorsey and Square.

Square, the worldwide payment merchant spearheaded by Twitter CEO Jack Dorsey, has announced plans to build a hardware wallet for Bitcoin users. The primary focus of this wallet is to make ownership of Bitcoin more mainstream and appealing to retail investors and end-users.

In a tweet, Jesse Dorogusker, the Hardware Lead at Square, stated that the wallet is being designed to “make bitcoin custody more mainstream”. It also appears that alongside there being a physical wallet, the team will also be “prioritizing mobile use” which likely means a software wallet is on the way, too.

Accessibility and ease of use are huge drawbacks in the crypto world. It is no exaggeration to say that handling cryptocurrency has a significantly higher learning curve than handling online cash or even traditional investments. Crypto has been plagued with UX and UI issues from the start, back when Bitcoin’s first GUI wallet looked rudimentary and unfriendly.

Despite the industry existing for 12 years now, the state of most wallets is still disappointing. Take a look at the recent Electrum Bitcoin wallet, it does not look much easier to use than the original wallets from over a decade ago.

And this is just the software wallets. Hardware wallets are not much better. The two leading hardware wallet manufacturers, Trezor and Ledger, are still riddled with complexities. The seasoned crypto user would probably experience zero issues, but a novice or a newcomer would likely need a video tutorial—or more—for their first few uses.

UX is arguably one of the biggest issues holding back mainstream appeal. Crypto wallets are cumbersome to the average person. Although, with the recent spread of adoption happening worldwide, and especially in El Salvador where every citizen is entitled to $30 worth of BTC when they open a wallet, more beginners are sure to enter the market, which means that better UX is more necessary than ever.

Jack Dorsey is No Stranger to Crypto

This is not the first time Jack Dorsey, CEO of both Twitter and Square, has spoken about Bitcoin. Earlier this year, he explained that his interest in Bitcoin was due to the fact that it could not be controlled or influenced by any single entity. And recently, at the Bitcoin 2021 Conference, he said that:

“If I were not at Square or Twitter, I’d be working on bitcoin. If it needed more help than Square and Twitter, I’d leave them for bitcoin. But I believe both companies have a role to play, and I think anything that we can do as companies to help find the right intersection between a corporate narrative and a community open narrative is for the best”

Jack Dorsey has also explored NFTs in the past, selling the first-ever tweet for $2,915,835.47. However, he has also been vocal about his disinterest in buying Ethereum.

This gives the impression that the upcoming hardware wallet will be made exclusively for Bitcoin. If this is the case, then it might find itself struggling to appeal to crypto fans, as other hardware wallets support 100s of coins and tokens.

Considering the ease and simplicity that both Square and Twitter have in terms of their interfaces, this is a positive indication that their Bitcoin wallet will also be greatly accessible. It is hard to say what features it will have, but one that would likely help with adoption is the use of human-readable wallet addresses, where a user’s address reads as an understandable set of words or phrases, rather than an intimidating string of numbers and letters.

However, it will take more than this to bring adoption to the masses. Square and Jack Dorsey have a tough job on their hands, but if successful, their wallet could be a significant step towards a truly crypto-friendly society.

What features do you think Square’s hardware wallet will have? Let us know in the comments!