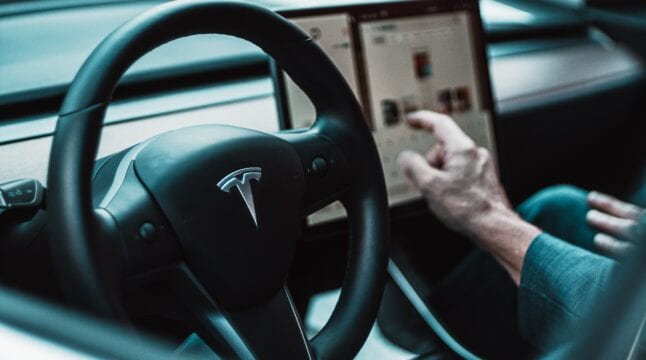 With the current dip plaguing the crypto markets, Tesla’s Q1 profits have vanished.

In the space of seven days, Bitcoin has fallen from $56,000 to under $32,000—a 42% drop in value—making this the sharpest dip the markets have seen all year. This is a concern for any Bitcoin investor, but there is one former fan who everyone has their eyes on: Elon Musk.

Following this drop, Bitcoin has dipped below its going rate at the time of Tesla purchasing $1.5 billion worth of BTC. Then, one BTC was selling for around $38,000.

Bad News for Tesla’s Balance Sheet – Because of Tesla?

If Tesla did not sell any of its Bitcoin holdings, which apparently they have not, then they have not only lost all their crypto gains, but they may now even be in the red as far as 2021 is concerned. Considering how, in Q1 2021, Tesla made its profits almost exclusively from its Bitcoin investments and its regulatory carbon credits, this drop spells awful news for the company.

Tesla’s Q1 report reveals that Bitcoin provided the company with a “$101M positive impact”, significantly contributing to its profits. However, those profits would not be possible if it was not for Tesla’s initial endorsement of Bitcoin skyrocketing its price.

Since then, Elon Musk—the trollfather of twitter—has seemingly fallen out of love with the coin, citing misguided concerns over its energy consumption. From the point at which Tesla suspended Bitcoin transactions, occurring on May 12, Bitcoin has lost all gains that happened from February 8th, triggered by Elon Musk.

This would not be a problem if it was not for the fact that Tesla’s flagship product, its luxury electric cars, do not actually turn a profit in Q1 2021. In fact, Tesla consistently makes a loss on its cars. This means that practically all its profits for Q1 came from other sources, namely regulatory credits—and Bitcoin.

This is an unsustainable business model for two reasons. Firstly, at some point, most companies will not need to buy regulatory credits from Tesla, as the vast majority of car manufacturers have been working on their own electric car models for years now, and so they will soon be able to reach carbon emission standards by themselves.

Secondly, relying on Bitcoin for gains—in terms of a standard business model— is questionable, as the crypto industry is known for its abrasive volatility. Even if Elon Musk had not turned his back on Bitcoin, it would have eventually fallen, although it may not have fallen this sharply. If Tesla was making money on its own products, then using Bitcoin to supplement its balance sheet would not have been a problem. Many have speculated that Elon Musk bet on Bitcoin as a calculated effort to save his company from turning a quarterly loss.

What is Elon Musk’s Endgame?

It is highly unlikely Elon Musk was unaware of Bitcoin mining’s energy consumption before February. So why did Tesla still invest in it? If the aim was merely to make profits for Tesla, and they have not sold all their BTC yet, then why abandon accepting BTC as payment—which they must’ve known would adversely affect Bitcoin, and therefore Tesla’s balance sheet.

There may be no truly logical answer to this. While there is no denying that Elon Musk is an intelligent and calculated individual, he has been known to be driven by pride in the past– think back to how he reacted when his mini submarine rescue idea was shunned.

In a similar vein, consider Bitcoin advocate Anthony Pompliano’s current opinion, who does not think “anyone was buying cars with Bitcoin to begin with”.

Musk might have expected the crypto community to welcome him with open arms, and after finding out how much disdain the industry has him, chose to exit Bitcoin. Most crypto enthusiasts have either been angered by Musk’s choice to embed himself within this industry or outright fearful. Crypto is designed to be a decentralized tool for the masses, not a financial asset hoarded and manipulated by a wealthy, centralized, few.

Anthony Pompliano also offers a more calculating theory. Within his interview with CNN, he explores the possibility that Elon Musk may have triggered the dip as a means of buying more Bitcoin at a discounted rate, or that he might soon announce a project that is designed to help improve the energy efficiency of Bitcoin mining.

Regardless of what Elon Musk’s strategy is, if anything, there is no denying that he has placed Tesla in a compromising position for its immediate future. The upcoming Q2 report will be fascinating, as it will likely reveal whether Tesla did in fact hold onto its Bitcoin, and could even reveal whether Tesla purchased more during this dip.

What do you think Elon Musk’s plans are with Bitcoin? Let us know in the comments!