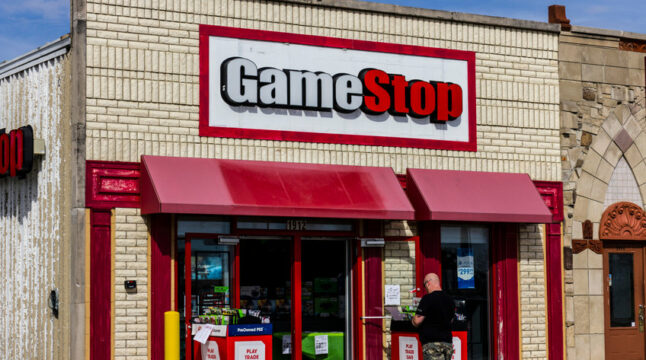 GameStop Seeks Software Developer for NFTs as Market Heats Up

GameStop's recent job posts suggest the company believes in a metaverse-esque future for the gaming industry.

GameStop has posted at least eight NFT and “Web3 gaming” job positions. The gaming retailer has not yet officially revealed its intentions, but the posting suggests GameStop might be looking to build an Ethereum-based Web3 arm.

GameStop is on the hunt for three product marketing directors and three software engineers for its NFT platform, as well as two gaming heads for its Web3 division.

The job descriptions outline a metaverse-esque future for the gaming industry. GameStop said it is looking for someone “who can help accelerate the future of gaming and commerce.”

“In this future, games are the places to go, and play is driven by the things you bring. Future creators won’t just build games but also the components, characters, and equipment. Blockchains will power the commerce underneath.”

As previously reported by The Tokenist, GameStop unveiled plans to launch an NFT marketplace back in May. The gaming retailer released a website named nft.gamestop.com, which included a call to action for developers, engineers, and community leaders.

Nevertheless, the new job listings indicate the gaming retailer is seriously looking at Web3. Known as the next iteration of the internet, Web3 is a cover term for all the decentralized apps running on the Ethereum blockchain.

Meanwhile, Redditors are cheering GameStop’s move to assemble a team of NFT experts. A post featuring the job listings on r/Superstonk has received over 10,000 upvotes so far. One Redditor wrote:

“This listing is very literally Gamestop, as we predicted, being at the very front of the pack in transitioning cutting edge technology into mainstream business use.”

Other Redditors believe this is a “bullish signal,” with some claiming they aim to buy more GME shares as a result of the news. “They’re casting a broad net looking for the best. Strong backends are a bullish signal I’m [going to] buy more,” said Reddit user u/Triaspia2.

The NFT Gaming Boom Is Coming

The meteoric rise of Axie Infinity, a blockchain-based monster battling game that brought NFTs to the gaming industry, prompted a surge in overall awareness and popularity of gaming NFTs. More games inspired by Axie followed suit, and made digital collectibles as part of the gaming ecosystem.

Alien Worlds is also a play-to-earn game like Axie Infinity. Reportedly, the game has over 3.6 million registered players and around 11 million plays per day, which makes it one of the most popular decentralized blockchain applications.

Moreover, PlayDapp, a blockchain game project listed on Coinbase, launched its play-to-earn blockchain-based game dubbed “Along with the Gods” today.

The announcement statement read that:

“Along with the Gods is a strategy RPG (role-playing game) where you can enjoy a variety of combat content such as Dungeon Crawls, Boss Raids, PVP Duel with 5 characters’ classes and over 100 heroes in total,”

Confirming this trend, Newzoo’s Global Games Market Report acknowledges that the metaverse is here to stay. “The metaverse movement, rapidly accelerated by COVID-19, is powerful enough to persist beyond the pandemic’s end,” the report said, adding:

“There is a feeling of inevitability about the coming of the metaverse. Though it’s far from a unified concept most would agree we are quickly approaching greater participation in simulated worlds that are even more limitless than our real one.”

The report said that while the metaverse concept may be a little unfamiliar to many, it is poised to become an inseparable part of our world.

“The truth is that we are already living among proto-metaverses, and the future will be here before we’re truly ready for it,”

However, not everyone in the gaming industry has confronted NFTs with open arms. Earlier this month, leading online gaming store, Steam, declared a ban on NFT-powered video games, which piqued Epic Games, a rival to Steam, to announce that it welcomes crypto games.

More recently, a coalition of 29 blockchain companies blasted Steam over its ban and launched an open letter, calling on the gaming store to reverse its ban.

What do you think the future holds for NFTs? Let us know in the comments below.