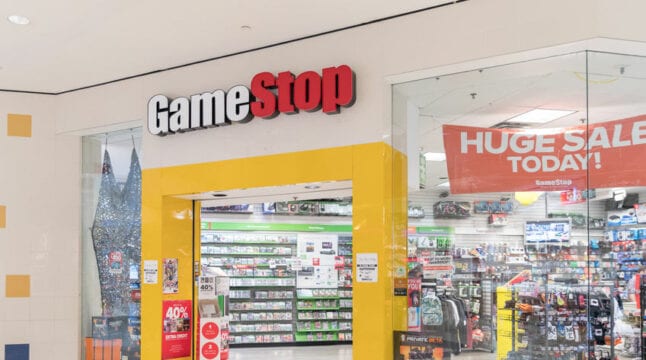 GameStop is designated, by almost all media outlets, as a meme stock. However, its fiscal first-quarter results ascertain otherwise.

By now, no one has not heard of the GameStop saga, a story in which retail investors fought to save a beleaguered video game retailer while wrecking gigantic institutions who had shorted the stock. Though, a major part of the story is almost always missing: that GameStop’s stock was actually dramatically undervalued.

Keith Patrick Gill, the most prominent persona in the GameStop phenomenon, and also the individual who foresaw GME’s undervaluation, faced a class-action lawsuit for his involvement in the event. He was also called to testify before the House Financial Services Committee. Here’s a portion of his testimony:

“I believed the company was dramatically undervalued by the market. The prevailing analysis about GameStop’s impending doom was simply wrong.”

Gill further continued to describe why GameStop’s undervaluation encouraged him into action:

“First, the market was underestimating the prospects of GameStop’s legacy business and overestimating the likelihood of its going bankrupt.
…
Second, I believed – and I continue to believe – that GameStop has the potential to reinvent itself as the ultimate destination for gamers within the thriving $200 billion gaming industry.”

Perhaps, Gill was the very first one to perceive the real value of GME, which at that time was faded by the economic crisis and pandemic pressure. Though, it can be argued that he was, for the most part, right. A look at GameStop’s first-quarter 2021 financial results explains how.

GameStop, on June 9, reported fiscal first-quarter results for 2021. In brief, the report revealed more sales and narrowing losses, which exceeds the expectations of a vast majority of investors.

In terms of revenue, the company made a staggering $1.28 billion, 9% more than the expected $1.17 billion. Furthermore, GameStop’s net sales this year have increased by about 25% compared to the $1.021 billion the company earned in the fiscal 2020 first quarter. The retailer also revealed in the report that its sales in May were up by 27%, a sign of robust recovery after the pandemic.

GameStop’s everyday operating expenses also witnessed a decline of $16.2 million. Reported selling, general, and administrative expenses for Q1 this year were $370.3 million, a 4.2% drop compared to $386.5 million in the fiscal 2020 first quarter.

All in all, the company increased revenue and sales while drastically decreasing losses, an indication that the video game retailer is back in business. It appears as if Citadel was wrong all along.

It is worth mentioning that, still, many analysts hold a bearish stance on GameStop. Though, the company asserts that its “second quarter sales trends continue to reflect momentum.” So, it can be just a matter of months until GameStop again exceeds expectations and proves all the detractors wrong.

What are your thoughts regarding GameStop’s fiscal first-quarter results for 2021? Do you think GameStop is a meme stock? Let us know in the comments part.