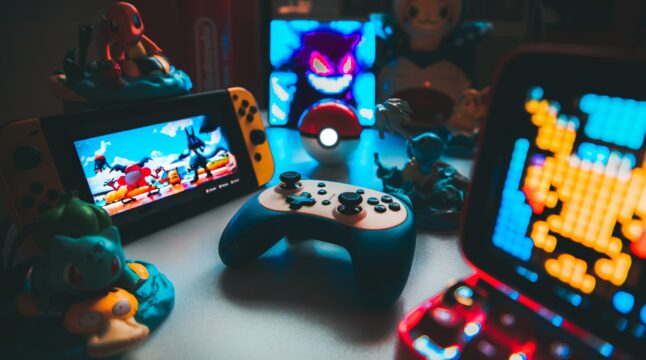 Epic Games said it will welcome "crypto games" after Steam banned them.

Last week, the online gaming store Steam declared via its Onboarding Documentation that NFT and crypto-powered video games are to be banned from its platform. One day later, Epic Games, a video game publisher and a rival to Steam, announced in an interview with The Verge that it is open to games that run on a blockchain or feature NFTs as part of in-game collectibles.

While it remains to be seen whether Epic will be successful in attracting crypto games, it is apparent that this decision could now be the defining difference between the two game stores over the coming years.

Why Is This Significant?

Steam did not disclose why it would ban blockchain-powered games. However, Age of Rust, an NFT-based game that was removed from the Steam store said the company doesn’t allow game items with “real-world” value. They tweeted:

“Steam’s point of view is that items have value and they don’t allow items that can have real-world value on their platform. While I respect their choice, I fundamentally believe that NFTs and blockchain games are the future.”

In its 2020 review, Steam claimed that it boasts 120 million monthly active users. On the other hand, Epic Games reported having over 56 million active users by December 2020 — less than half of its rival’s userbase.

However, Epic has seen rapid growth for its game store since its launch in 2018, leading to concerns that Steam’s growth is stagnating. Epic has sought ways to be competitive with Steam with the way it splits revenue with game developers.

Steam currently takes a 30% cut of all sales on its store, whereas Epic only takes a 12% cut. Owing to this, Epic has managed to acquire a number of exclusive launches at Steam’s expense.

Considering the rising popularity of NFTs and their potential use for gaming items, Steam might start to hemorrhage its userbase to Epic if the NFT gaming sector continues to grow.

Tim Sweeney, CEO, and founder at Epic Games, has said they:

“Welcome games that make use of blockchain tech provided they follow the relevant laws, disclose their terms, and are age-rated by an appropriate group.”

Epic has reportedly told The Verge that there would be a set of rules for crypto games, but they are willing to work with “early developers” in the “new field.”

Decentralization is a “Threat” to Centralized Firms

Amy Wu, a partner at venture capital firm Lightspeed, has said that Steam’s move was expected. Pointing to the fact that monopoly powers generate their revenue by acting as middlemen, Wu said decentralization is a threat to all centralized powers. She said:

“Web2 centralized platforms get a cut of all value generated from its ecosystem. Blockchain circumvents that and decentralizes value back to builders and users.”

Wu also noted that this is an indication that “we are at the cusp of one of the largest value transfers of our generation, enabled by Web3.” Web3, or the next iteration of the internet, is a blanket term for all the decentralized apps that run on the Ethereum blockchain, which aims to create an open-source, decentralized, and hyper-efficient internet.

NFTs to Drive Innovation in Gaming

Innovation has been one major driver for the gaming industry. With the competition being fierce in the market, developers need to constantly innovate and captivate in order to stay ahead of the game.

For instance, Axie Infinity, which brings non-fungible tokens to the innovation-oriented gaming industry, has become the largest crypto game on the market and one of the top-ranking NFT projects.

In simple terms, Axie is a blockchain-based video game in which players acquire NFTs of monster-like creatures and earn SLP tokens by playing the game.

In its Q3 “Blockchain Game Report,” DappRadar revealed that Axie is the leading NFT project among blockchain games. As per the report, Axie surpassed $2 billion worth of transactions in the latest quarter for historical trading, surpassing CryptoPunks by $800 million.

It is worth noting that Epic Games is behind Fortnite, a popular NFT-powered game. Fortnite has its own in-game currency called V-Bucks and has made a fortune by selling digital collectibles.

Fortnite generated over $5 billion in revenue in 2020 for Epic Games, up by around 37% on a year-over-year basis. With this experience and profitable track record for selling in-game items, it will be interesting to see how they fare with NFTs and if Steam will one day come to regret their decision.

Do you think Epic Games will overtake Steam by adopting NFTs? Let us know in the comments below.