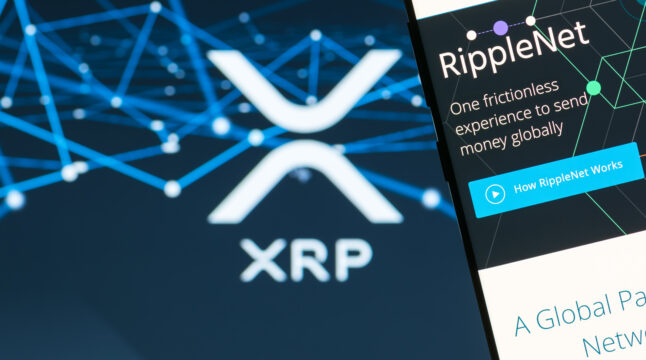 Two companies that utilize Ripple’s XRP in their business have come out in support of the company on trial.

A day after the court ruled that the SEC has to hand the Hinman documents over to Ripple labs, two companies filed their own applications in support of Ripple. On Friday, September 30th, I-Remit Inc. and TapJets voiced their support for the beleaguered company.

TapJets and I-Remit Step Up to Support Ripple Labs

The first company to issue a brief in support of Ripple on Friday was I-Remit. I-Remit is a Philippines-based global payment firm and an important partner of Ripple. The document is fairly harsh in its tone as it argues why XRP is not a security and that the entire case is an attempt to misinterpret and misrepresent how digital assets work.

In this lawsuit, the SEC has taken the position that Ripple’s distribution of XRP should be considered the trading of an“unregistered security” and that XRP distribution functions as an“investment contract” within the meaning of theSecurities Act of 1933—thus subjecting XRP to federal securities regulation. This position badly misunderstands how XRP is actually used. Indeed, the SEC seems to misconstrue important aspects of the large and growing international cryptocurrency industry, seeking to expand its regulatory authority over markets that have no relationship to its traditional scope of authority.

Several hours later on the same day, it was revealed that TapJets, another one of Ripple’s partners filed its own amicus curiae. The private jet charter company aimed to highlight the utility of XRP tokens. The filing calls the token vital to its operations as it allows customers to book flights outside the working hours of banks, and free of limitations of wire transfers.

TapJets interest, in this case, is as a business that accepts cryptocurrency, including XRP, in exchange for its services as a fiat-currency substitute. For TapJets, the acceptance of XRP as payment for services is vital in some instances: TapJets refers to this as the “Friday Night Problem”. The Friday Night Problem explained in detail in the (Proposed) Motion below, exists when a Traveler wishes to book immediate travel but is unable to tender payment using traditional currency, usually because the booking occurs outside of normal banking hours. When banks are closed, money transfers via wires cannot be sent The costs of private jet cha1ters can reach hundreds of thousands of dollars per single flight, and given transactional limitations and risks of accepting credit card payments, money transfers via wires are a frequent payment choice for Travelers using TapJets’ services. Because of nature of TapJets’ business requires immediacy in payment, Travelers who can only rely upon money transfers via wires are unable to avail themselves of TapJets’ services. Because the inherent nature of cryptocurrencies circumvents the Friday Night Problem, TapJets accepts c1yptocunencies.

Today’s filings weren’t the first amicus curiae briefs during the Ripple trial. On September 22nd, a Crypto lobby group submitted its own contribution to the matter. XRP token experienced a sharp rise in value after the court’s decision was made public. It jumped from $0.436 to $0.48 between Thursday and Friday evening.

Why is the Ripple Case Important?

The Ripple Labs trial is perhaps the earliest high-profile case of the SEC arguing that cryptocurrency tokens are securities—which is something Ripple has been denying since the very beginning. While the commission has since brought similar actions against numerous other companies, this case is the only big one that went to trial.

The outcome of the trial could set a major legal precedent for the treatment of digital currencies. This means that whether Ripple wins or loses can determine the faith of a multitude of crypto firms—both smaller, and large ones like Coinbase.

This week’s developments come at a particularly crucial time since lawmakers are entering high gear when it comes to crypto regulation. Not only are the SEC and CFTC trying to gain greater authority over the sector, but the White House finally issued its first framework for crypto regulation.

Do you think Ripple will end up winning the case against the SEC? Let us know in the comments below.