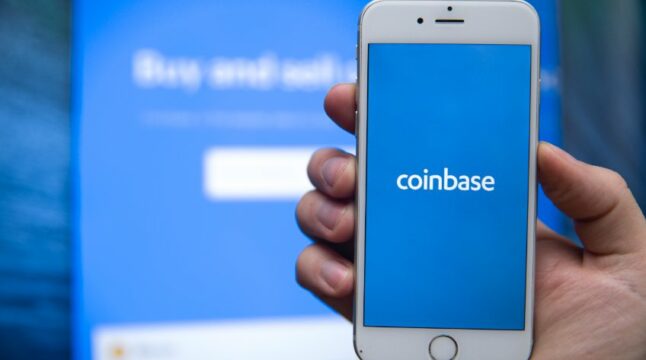 Coinbase said none of its listed digital assets are securities in a blog post as a response to the SEC's “securities fraud charges” against its former employee.

None of the digital assets listed on Coinbase are securities, the San Francisco-based company wrote in a new blog post. The post comes as a response to “securities fraud charges” filed by the U.S. Securities and Exchange Commission (SEC) against a former Coinbase employee accused of insider trading.

Coinbase Strongly Disagrees With the SEC’s ‘Substance of the Charges’

The Department of Justice (DOJ) recently opened an investigation into a former Coinbase employee, Ishan Wahi, accusing him and two individuals close to him of insider trading. Following the probe, the SEC filed separate securities fraud charges against Wahi, alleging that nine of the digital assets linked to the investigation are securities.

As a response, Coinbase published a blog post reiterating its statement that the company “does not list securities on its platform. Period,” said Paul Grewal, Chief Legal Officer of Coinbase. While Wahi was rightfully charged for his wrongdoings following DOJ’s investigation, Coinbase strongly disagreed with the SEC’s separate charges which view the involved digital assets as securities.

Caroline Pham, a Commissioner of Commodity Futures Trading Commission (CFTC), said this is “a striking example of ‘regulation by enforcement” by the SEC. Pham’s full statement can be seen here.

“We agree with Commissioner Pham and, respectfully, 100% disagree with the SEC’s decision to file these securities fraud charges and the substance of the charges themselves.”

The crypto exchange explained that seven of the nine assets mentioned in the SEC’s filings are listed on Coinbase’s crypto marketplace, with none of them being securities, the company added. In addition, each digital asset is thoroughly analyzed and reviewed before being listed on the exchange – “a process that the SEC itself has reviewed,” Coinbase continued.

Coinbase, which went public last year, also wrote it has cooperated with the SEC’s probe into the illicit activities charged by the DOJ, but instead of having a discussion about the involved assets, “the SEC jumped directly to litigation,” the company said. This reaches an important conclusion – “the US doesn’t have a clear or workable regulatory framework for digital asset securities,” Coinbase said.

Following DOJ’s investigation Thursday, the prosecutors charged Ishan Wahi, a former product manager of Coinbase, who allegedly tipped his brother Nikhil Wahi and friend Sameer Ramani about digital assets that were going to be listed on Coinbase. The individuals were charged on the grounds of wire fraud involving an insider trading scheme.

U.S. Attorney Damian Williams said this is a first-ever insider trading case involving crypto assets, serving as a further reminder that Web3 is not law free, he said. However, as opposed to the SEC, the DOJ did not file securities fraud charges against the defendants.

Earlier this year, Coinbase announced a plan to change its listing procedures following previous insider trading allegations. One of the changes was removing the feature to analyze on-chain data, which allowed the public to guesstimate which tokens are on schedule to be released. Coinbase was recently ranked as the number 1 digital asset exchange in a report by crypto data provider Kaiko.

Do you agree with Coinbase’s statement? Let us know in the comments below.