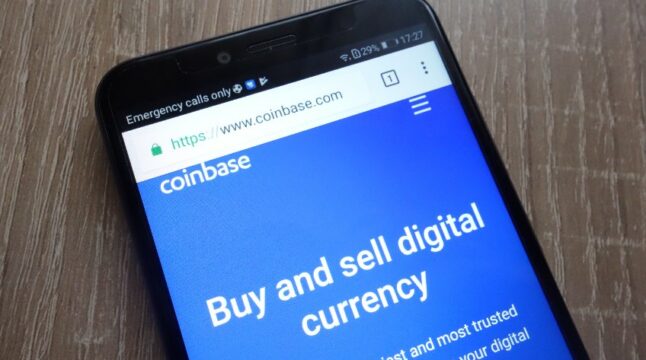 A former Coinbase manager and two others face insider trading charges from SEC after a Twitter user flags their activities through the blockchain.

Yesterday, Ishan Wahi, a former Coinbase employee, his brother, and a friend were charged with insider trading by the US Securities and Exchange Commission (SEC). The regulatory body alleged the trio orchestrated a scheme to buy several crypto assets before they were listed on the cryptocurrency exchange.

Meanwhile, parallel to the SEC’s charges, the US Attorneys’ office of the Southern District of New York also unsealed an indictment against the trio. The three men were charged with the first-ever cryptocurrency insider trading tipping scheme in a statement. Accordingly, the US Department of Justice (DOJ) revealed that federal agents arrested the Wahi brothers on Thursday morning. However, their accomplice, Sameer Ramani, is still at large.

The SEC claims that Ishan had secretly used the knowledge he gained while assisting with the exchange’s public token listings to trade digital assets. He repeatedly gave his brother Nikhil and Sameer the timing and the content of upcoming listing announcements on Coinbase.

As an employee of Coinbase, Ishan assisted in organizing Coinbase’s public listing announcements. These usually contained information about the crypto assets or tokens that would be made available for trading on the platform. The exchange, on its part, treated such disclosures as confidential, repeatedly warning its employees not to use them as the basis for trading or to tip off third parties.

However, in a blatant breach of company policy, Ishan consistently tipped his accomplices between June 2021 and April 2022. Nikhil and Ramani allegedly bought at least 25 crypto assets, of which at least nine were securities, ahead of their announcements.

With the eventual disclosures usually causing a spike in the assets price, they typically sold them for a profit immediately after the announcements. The extensive insider trading scheme resulted in more than $1.1 million of ill-gotten gains, eventually landing them in trouble.

Unfortunately for the Wahi brothers and Sameer, their entire operation was flagged by cryptocurrency influencer Jordan Fish. Tracking data on the blockchain, he noticed an ETH address purchasing tokens featured exclusively in the Coinbase Asset Listing post. These purchases were made about 24 hours before Coinbase published the announcements.

A blockchain is a decentralized, immutable database that makes it easier to track assets and record transactions in a corporate network. These assets may be physical (home, car, money, or land) or intangible (intellectual property, patents, copyrights, branding). On a blockchain network, practically anything of value may be recorded and traded, lowering risk and increasing efficiency for all parties. By using smart contracts, some blockchains function without any human intervention.

Following Fish’s revelation, Coinbase made several changes to its token listing procedure in light of the insider trading allegations. The company’s CEO, Brian Armstrong, also revealed that the exchange immediately took action and conducted an investigation. This led to the identification of the suspects and the eventual termination of Ishan’s job.

Incidentally, Coinbase, which recently was rated the best crypto exchange, has been at the fore of the battle against securities violations. In 2019, it launched a crypto rating council to help assess how likely a digital asset is to violate US security laws. Despite its best efforts, the insider trading problem still plagued the company. Reports show that over $1.7 million was generated in profits through this illegal activity since February 2021.

Meanwhile, the SEC claims that at least nine of the involved digital assets are securities and has taken aim at the firms and tokens listed. The digital assets involved are Amp, RLY, DDX, XYO, RGT, LCX, POWR, DFX, and KROM. However, its stance has drawn a rebuke from fellow market regulators Commodity Futures Trading Commission (CFTC).

“The SEC’s allegations could have broad implications beyond this single case, underscoring how critical and urgent it is that regulators work together. Regulatory clarity comes from being out in the open, not in the dark.”

Do you think insider trading is a more widespread problem across the crypto industry that requires stringent laws to regulate? Let us know your thoughts in the comments below.