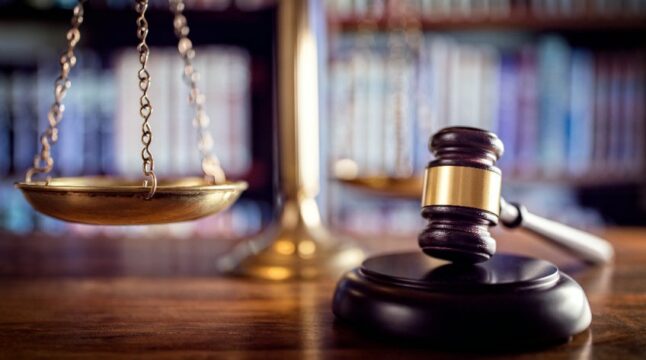 CDC has submitted a "friend of the court" brief in the US SEC lawsuit against Ripple Labs.

Chamber of Digital Commerce (CDC), an American advocacy group that promotes blockchain technology, has submitted an amicus curiae brief (literally “friend of the court”) in the US Securities and Exchange Commission (SEC) lawsuit against Ripple Labs. The move came after Judge Analisa Torres granted the cryptocurrency lobby group a motion for leave to file the brief.

On Wednesday, Judge Analisa Torres of the US District Court for the Southern District of New York granted CDC permission to file an amicus curiae brief. Subsequently, the cryptocurrency lobby group submitted the brief on the same day.

In the brief, CDC said currently no federal law governs the legal state of blockchain-based digital assets. The US has expressed flexibility in modern applications, but “some rigidity manifests when decades-old law faces some of the more unique aspects of blockchain technology,” the company said.

The SEC-Ripple case includes an analysis of the factors established for the initial offering back in 1946. The Court is considering whether Ripple’s offering of XRP tokens meets the four-prong test under Howey. However, CDD said that “legal precedent is limited to the application of Howey to initial offerings of digital assets.”

“On the other hand, if this Court decides to consider the status of the underlying asset in subsequent sales after the initial offering, we want to remind the Court that there is no legal precedent on this issue. This lack of clarity has had a significant, chilling effect on both U.S.-based digital asset network developers and potential market participants.”

An amicus curia is an individual or organization that is not a party to a legal case but is permitted to assist a court by offering information, expertise, or insight that has a bearing on the issues in the case. In simple terms, it is a person or group who is not a party to an action but has a strong interest in the matter.

In a press release last week, CDC said that the SEC-Ripple case has the power to “shape the legal framework and rules of the road for the digital assets industry.” The lobby group added that it would not take a view in its brief but will highlight “that no federal law or regulation governs the legal characterization of a digital asset recorded on a blockchain.”

An amicus curiae can indirectly impact a court’s decision. It can suggest legal positions and examine policy issues, pointing out the consequences of a court’s action or inaction.

The SEC initially sued Ripple in December 2020 over allegations that the company, CEO Brad Garlinghouse, and executive chairman Chris Larsen engaged in illegal security offering through sales of XRP. On the other hand, Ripple argues that XRP should be treated as a virtual currency rather than an investment contract.

Nevertheless, the SEC and Ripple have both filed motions for summary judgment in the Southern District of New York, asking District Judge Torres to make an immediate ruling. Both parties have argued that the court has the required documents to make a verdict.

Meanwhile, Ripple’s native token XRP has rallied on the news. The token is currently trading around $0.433743, up by 7.7% over the past 24 hours. In comparison, the broader crypto market is either flat or in the red over the past day.

Do you think the Ripple-SEC case is nearing its end? Let us know in the comments below.