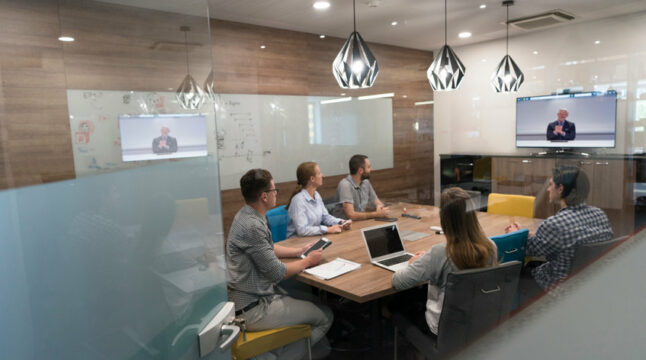 Ethereum’s 3,000+ dApps Prepare for “the Merge” in Crypto’s Y2K Moment

Will Ethereum's major overhaul break or make the crypto market?

Without understating it, the upcoming Ethereum Merge will be as important a milestone for the crypto space as the launch of lending dApps or NFTs. Although its date is yet undetermined, it should happen sometime in H2 2022.

Chase Devens, an analyst at the blockchain research firm Messari, frames it as a game-changing event:

“There’s never been, in the history of blockchain networks, a change on the scale of Ethereum’s transition from proof of work to proof of stake,”

Much relies on Ethereum’s Merge upgrade to go smoothly. Not only is Ethereum the second largest blockchain network with a $390 billion market cap, but it holds $121.8 billion locked in smart contracts across nearly 3,000 dApps.

For comparison, a recently released Bloomberg Intelligence (BI) report estimates that Exchange Traded Products (ETPs) for the crypto sector should grow to over $120 billion by 2028. Likewise, according to the report’s cash-to-flow model, Ethereum’s true value, when the upgrade is accounted for, stands at $6,128, which is 88% higher than its current price of $3,252.

In other words, the post-Merge period is poised to add $343 billion to Ethereum’s market cap. Accordingly, Mark Cuban, the billionaire who is known to get burned on DeFi’s more fringe projects, is very bullish on the upcoming Ethereum milestone.

Why is the Merge So Important for Ethereum?

In March 2021, the Tokenist covered in great detail why Ethereum is the most likely winner of smart contract wars. Such a forecast is not only based on its highest developer count and the number of dApps (nearly 3,000) but also on its abandonment of the proof-of-work consensus.

This is what “the merge” is all about. On December 1, 2020, Beacon Chain launched as Ethereum’s future proof-of-stake blockchain. Following the Kiln testing stage this March, as the last one before the Merge, the old proof-of-work chain will “dock” with the proof-of-stake (PoS) Beacon Chain.

By becoming fully PoS, Ethereum will no longer use computational mining to process transactions and add new blocks. Instead, economic staking via validators will take over completely. Already, there are 10.69 million ETH staked in the new Ethereum, or $34.3 billion.

In turn, docking with Beacon Chain, aka the Merge, is poised to reduce Ethereum’s carbon footprint by 99.95%, by reducing its electricity consumption, according to the Ethereum Foundation. In practice, this means that we no longer will we see lopsided graphs like this one.

Instead, the new Ethereum will join the ballpark range with the rest of the PoS blockchains that were launched as such from the beginning.

Needless to say, given how much emphasis the corporate/media structure places on sustainability, such a transformation is likely to open floodgates to institutional investing. One only has to look at the push for environmental, social, and governance (ESG) investing by BlackRock, the world’s largest asset manager with $10 trillion AuM.

As stock traders have noticed, it is exceedingly difficult to find any publicly-traded company without significant BlackRock/Vanguard staking.

At the turn of the millennia, the media was in a frenzy warning about a doomsday bug, dubbed the Millennium bug or Y2K glitch. To save on data, on then small and expensive storage solutions, legacy software was counting four-digit years with only the last two digits. After all, it was the second half of the 20th century that saw the emergence of digital technology.

Because many computer systems were tied into the banking, electricity, and supply chain infrastructure, the Y2K scare turned into massive proportions, as if an apocalyptic event was about to occur.

However, despite doom forecasts that ranged between $400 million to $600 billion in damages, nothing of such proportion happened, as programmers took appropriate preventive measures. Likewise, Ethereum developers will have to take similar measures for the Merge to be a nothing-burger in terms of bad happenings.

These can range from bug exploits, like the $600 million Axie Infinity hack, to miners creating an alternative Ethereum network with a hard fork. The latter is exactly what happened during Ethereum’s network upgrade in August 2020 when a bug caused the temporary forking of the network into two separate chains.

Likewise, in August 2021, many Ethereum dApps went down because of the Geth upgrade. Go Ethereum (Geth) is a command-line interface for Ethereum nodes, running on the Go programming language. At that point, it accounted for 75% of Ethereum’s nodes, while it makes 85.26% of Ethereum clients now.

In other words, anything related to coding is prone to bugs. For a blockchain network of this size, with over 334,000 validators, any major mishaps are likely to break the crypto market for a lot longer than the usual bearish period. Nonetheless, this is why Ethereum underwent several stages of testing.

On the upside, if the transition goes smoothly, Ethereum may trigger a massive bullish wave overwhelming the entire crypto market.

Do you think the Merge will end up dethroning Bitcoin as the number one cryptocurrency? Let us know in the comments below.