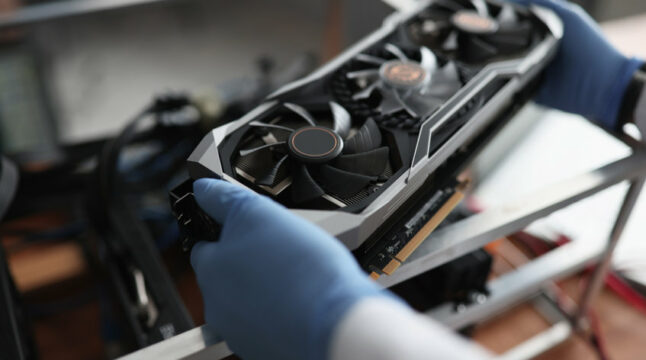 If Ethereum 2.0 Consumes 99.98% Less Energy, Will Institutions Jump In?

Ethereum's transition to proof-of-stake could open the floodgates of institutional inflows.

This year is heading to be arguably one of the most exciting periods for Ethereum investors. Originally slated for a 2019 release, Ethereum 2.0 upgrade is closer to completion than ever, and it could possibly unleash a wave of institutional demand for the smart contract platform.

Ethereum Will Evolve from Proof of Work to Proof of Stake

At the center of the excitement is Ethereum’s transition from energy-intensive proof-of-work (PoW) to proof-of-stake (PoS), dubbed “the merge”. On March 14th, the Ethereum Foundation announced the Kiln merge testnet, following last December’s Kintsugi.

“This merge signals the culmination of six years of research and development in Ethereum and will result in a more secure network, predictable block times, and a 99.98%+ reduction in power use when it is released on mainnet later in 2022.”

Kiln marks the last public testnet before the Merge deployment. Although Kiln explorer did expose some contract creation errors, it was largely considered a successful test, having reported two-thirds of validators correctly finalizing PoS transactions. In the second half of 2022, the Beacon Chain as the PoS Ethereum spine should come online, as explained in our Ethereum 2.0 roadmap.

How Ethereum 2.0 Could Bring Down Electricity Consumption by 99.98%

Coincidently, on the same date of Kiln’s announcement, March 14th, the European Parliament’s economic and monetary affairs committee voted 30-23 to not include a section on banning proof-of-work mining from the Markets in Crypto Assets (MiCA) draft. There was significant concern that the ban on proof-of-work could have been enacted, which would have put Ethereum’s future in jeopardy.

The impact of cryptocurrency on the environment has become a permanent issue for mainstream media. Most stories follow the usual pattern – ‘Blockchain X Uses the Same Amount of Electricity as Country Y‘. In Ethereum’s case, that comparable country would be the Netherlands, at estimated 114.8 TWh annual energy consumption as of 2020.

By ditching proof-of-work (work as in energy-hungry computing power for ASIC miners) in favor of economic staking, Ethereum is leaving behind this energy-intensive legacy. As the Ethereum Foundation noted, the network’s 99.98% electricity usage reduction is expected by the end of the year.

After Environmental Concerns Addressed, Institutional Inflow May Increase for ETH

There are several indicators that possibly point towards Ethereum’s resurgence. First of all, the brand new Ethereum consensus layer has already 10.6 million ETH staked, presently worth $31 billion. This means that validators’ staking pool to secure Ethereum’s network is larger than Cardano’s entire market cap, currently at $30.8 billion.

Then, there is the network’s deflationary mechanic hard at work. When we reported on the EIP-1559 proposal last August, which tweaks ETH gas fee pricing mechanic, 4,700 ETH were burned. Since then, just over 2 million ETH were permanently removed from circulation (burned), worth about $5.8 billion and delivering $8.9 billion gas fee rewards.

At one point in August, Ethereum’s net inflation was even lower than Bitcoin’s, at a 1.11% annualized inflation rate. With the full PoS deployment that drastically reduces energy consumption, daily ETH issuance should see a new low, having already lowered by 1.55% from a year ago.

To top it off, there is a record low Ethereum reserve across exchanges, indicating a supply shock is incoming. Meaning, as less ETH becomes available for purchase, it is poised for a premium price tag.

Lastly, Ethereum has been outperforming Bitcoin for the last five days by 5%.

In conclusion, retail investors may see through the energy consumption narrative for what it is, but institutional investors will no longer have to worry about a backlash when investing in Ethereum.

As of today, Ethereum has a massive ecosystem of 2,945 dApps out of a total of 3,734 across all blockchains. This formidable 78% dApp market share dominance is waiting for institutional inflow to surge once the Beacon Chain shines a new era for Ethereum.

Have you joined Ethereum’s staking pools in preparation for ETH 2.0 transition? Let us know in the comments below.