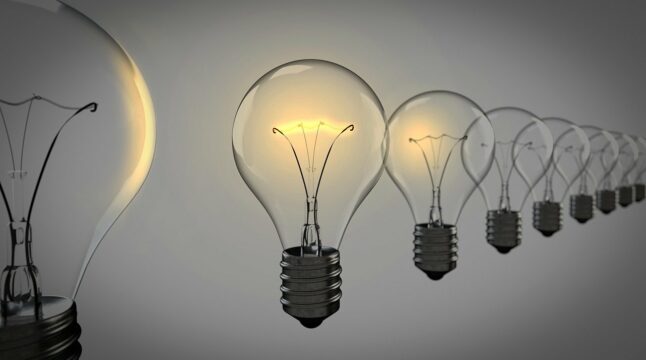 Ethereum's transition to PoS removes the need for miners, which would drastically reduce the network's energy consumption.

One of the biggest criticisms leveled against cryptocurrencies is their high energy usage and carbon footprint. However, developers at the Ethereum Foundation have published a proposal for reducing Ether’s energy costs.

Danny Ryan, a researcher at the Ethereum Foundation, said the proof-of-work (PoW) mechanism is estimated to use around 45,000 gigawatt-hours per year. However, this figure could drop massively and decline by more than 99% after Ethereum transitions to proof-of-stake (PoS).

Ethereum’s massive energy consumption comes from miners, who are an integral part of the network because they validate transactions and secure the network. In simple terms, miners bundle transactions into blocks and add them to the Ethereum blockchain.

In order to verify transactions, node operators run the transactions independently and broadcast new blocks, making sure they are valid. After this, honest blocks are added to the blockchain while dishonest ones show up as an inconsistency between different nodes.

Notably, Ethereum imposes a mechanism called PoW, which is beneficial for two reasons. First, it makes sure that there is a cost associated with mining in the form of energy expenditure, which might drive away some dishonest miners. Second, the mechanism brings a factor of unpredictability, as it is not clear which node might submit the next block.

Miners are required to solve a random computational puzzle faster than any other miner, which creates energy expenditure issues. That is because miners tend to bring additional computational power to increase their chance of winning, creating costs in the form of energy usage.

For perspective, Ethereum’s PoW protocol “currently has a total annualized power consumption approximately equal to that of Finland and carbon footprint similar to Switzerland,”.

Concerns Regarding Transition from PoW

While transitioning from PoW has always been a fundamental goal of Ethereum, there are some concerns related to the consequences of such a move. For one, the network is determined to resolve energy expenditure concerns without sacrificing security and decentralization, which creates a significant technological challenge.

Nevertheless, Ethereum is now moving toward a greener future with the upcoming PoS mechanism, which removes the need for puzzle-solving. In turn, this removes the need for miners, who currently account for the sky-high energy consumption, as well as introducing validators.

Validators will do the same job as miners, except that they stake ETH as collateral instead of expending assets in the form of computational work. It also creates a strong incentive for being an honest and active validator as lazy validators (those who are offline when they are supposed to validate transactions) would lose some of their staked ETH, while dishonest ones could lose all of their assets.

Meanwhile, Ethereum is expected to reduce its energy consumption by 99.95% following this transition. After doing some math, the Ethereum Foundation also claimed that Ethereum will use ~0.4% of the energy used by Visa for the same number of transactions following the migration.

A recent report from UK financial site MoneySuperMarket claims that each Bitcoin transaction consumes 1,173 kilowatt-hours of electricity. For perspective, that could power a US household for six weeks and is “enough to power the typical UK home for more than three months.”

“Based on the number of Bitcoin transactions that took place over a 12 month period, we estimate that the total energy usage to be roughly 123 Terawatt Hours (TWh) or 123 billion kWh. This means that Bitcoin alone uses more energy than 185 countries and is comparable to the annual energy consumption of Norway.”

However, it is worth noting that Bitcoin mining is increasingly moving towards a greener future. This is evident from miners tapping into wasted gas and nuclear microreactors, as well as El Salvador using volcanic geothermal energy.

Furthermore, the Bitcoin Mining Council, which consists of 29 mining companies that represent 33% of Bitcoin’s mining network, said in its Q3 report that Bitcoin mining is “rapidly becoming more efficient.” The report also noted that Bitcoin mining is “powered by a higher mix of sustainable energy than any major country or industry.”

When do you think Ethereum might transition to PoS? Let us know in the comments below.