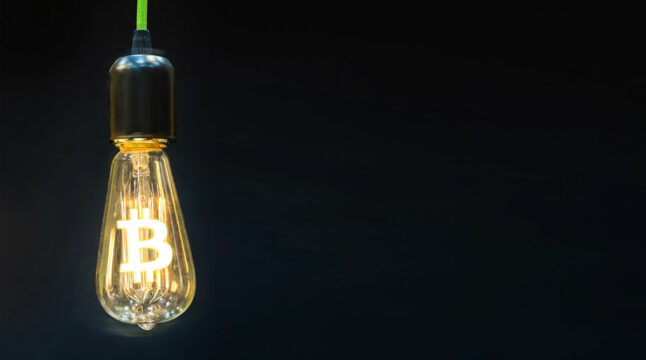 Under mounting eco-driven pressure, Bitcoin mining has grown more green and efficient than ever before.

Upon closer examination, mainstream narratives tend to fall apart. The same is true when we examine and properly contextualize Bitcoin’s carbon footprint, courtesy of the Bitcoin Mining Council.

Over the years mainstream Bitcoin coverage has slowly shifted in tone. Within the first half of the decade, since Bitcoin launched in 2009, it was commonplace to tie Bitcoin to the internet’s dark underbelly and shady dealings.

As crypto adoption increased regardless, the MSM narrative slowly shifted to talk about Bitcoin’s energy waste. The headline recipe became simple: ‘Bitcoin uses as much energy as X country’.

This begs the question: if Bitcoin’s blockchain network does use an equal amount of electricity as X country, is this good or bad? As a global payment and wealth storing network, should it use less or more? In other words, against which metric is fair to say what level of energy Bitcoin deserves to use?

In May, we attempted to answer that question by covering the Galaxy Digital study. It revealed that the banking industry uses 2.1x more energy than Bitcoin.

Does that mean banks’ data servers are extremely wasteful and should be treated as such by the MSM headlines? On top of that, there is the matter of an exceedingly long carbon footprint tail the current financial infrastructure drags along:

These are all activities that leave a heavy carbon footprint. At the same time, to access blockchain finance one only needs a smartphone. More importantly, if we take the carbon footprint metric at face value, can the destabilizing effect of central bank money-printing even be measured?

By now, it is clear that a drastic increase in money supply increases inflation, yet the effect of inflation on the environment is a barely broached subject. While inflation erodes the living standards of most people, we can also see that less-developed nations tend to pollute more because there is less incentive to invest in post-industrial cleanup and renewable technologies. They are simply viewed as luxuries, as demonstrated by IQAir’s extensive pollution ranking of countries.

To secure its trustless network that now holds over one trillion dollars in market capitalization, Bitcoin uses around 106.3 Terawatt hours/per annum, according to the Cambridge Bitcoin Electricity Consumption Index. This represents 0.55% of global energy output. If such a level of energy consumption is justifiable or necessary, is a matter of one’s perspective.

From this single perspective, 0.5% of global energy expenditure is a small price to pay for creating an alternative financial system. However, the more salient point is that not all energy is created equal. Bitcoin’s carbon footprint doesn’t directly translate from its energy expenditure but what kind of energy sources it uses.

The Tokenist had already covered a strong push to make Bitcoin go fully green. This ranges from tapping into wasted gas and nuclear microreactors to El Salvador’s volcanic geothermal energy. This is not only important to counter unfavorable MSM headlines, but to also counter the upcoming environmental thresholds imposed by the UN – the Corporate Environmental Responsibility (CER) framework.

It turns out, the Bitcoin Mining Council is way ahead of the green game. It consists of 29 mining and DeFi companies, representing 33% of Bitcoin’s mining network. Some notable ones are:

In short, Bitcoin Mining Council is a list of who’s who in the blockchain space. In its most recent report for Q3 2021, Bitcoin’s position is further fortified as green. While the report estimates Bitcoin’s global energy usage at 188 TW/h, it also arrives at 0.5% electricity drain. However, of that 0.5%, Bitcoin’s mining network siphons 0.38% of the world’s wasted energy.

This finding that Bitcoin uses 76% of energy that would have gone to waste is corroborated with previous reports. Specifically, two years ago, CoinShares issued a report concluding that 74% of Bitcoin mining utilizes renewable energy. If we were to look at the comparison by nation narrative, Bitcoin’s annualized electricity use represents only 0.122% on the global stage, if the wasted part is subtracted.

Moreover, according to BMC data, the Bitcoin mining network is ahead of Europe’s leaders in renewables. For instance, BTC’s 65.9% primary sustainable energy TW/h percentage is ahead of Germany’s 48.5%. The most telling part is that Bitcoin’s much-maligned energy usage is still less than both video gaming and holiday lights, not to mention three times lower than gold mining.

Moving forward, computing power efficiency has also drastically increased, by 42x, as one would have expected from Moore’s Law. From this, the report concludes that not only will Bitcoin mining tap into more renewables, but become even more energy efficient in the next eight years.

Do you think this data is sufficient for Elon Musk to bring back Tesla BTC payments, or is it more likely he will continue to ignore it? Let us know in the comments below.