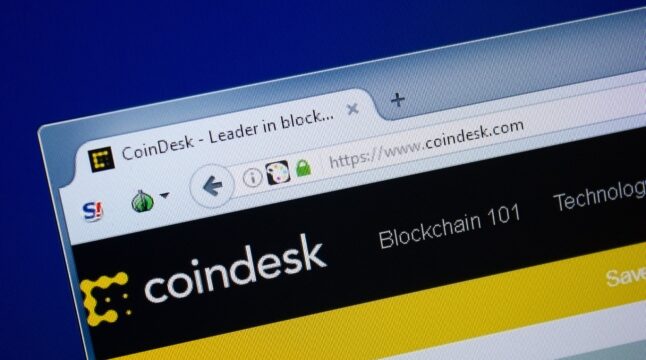 CoinDesk, one of the largest digital asset-focused media outlets, reportedly sought help from investment bankers to help it sort out offers from potential buyers. Already in late November 2022, the website’s parent company—the DCG—started receiving offers to sell it.

According to a Wednesday report, the media website CoinDesk sought help from investment bankers from Lazard Ltd. to sort out the numerous acquisition offers it has been receiving lately. CoinDesk’s CEO Kevin Worth confirmed the report telling the Wall Street Journal that “over the last few months, we have received numerous inbound indications of interest in CoinDesk”.

CoinDesk, which organizes the annual Consensus Conference and has a reported yearly revenue of $50 million, is a subsidiary of Barry Silbert’s Digital Currency Group. The DCG is currently facing its own issues over the fate of another of its subsidiaries—Genesis Global—which is allegedly preparing for imminent bankruptcy.

Already in November of last year, shortly after the collapse of FTX, it was alleged that the Digital Currency Group started receiving offers from buyers interested in the acquisition of CoinDesk. At the time, it was reported that one of the offers valued the media outlet at $300 million.

Why is DCG Facing Problems?

The Digital Currency Group became fully embroiled in the FTX contagion on November 16th when the lending arm of one of its subsidiaries—Genesis Global—halted withdrawals. The freeze came just days after the DCG injected $140 million into Genesis to help cover its $175 million shortfall revealed shortly after Sam Bankman-Fried’s company filed for bankruptcy.

Genesis hired restructuring advisors from the law firm Moelis and Company after it reportedly failed to secure $1 billion in rescue funds in mid-November. It has also been shadowed by rumors of impending bankruptcy for almost as long as the withdrawals have remained frozen.

The Digital Currency Group and its CEO Barry Silbert found themselves at the center of a public feud with the Winklevoss twins of the Gemini Trust, a company severely impacted by Genesis’ issues. Gemini terminated its Genesis-affiliated Earn program in January, and Cameron Winklevoss published two harsh open letters, the latter of which called for the removal of Barry Silbert.

Last week, both Genesis and Gemini found themself in legal trouble when the SEC unveiled its action against two companies accusing them of unregistered securities offerings. On January 17th, Silbert announced that the DCG would stop paying quarterly dividends in an effort to conserve cash.

Do you think the DCG will agree to sell CoinDesk? Let us know in the comments below.