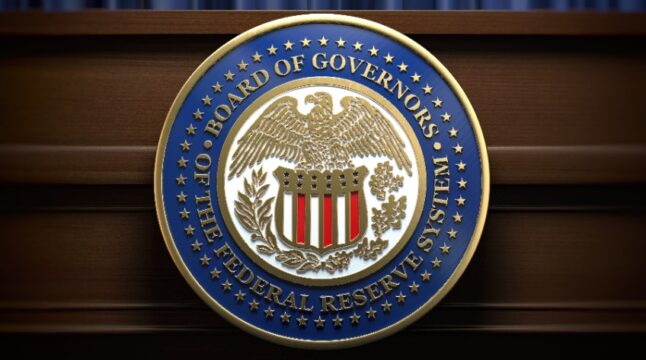 Stocks and crypto rallied on Wednesday after Powell signaled the Fed could slow down its rate hike.

Federal Reserve Chair Jerome Powell has recently signaled that the central bank may increase its key interest rate by a smaller increment at its December meeting. Following the news, Bitcoin managed to reclaim the $17,000 mark while the Dow Jones Industrial Average jumped over 2%.

In a speech at the Brookings Institution, Powell suggested that the central bank may increase its key interest rate by a half-point. However, he reportedly stressed that the smaller hike doesn’t mean the Fed will ease up on its inflation fight. He said:

“It is likely that restoring price stability will require holding (interest rates) at a restrictive level for some time. History cautions strongly against prematurely loosening policy.”

The smaller increment at the December meeting will come after the Fed has raised rates by three-quarter points for four straight months. As reported, the central bank increased the rates by 75 points in a unanimous decision in early November during its 7th and penultimate FOMC meeting of 2022.

Powell acknowledged that the smaller rate hike comes as there has been some good news on the inflation front. Over the past months, the costs of goods such as cars, furniture, and appliances have decreased. Moreover, rents and other housing costs, which make up about a third of the consumer price index, are expected to abate next year.

However, the costs of services, which includes dining out, traveling, and health care, are still in the upper trend. “Despite some promising developments, we have a long way to go in restoring price stability,” Powell said.

In October, inflation slightly eased to 7.7%, compared to September’s CPI reading of 8.2%. Core inflation, which excludes energy and food costs, hit 6.3%, down from 6.6% in the previous month. Inflation soared as much as 9.1% in June, its peak and the highest level in more than 40 years.

Back in September, Fed officials predicted that they would ultimately push their short-term rate to a range of 4.5% to 4.75% by next year. Powell suggested that rates will likely go higher than that, with some economists predicting the Fed’s key rate to rise to at least 5% to 5.25%.

Markets Rally as Rate Hike Could Slow Down

On Wednesday, markets registered some gains after Powell suggested the Fed could slow down its rate hike. Bitcoin reached a two-week high of around $17,200, gaining around 5%. Ethereum, the second-largest cryptocurrency, reached $1,290, up by around 5%.

Meanwhile, the U.S. economy grew at a 2.9% annual pace in the third quarter despite high-interest rates and chronic inflation, a report by the US Bureau of Economic Analysis said. “The increase in the third quarter primarily reflected increases in exports and consumer spending that were partly offset by a decrease in housing investment,” the report said.

GDP had shrunk in the first two quarters of the year. However, the economy is expected to further expand in the fourth quarter of the year, with estimates varying from as much as 4% to less than 1%.

Nevertheless, Bitcoin is currently trading at around $17,100, up by 1.0% over the past day. The leading cryptocurrency is down by more than 16% over the past month, which is largely attributed to the collapse of FTX in early November.

How do you think the crypto market would react to the upcoming rate hike? Let us know in the comments below.