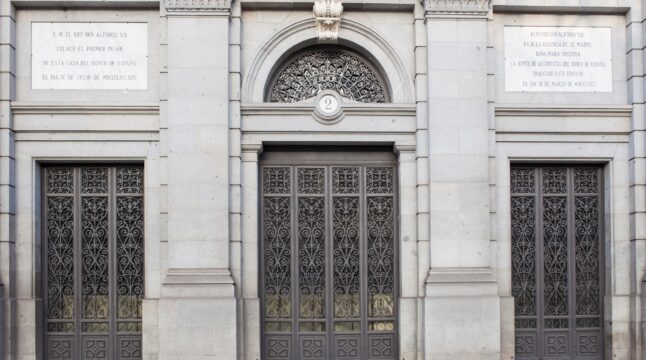 Bank of Spain just authorized the closed testing phase for a euro-linked digital currency with the hopes of it becoming the “embryo” of the digital euro.

According to local reports from January 18th, the Bank of Spain authorized Monei, a private fintech company, to issue its EURM Euro-linked token. Allegedly, the issuance of the token is intended as a preliminary test for the digital euro and Spain is hoping it will become the core of the project.

On January 18th, the Bank of Spain (Banco de España) authorized Moeni to issue a euro-linked token. The digital currency will be available to a select number of users through a specialized app. The users will deposit euros and will receive an equal amount of the token in return. Monei’s token is intended to be interchangeable with euros at all times.

The project is developed within Spain’s financial sandbox framework and is intended to become the “embryo” for ECB’s digital euro project. After the initial, closed, testing phase is complete, the Bank of Spain is to review the results and decide whether Monei’s tokens are to be made available to the general public.

The digital euro has been in the works for years and already in the summer of 2021, the European Central Bank launched the “investigation phase” for the Union’s digital currency. At the time, it was expected the phase would last until 2023. Even earlier than that, France’s central bank was revealed to be testing the digital euro, and, last September, it showcased use cases for the CBDC.

How Close are We to Widespread CBDCs?

Already in January 2022, the Bank of America reported that it deems a digital dollar to be “inevitable”. More recently, both the BoA and IBM’s Web3 Executive Partner Shyam Nagarajan stated they believe that CBDCs in general are the future of money and payments. Furthermore, by the end of last year, around 100 countries worldwide were in some stage of exploring and developing their central bank digital currency.

In 2020, the Bahamas became a CBDC pioneer when it rolled out its Sand Dollar. The island nation was soon followed by China and Nigeria and in 2023, the Chinese e-Yuan is probably the most widely-used central bank digital currency, although a report from 2022 noted that most of the traffic pertaining to the digital yuan was centered on the technology hub of Shenzhen.

Last year, the United States also showed a growing interest in its own digital currency. White House’s framework for the regulation of digital assets also focused on the exploration of the potential benefits of an e-dollar. Furthermore, in October, a House Committee asked that the DoJ provide its legal assessment of a potential national CBDC.

Do you think Monei’s token will become available to the general public after the initial testing phase is completed? Let us know in the comments below.