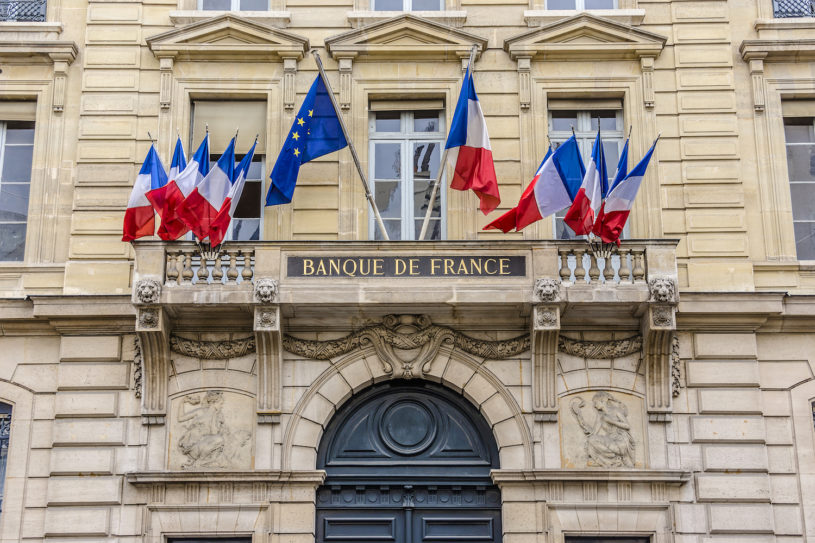 The Central Bank of France is Now Testing a Digital Euro

On March 27th 2020, the Central Bank of France announced plans to test a digital Euro. The experiment aims to test a digital version of the Euro in the area of interbank clearing and settlement — and its impact on monetary policy.

Central Bank Digital Currencies (CBDCs) continue to rise in popularity. In February 2020, US Federal Reserve Chairman Jerome Powell said every central bank is looking at CBDCs. The central bank of France is now the latest to take a look.

In a statement, the central bank of France said,

“The aim is to explore the potentialities offered by this technology, and to identify concrete cases integrating Central Bank Digital Currencies in innovative procedures for the clearing and settlement of tokenized financial assets.”

To conduct these tests, the central bank of France is seeking applicants. The deadline for application is May 15, while the month of June is reserved for interviews and those selected will be notified by July 10.

In order to qualify, applicants must operate within the European Union or the European Economic Area. Applications must include proposals which target one of the following use cases:

The central bank clarified that no money will be created as a result of these experiments. According to the statement,

“The Banque de France will not engage in money creation in the context of these experiments. The token reflecting the amount in euros in digital form will be destroyed at the end of the accounting day on which payment was made.”

The Growing Interest in CBDCs

Distributed Ledger Technology (DLT) continues to see implementation in the regulated world of finance. The first major wave was security tokens, where DLT has been implemented to power the issuance, secondary market trading, clearing, and settlement of traditional financial securities.

Around the same time, stablecoins boosted in popularity. They’re typically pegged to real world assets, including the leading currencies of the world, to bring stability to the volatile crypto market.

Yet now, CBDCs are seeing more interest than ever before. The Bank of England recently announced an exploratory project with central banks from Japan, Canada, Sweden, Switzerland, and Europe. The consortium will work together in assessing “the potential use-cases” of a CBDC.

What do you think about the French central bank testing a CBDC? Will the Euro eventually be recorded via Distributed Ledger Technology? We want to know what you think in the comments section below.