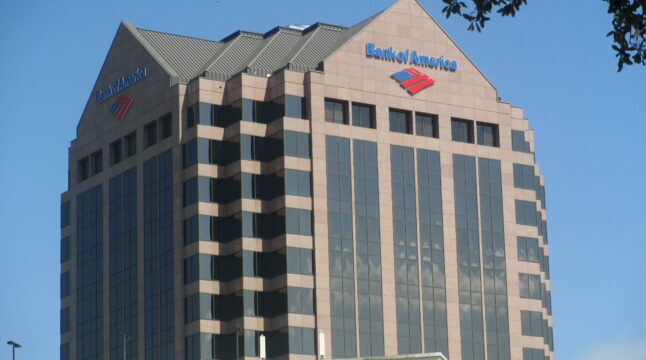 A report by the Bank of America has examined the performance of Bitcoin, altcoins, and NFTs in 2021

Entering Q4 of 2021, things are looking bright for Bitcoin and the entire crypto ecosystem. After a US crypto ban is seemingly off the table in the short term, the Bank of America’s digital asset overview further invites investors to join the emerging tokenized economy.

Bank of America (BoA), the world’s second-largest bank after JP Morgan Chase, has issued a new report on the crypto space. The first one was published on March 17, 2021, titled “Bitcoin’s Dirty Little Secrets”. The latest, titled “Digital Asset Primer in Brief: Only the first inning” by Alkesh Shah, examines cryptocurrencies and places them in the context of other assets, such as equities and commodities.

While BoA sees Bitcoin as the driving force behind the digital asset ecosystem, accounting for almost half of its $2 trillion value, it sees the future are lying in smart-contract-powered dApps. When push comes to shove, dApps are capable of replicating the bank’s core borrowing, lending, exchange, and insurance business model.

To showcase the growing corporate interest in blockchain technology, BoA partnered with its Predictive Analytics team to use Natural Language Processing (NLP). The results revealed 161,322 instances of digital assets in earning call transcripts from Q1 2009 to Q3 2021, with explosive growth seen during this year.

Speaking of keywords, the 141-page report contains 7 instances of “bullish”. The caveat is that, in the short term, there may be some regulatory hurdles creating FUD and volatility. However, in the long run, BoA seems to be confident that the digital asset ecosystem is “too big for institutional investors to ignore“, further noting that “this is not a fad.”

The reason for BoA’s bullishness, urging investors to embrace crypto, can be explained with two charts. One depicts the technology adoption curve, as relating to crypto.

By the end of the decade, half of the world’s population is expected to participate in the blockchain ecosystem and to own some kind of digital asset. The reason for this is simple. Barring aggressive regulation, the financial system, as we know it today, can be entirely tokenized and accessed via smartphone apps. In turn, those that get in on crypto early stand to profit the most.

Although Bitcoin could surpass $1 million per BTC in the latter half of the 2020s, based on the stock-to-flow model, latecomers will have fewer gains compared to early adopters. Most importantly, the BoA report is quite honest about the key driver of decentralized digital assets.

“The nature of a decentralized blockchain network is that it’s trustless; you don’t need to trust, or even know, other network participants for the network to function properly. Our current monetary system requires us to trust banks, credit card companies and the Fed to maintain the system.”

Here are some other notable insights the BoA report brings to the table.

Being first tends to create a powerful network effect momentum. Social media companies, such as Twitter and YouTube, know this all too well. Bitcoin is no exception. It has gained a larger market cap than Tesla, but less than Big Tech giants and Gold — which remains at number one with a market cap that is 11x higher.

In terms of performance, Bitcoin is the second-best performing asset YTD (year-to-date) at 63%, compared to 10 other assets within the same market cap range.

Moreover, BoA notes that Bitcoin’s volatility has decreased over time, as ownership and adoption increases. It rates BTC annualized volatility at 70%, which is a significant improvement from 2013’s 300%. Of course, crypto investors know that Bitcoin volatility is a double-edged sword. The positive side – higher gains – will decrease over time as more investors join the Bitcoin network.

Relevant to Bitcoin’s Q4 2021 period, the report tags BTC supply and demand dynamics and ETF approval timing as critical for its price moves. We have covered both extensively this week. In particular, how a futures-based Bitcoin ETF could temporarily cause a price crash, and the impending supply-shock effect on Bitcoin’s price.

While Bitcoin spearheaded the case for digital assets as a concept and as a deflationary store of wealth, altcoins are becoming more popular. Across social media, Bitcoin interest is waning while smart contract platforms – Ethereum, Solana, Cardano, Polkadot – are becoming more popular. As a memetic coin that has arguably relied on Elon Musk’s tweets over the past few months, Dogecoin took a large portion of digital asset mentions.

Nonetheless, NFT volume is still far behind the volumes seen in crypto trading. Given that NFTs represent speculative digital art collectibles – about 90% of the market – this is predictable. However, NFTs do create a secondary resale market, in which NFTs on average reach higher prices.

BoA suggests further NFT adoption by large corporations as both a branding tool and a method of authentication, noting Nike’s US patent to create collectible sneakers being used as tradeable digital assets. We have recently noted this trend with TikTok NFTs, by comparing already high demand for digital assets in non-blockchain games like Fortnite.

Perhaps the most valuable BoA report insight is comparing digital assets based on their inherent risk levels. This crib sheet will no doubt come in handy for future investors.

On a spectrum between regulatory restrictions and the failure to launch, the report includes notable crypto developments we previously covered on The Tokenist:

However, when it comes to CBDCs (Central Bank Digital Currencies) BoA also states the risk of bank runs along with scalability issues and AMC/KYC compliance. The report concludes that the wider emergence of CBDCs is a strong possibility, saying that, “central banks from countries that represent over 90% of global GDP are reported to be exploring CBDCs.”

Interestingly, although BoA observes that CBDCs are inevitable, it doesn’t mention its key issue – programmability. For example, both the Bank of England and the Bank of Russia are discussing CBDC programmability that could limit certain purchases. Furthermore, because CBDC could potentially be nothing less than surveillance money, they could also act as the most effective form of thought-policing ever envisioned.

Lastly, the report notes that “digital assets, such as bitcoin, may be targeted if central banks see risk to the payments system or credit flow disruption“. Fortunately, both Jerome Powell, the Fed Chair, and Gary Gensler, the SEC Chair, have eliminated such concerns in the last week by explicitly stating that cryptocurrencies won’t be banned. Upon rallying from its September losses, the good news resulted in Bitcoin’s breakthrough over $50k and it slowly heading toward its pre-May peak level at around $60k.

In a tokenized Finance 2.0, what role should banks occupy? Let us know in the comments below.