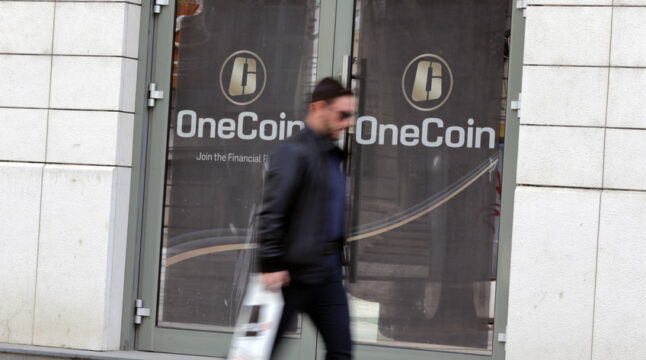 At What Point Can Cryptocurrencies Be Considered Ponzi Schemes?

Ethereum co-founder Vitalik Buterin explained why some stablecoins can act like Ponzi schemes while others don't.

When someone evokes the term “Ponzi scheme” in connection with any kind of asset or potentially alleged money-making theme, it’s only natural to start looking for the suckers. As it’s been said numerous times, if you look around the poker table and can’t identify the sucker, then it’s you.

So what about cryptocurrencies? Perma-bears run the gamut from those who simply argue that they aren’t worth anything to those who think they are nothing but a scam from grifters just waiting to take your money.

On the other hand, perma-bulls see nothing but blue skies for cryptocurrencies, no matter how bad things seem to get. So bitcoin is down by almost 40% year to date. Better buy the dip and hodl (hold on for dear life!). But what about stablecoins? Some would say they’re the future of cryptocurrencies or the bridge between fiat money and crypto.

Perhaps not, or at least it depends on how they are structured. The shenanigans involving the so-called stablecoin Terra (UST) should raise some serious questions about cryptocurrencies. Supposedly, Terra was pegged to the U.S. dollar, so one UST should always be worth US$1. However, the “stablecoin” plummeted as low as 26 cents at one point, so that should leave even perma-bulls asking, “Now, how can that be?”

The Terra coin has since been rebranded, but for the sake of this article, I will continue to refer to the now-de-pegged stablecoin previously called Terra by its original name, ignoring the rebranding. (For those who are wondering, the UST coin originally called Terra now trades as USTC under the name TerraClassicUSD.)

When Terra crashed, so did Luna, which was launched by the same company. The crypto market shed more than $500 billion via the collapse of those two cryptocurrencies alone. Usually, stablecoins peg their value to a currency like the U.S. dollar. However, Terra is actually an algorithmic stablecoin, which means it utilizes an algorithm to hold its value at around $1 by linking it to the supply of Luna.

Ethereum co-founder Vitalik Buterin published a blog post explaining algorithmic stablecoins, saying that there are two ways for stablecoins to turn out. The first is by charging “some kind of negative interest rate on holders that equilibrates to basically cancel out the USD-denominated growth rate built into the index.” The other is by transforming into a Ponzi scheme, providing its holders incredible returns until it suddenly collapses one day.

On the other hand, if the stablecoin’s price falls below the target, the system buys back and burns the stablecoins and issues new volcoins to fund the burn until the price returns to the target.

Buterin stated that some stablecoins do indeed act like Ponzi schemes because the system’s ability to avoid collapsing depends on a constant influx of new users. He also explained how RAI, another stablecoin that depends on ether, does the first of the two methods he gave for stablecoins.

In other words, a stablecoin’s use of a volcoin that’s inside its system requires more and more users to be added to the system to keep supporting the price of the stablecoin. However, RAI depends on the external asset ether, which means it has the possibility of implementing a negative interest rate to achieve balance in the stablecoin’s price.

Buterin’s advice for the crypto space is to “move away from the attitude that it’s okay to achieve safety by relying on endless growth.” He also said crypto developers should “evaluate how safe systems are by looking at their steady state and even the pessimistic state of how they would fare under extreme conditions and ultimately whether or not they can safely wind down.” Of course, passing those tests doesn’t necessarily mean the system is safe, but it’s an excellent place to start.

The Problem with Expecting Endless Growth

Economists and investors who watch all of Wall Street and not just the crypto markets should notice a key similarity between cryptocurrencies based on what Buterin said. Crypto developers who rely on endless growth for their coins could be a product of what we’ve been seeing on Wall Street over the last 10 to 20 years or so.

Multiple hedge fund managers have pointed out the problems with expecting the market to produce nothing but endless growth. Many have also highlighted the issues that have stemmed from central banks’ decision to keep interest rates as close to zero for as long as possible.

For example, Crispin Odey stated in a recent letter, “The authorities have long nurtured an environment in which equities and bonds managed a 5-8% return with low volatility in a world where interest rates never moved.”

Later in the same letter, he added, “Just as no investor under the age of 35 would think of buying anything but growth companies, so the consensus remains wedded to a world of unchanged prices and globalization and continuous government support for a perpetual increase in living standards.”

What Happens When ‘Endless’ Growth Ends?

This attitude has helped nurture expectations of endless growth and the concept that the market will never go down. Of course, the inevitable has happened, and the stock market has plummeted. Unlike in the pandemic drawdown in 2020, the stock market hasn’t come back in a few weeks, aside from some minor upward moves that don’t stick. In 2022, it’s far more challenging to uncover winners than it is to trip over losers on Wall Street.

In the same way, bitcoin is plunging, and it’s become clear just how closely the cryptocurrency is correlated with the tech-laden Nasdaq. The Nasdaq is also home to numerous growth companies that the general consensus calls for endless increases in their stock prices. Institutional investor involvement could be one reason why bitcoin has become increasingly correlated with U.S. stocks and the Nasdaq in particular.

There’s a pattern between the endless growth expected of tech stock prices and crypto prices. The same tech developers who once worked at those tech firms with the allegedly perpetually growing stock prices are now developing cryptocurrencies with the expectation that they will also grow perpetually. And these tech developers were likely attracted to those growth companies with stock-based compensation, furthering their expectation of endless growth in all their assets.

Is Bitcoin a Ponzi Scheme Too?

So does this mean every cryptocurrency is a Ponzi scheme? Christopher Joye of AFR certainly thinks so. By his definition, bitcoin “relies on the greater fool theory: that there is always a lesser mortal out there willing to buy some worthless crypto off you at a higher price.”

It certainly seems like bitcoin could be a Ponzi scheme by that definition. However, by that same argument, we could say that gold or almost any other asset is a Ponzi scheme too. We all buy assets because we expect them to increase in value so that we can sell them to someone else and turn a profit.

Unfortunately, this is where the markets got into trouble by expecting endless growth. Although the markets always come back, there is always a bear market somewhere in between. The problem isn’t with the bear market but rather with expecting that a bear market will never happen. The 2020 bear market happened so fast that it was over, and stocks were rising again before anyone had time to really ponder the crash. This time, it’s a different story.

The real question is whether bitcoin has any staying power and whether it will come back like stocks generally do. One can argue that bitcoin has no intrinsic value because it’s only worth what someone else will pay for it. However, that same argument goes for gold too, and even Warren Buffett won’t buy gold because it doesn’t yield anything. Neither does bitcoin. But the lack of any yield doesn’t make gold worthless, so we have to consider whether the same thing goes for bitcoin.

Do you think cryptocurrencies are Ponzi schemes? Share your thoughts in the comments section below.