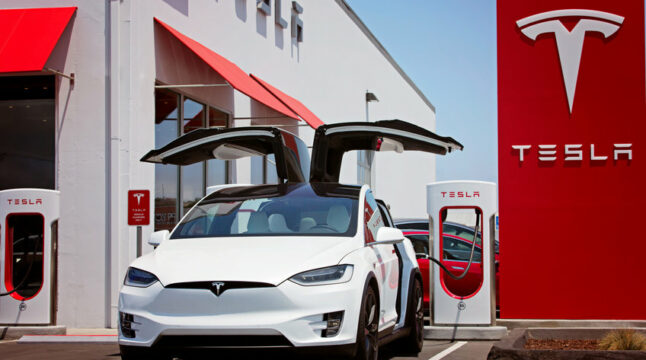 Cathie Wood's flagship fund is nearing a two-year low, but short-sellers believe the drop will be short-lived.

ARKK Investment’s funds have lagged significantly in the general market this year. These funds may continue to underperform because of significant headwinds like rising interest rates, commodities price inflation, and a decline in pandemic stocks. Despite the ETF growing significantly cheaper in recent months, staying away from it could be the right move in the present macroclimate.

However, technology and data analytics platform S3 partners have revealed that bearish investors in the Arkk Innovation ETF have reduced their short positions. This action indicates that some are anticipating a likely reversal of the fund.

ARKK Declines in the Face Of Macro Headwinds

During the initial phase of the pandemic, several investors took a keen interest in the stock market.  Lockdown boredom, stimulus payouts, ultra-loose monetary policy, and growing attention to the Covid-19 outbreak, certain company shares pushed their value higher. Some of these companies include Zoom and Roku.

Consequently, the ARKK Innovation ETF, which was well-positioned, saw its net asset value climb rapidly. This growth attracted additional investors, resulting in greater inflows, which allowed the fund to purchase more of its favored names. This led to a virtuous cycle that aided the ETF in rapidly increasing its assets under management(AUM) and net asset value. However, in 2021, many growth areas, including the electric vehicle industry, peaked and began to decrease.

However, since 2021, the ARKK ETF has continued to decline steadily. The slump has accelerated further in recent months, with the fund now trading at 65% below its all-time high price. Simultaneously, the fund has consistently underperformed the Nasdaq index since its inception.

Current global headwinds have been cited as the reason for the underperformance of the ARRK investment fund. The current high inflation, which hit a 40-year high combined with rising interest rates and fading pandemic tailwinds, has significantly affected its performance.

ARKK is known to invest in disruptive growth stocks, with most of its assets within the fields of electric car technology, software, or biotechnology. These stocks are known to underperform within the current global economic conditions. Data from Bespoke shows that nearly half of its traded shares have fallen by at least 75% from their five-year highs.

Despite the general malaise, Cathie Wood has continued to bet heavily on Tesla, without which the story would have been worse. The electric car company has been a relatively strong performer compared to other fund components. It has declined 16.4% from its high in November; however, that pales compared to other stocks.

Meanwhile, the strong performance of Tesla has led Ark Investment fund to review its price target for the stock. It raised its price objective on the electric vehicle maker from $3,000 to $4,600 by 2026. It noted the company’s potential Robotaxi business and forecasted that Tesla would become more capital efficient. Consequently, the bear case for Tesla is $2,900 by 2026, three times its current share price, whereas the bull case is $5,800.

Short Interest Rate Declines Could Imply a Possible Bottom is Near

According to S3 Partners, short interest in the Ark fund has declined by $205 million in the last 30 days. While there have been some additional short selling, it only amounted to $1.4 million, which was insufficient to counterbalance the market value decrease.

Consequently, the decline in short interest for the ARKK fund indicates the diminishing conviction of bearish investors. Although short interest in the funds increased by $2.8 billion in 2021, it has reduced by $692 million on net this year.

Despite the possibility of a bottom, investors have to consider the global macro headwinds before diving in. This is important as many analysts expect a recession to happen at any moment in light of the global economic challenges. Doing so can help them prevent further losses while giving them better entries to yield significant returns on their investments.

Do you think the ARKK innovation fund is close to bottoming out? Let us know your thoughts in the comments below.