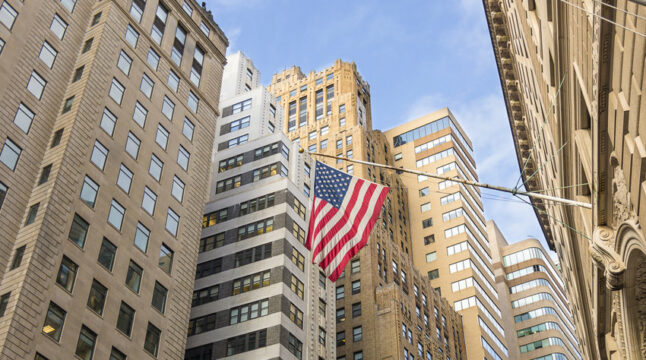 Amidst surging gas prices and growing inflation, the possibility of an economic recession heightens as the US yield curve begins to flatten.

The poor-performing US economy has been a source of concern for government officials and investors alike for a while. However, a new indicator shows that things may worsen soon, with a possibility of an upcoming recession.

Warning bells have started to go off as the US yield curve flattens. An inversion of the curve has historically seen a recession occur afterward, hence making it a good recession indicator.

Investors are now paying closer attention to the flattening US yield curve with the alarm bells sounding off. The indicator is the difference or spread between short-term government bond yields and their long-term bond rates. Usually compared are the two-year and ten-year treasury.

An inversion of the yield curve has previously served as a potential signal for a recession. Before the Covid-induced downturn in 2020, it reversed in 2019. It did so again in 2007, just before the Global Financial Crisis/Great Recession of 2008. As seen below, it also inverted in the early 2000s, before the dot-com/tech market crash.

As of Friday last week, the spread stood at 0.25%, with the ten-year yield earning about 2% and the two-year yielding 1.75%. The spread widened somewhat on Monday. The 10-year yield rose to 2.1%, and the 2-year yield also increased to 1.82%, putting the difference at 0.28%. Investors are concerned that the yield curve may invert if the spread narrows, implying that short-term rates will be higher than long-term rates.

The US government has reacted to the growing concerns over inflation. Marty Walsh, the US Labor Secretary, told reporters that a recession is “a genuine possibility”. He also pointed out the strength of the US economy together with its healthy labor market.

Also, the Federal reserves, which are expected to hike up interest rates this week, are monitoring the situation closely. An aggressive increase can cause the short-term yield to rise and invert the yield curve. This could also cause a slow down in the job market, which the Feds are also expected to monitor.

Despite the rising prices that followed Russia’s Invasion of Ukraine, the US economy suffered before the attack. It has been in a precarious state for a while now, which the conflict in Europe has only exacerbated.

Following the Covid outbreak and subsequent lockdown, the government has done its best to keep the economy going. It reduced interest yields and offered stimulus packages. These actions have led to growing inflation which the Feds sought to tackle by increasing interest rates across 2022.

However, the outbreak of war in Europe has pushed the US economy further into the doldrums. The conflict has elicited a surge in the prices of oil and gas and other commodities, causing US inflation to hit a forty-year high. But the situation is now expected to worsen due to growing fear that the flattening yield curve may invert.

However, despite historical precedence backing a recession following the yield curve inversion, the current speculation is not definite. With the US economy surviving the Covid pandemic and having great employment rates, a more severe shock would be needed to send it into recession. Investors, however, should be wary and monitor their investments closely to ensure they are not caught with their tails behind their backs by the possible recession.

Do you think the US Economy will spiral into recession given the current global macro headwinds? Let us know your thoughts in the comments below.