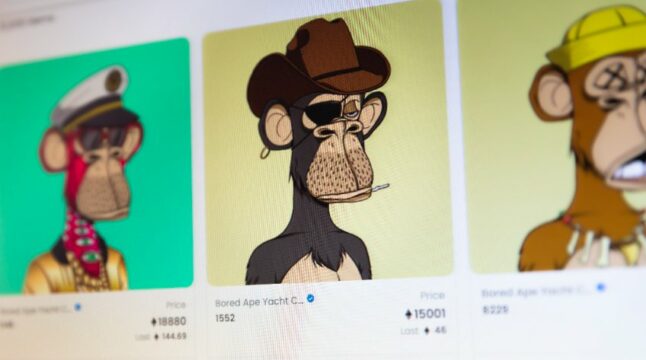 Yesterday, the Bored Ape Yacht Club (BAYC) community approved a proposal to use its native token APE to fund a 24 hours news site. The new portal, The Bored Ape Gazette, will cover news about the creators of the popular non-fungible tokens (NFT) collection Yuga Labs and the ApeCoin DAO.

ApeCoin DAO, BAYC’s community, approved the proposal dubbed AIP-70, which would see a portion of the ecosystem funds used to enhance and maintain the site. The total cost of undertaking this endeavor over the first year is estimated to be $150,000.

Accordingly, the ApeCoin Foundation will now work on implementing the proposal in line with decentralized autonomous organization (DAO) governance protocols. A DAO is a Web3 organization run by the community using a native token. IN ApeDao’s case, members vote based on the number of APE tokens they possess.

Incidentally, The APE DAO and the APE token were launched in March 2022, with Yuga labs airdropping the tokens to its NFT holders. This was part of the BAYC creators’ plans to become a Web3 media company leveraging the power of NFTs, eventually becoming a $4 billion company.

Consequently, the news outlet is part of Yuga labs’ effort to be a mainstream media company. It will feature the ApeCoin price chart, a DAO tracker that tracks governance votes, and an APE calendar. Also, a live sales ticker showing activity across all Yuga Labs projects would also be provided.

Furthermore, the use of Bored Apes in mainstream media continues to grow. It went from being used in music videos by rappers like Eminem and Snoop Dogg to having a feature movie. Coinbase, currently under investigation by the Securities and Exchange Commission (SEC), released the first part of its BAYC featured film, the Degen Trilogy.

The exchange shared a release of what looks to be the first chapter of their trilogy on Twitter. The five-minute film, titled “RUN THE CHAIN”, incorporates numerous BAYC non-fungible tokens (NFTs) and the ApeCoin. Coinbase further revealed that those who want their NFTs to feature in the upcoming parts must create a profile on the exchange’s NFT marketplace.

The general decline within the digital space has left no prisoners. Like cryptocurrencies seeing fallen prices, NFTs collections have also suffered drastic falls in floor prices and volumes. Last month, reports showed that interest in NFTs hit 0 on Google search.

Despite being one of the top collections and generally regarded as an NFT haven, the BAYC has not been immune to the waning interest. According to data from nftpricefloor.com, the collection’s floor price has declined 44% from its high of 153.5ETH to 85.7ETH. Its floor price also lost 8% in the last 7-days but is up 3% on a monthly time frame.

However, the latest trend of domain names gaining significant traction raises the question of whether the NFT picture for proof and profile pic (PFP) projects is dying slowly. Recently, the Ethereum name service (ENS) saw renewed interest which saw it surge to be the most traded collection on OpenSea.

Meanwhile, Unstoppable domains specialized in streamlining the NFT ecosystem, from URL domains to wallet payment addresses, have come to the fore. After completing the recent $65 million Series A funding round, Unstoppable Domains raised its valuation to $1 billion. Given its massive backing from venture capitalist firms, it looks like these domains will receive significant attention when interest in the space returns fully.

Accordingly, Coinmarketcap data shows that the APE token gained 5% in the last 24 hours. Its value grew from $6.75 to $7.01 at press time. Nonetheless, this is still significantly way off its all-time high price of $26.19 in April 2022.

Do you think the BAYC would help NFTs challenge the new trend of Domain names taking over the digital asset space? Let us know your thoughts in the comments below.