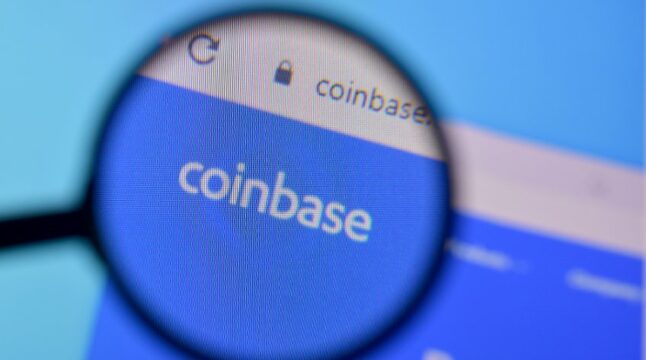 Jim Cramer said he's been waiting "for ages" for the SEC to launch an investigation into Coinbase, just months after saying Coinbase's stock price could hit $475 per share.

Hedge fund manager Jim Cramer said he’s been “waiting for this SEC investigation of Coinbase” for ages, he wrote in a tweet a few hours after the reports of the probe broke. Cramer’s remarks come just a few months after he said he expected Coinbase’s stock to hit $475 per share, a far cry from the company’s current share price.

Cramer Waited “for ages” for the SEC to Investigate Coinbase

The U.S. Securities and Exchange Commission (SEC) launched a probe into the digital asset exchange Coinbase Global to investigate whether the company allowed traders to buy digital assets that should have been registered as securities, according to Bloomberg News. The SEC’s scrutiny has increased significantly since Coinbase increased the number of listed tokens on the platform.

Jim Cramer, a hedge fund manager and a popular TV personality, weighed in on the reports of investigation, saying he has been waiting for it to happen “for ages.” “You can’t just do what you want with securities in this country,” he wrote in a tweet.

Cramer published the tweet just three months after he tweeted, “We like Coinbase to $475” – implying that he expected Coinbase’s stock price to skyrocket to $475 per share. Shares of the popular digital asset exchange fell sharply by more than 12% to just $58.7 per share at the market open. The stock is down more than 75% this year amid the broader crypto market drawdown.

Coinbase’s stock dropped sharply in May after the company missed revenue expectations in the first quarter and reported a decline in the number of users. Revenue fell 27% year-over-year while retail monthly transaction users plunged to 9.2 million, from 11.4 million in the previous quarter.

Last week, the SEC filed securities fraud charges against a former Coinbase employee and two other people, accusing them of insider trading. While the SEC did not accuse Coinbase directly of wrongdoing, the number 1 ranked crypto exchange opposed the agency’s claims that nine digital assets involved in the insider trading scheme were securities.

In response, Coinbase published a blog post dubbed “Coinbase does not list securities. End of story.” There, the company wrote it completely disagrees “with the SEC’s decision to file these securities fraud charges and the substance of the charges themselves.”

The SEC’s charges came just months after Coinbase announced an overhaul of its listing procedures to address previous insider trading allegations. One of the major changes was removing the ability that allowed users to analyze on-chain data and guesstimate which tokens are scheduled for release in the future.

Do you think the SEC’s probe into Coinbase was an expected move? Let us know in the comments below.