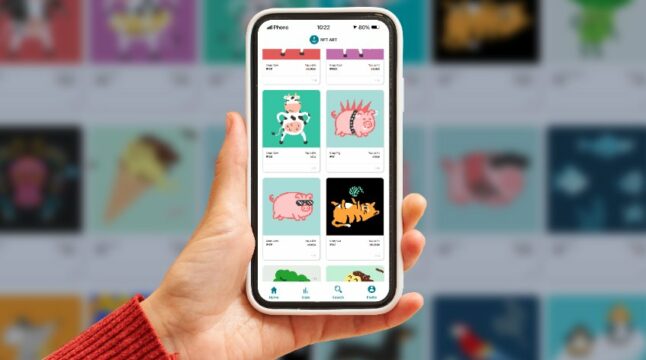 General interest in NFTs fade as the market downturn starts taking its toll on the young asset class.

When the bear is in town, speculators tend to flee the scene. This appears to be happening with the NFT markets right now, as Google search volume on NFTs hits zero. This represents a return to early 2021 when the NFT market was just becoming a known quantity but seen by many as a bubble.

NFT sales hit $25B in 2021 as the hype around them grew through the year. However, with the general economic downturn pulling all markets down, NFTs have felt the pain too.

When non-fungible tokens (NFTs) caught mainstream attention, it was often speculated that it was a bubble doomed to burst. This was not a hard call to make given that NFTs are speculative assets by nature, especially in the birthing stage. For many projects, it was difficult to tell if their utility roadmap would be realized.

Those NFT collections that were generous and over-delivered became blue-chip assets: Crypto Punks, Bored Ape Yacht Club (BAYC) and its derivative Mutant and Kennel clubs, Art Blocks, Azuki, CloneX, Meebits, Doodles and others. Each has accrued over $500 million in sales.

The top NFT dog is still Axie Infinity, at just over $4 billion in total sales. This is quite telling as Axie NFTs are simply a part of its blockchain gaming ecosystem, not standalone PFPs (profile pictures).

Given that Otherdeed land NFTs are closing in on a $1 billion milestone in sales for the upcoming Yuga Labs metaverse ecosystem, it bolsters the assumption that NFT utility is the name of the game in uncertain times.

But what about the NFT market as a whole, has the bubble truly burst? Let’s see what the data tells us about the current state of the market.

First of all, how many people have claimed NFT ownership overall? It is one thing to be interested in digital asset novelty, but another to have a direct stake in it. While it is difficult to state the number of NFT owners, we can approximate the figure by the total number of wallets (some of which could be owned by the same individuals).

There was a steady increase between 2019 and the end of February 2020, when the wallet numbers hit the half a million milestone. Then, at the beginning of spring 2021, a parabolic growth ensued, going from 1 to nearly 3 million wallets at the end of 2021.

This was no coincidence, as the crypto market was in full bull swing, with Bitcoin having reached its ATH price of $68.7k in November 2021. In total, the NFT cycle ended at 4.9 million cumulative wallets at the end of June 2022.

But, did the NFT cycle end? It certainly appears so. The trading activity of both buyers and sellers returned to the summer of 2021 range.

Likewise, transaction volume lowered to 2021 summer levels across all major NFT marketplaces. When a chart looks like a bloated center with minimum edges, it represents a deflated bubble if there ever was one.

Nonetheless, with millions of wallets in the game, it’s not game over yet. The aforementioned blue-chip projects now serve as NFT safe haven, just like Bitcoin serves the same role among thousands of altcoins. In other words, the new NFT low has been reached, but with cumulative interest staying in the game.

Will the NFT Activity Cycle Restart?

It is no secret that making an NFT is as effortless as it comes. But creating a viable ecosystem and loyal community around it is another matter altogether. This is the difference between your common ape copypasta and blue-chip NFTs that have established themselves.

In addition to blue-chip NFTs previously mentioned, NFT investors are scrambling for projects that are speculated to become the next blue-chip stars, following the classic buy-low-sell-high axiom.

When all inflation and deflation is done, the NFT market is not going anywhere. Even for the harshest crypto critics, it is easy to recognize the value in tokenizing unique digital assets. From ebooks and music albums as automated royalties to playable gaming assets, the NFT industry is already one of the key cogs for Web3. NFTs could even be used as binding financial instruments on the blockchain as per Goldman Sachs.

Not only did major corporations drop their own NFTs, but more are integrating their products into metaverse platform integration. When established e-commerce businesses like Sotheby’s and Shopify integrate NFTs, it is a signal that a new cycle is on the horizon.

One that is likely to start anew when Mastercard completes its newly announced direct fiat-to-NFT purchase integration with a number of platforms.

We’ve been innovating over the past year to make these improvements happen. As part of this work, we’re happy to announce we’re working to enable NFT commerce with Immutable X, Candy Digital, The Sandbox, Mintable, Spring, Nifty Gateway, and Web3 infrastructure provider MoonPay.

Of course, a likely recession is poised to stifle that potential growth. Nonetheless, placing payment rails that already serve 725 million global credit cards into the NFT market is bound to have a reinvigorating effect.

Did you buy any NFTs based on their utility or social media hype? Let us know in the comments below.