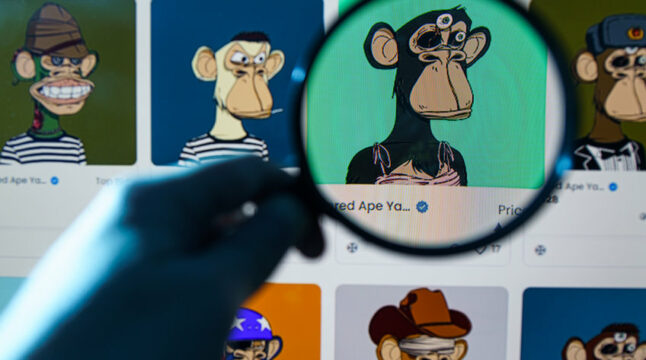 After Initial 80% Drop, ApeCoin Captures $3.8B in Marketcap, DAO to Vote on Future Moves

ApeCoin (APE) will allow anyone all token-holders to participate in the BAYC ecosystem.

The popular NFT collection Bored Ape Yacht Club announced the launch of its much-anticipated token on Wednesday. Dubbed ApeCoin, the token had a splashy debut, rising by over 700% on popular crypto exchanges in a matter of minutes. However, the spike was followed by a more than 80% drop, convincing some that it could have been a quick “cash grab”, something the NFT space gets accused of frequently.

ApeCoin is an ERC-20 token designed for utility and governance. The coin is capped at 1 billion, according to data by CoinMarketCap, which claims 28% of APE’s total supply is already in circulation. BAYC has claimed that 62% of the token’s total supply is allocated to the ApeCoin community.

Yuga Labs, the creators of BAYC, are behind the token. However, ostensibly to avoid regulatory troubles, a decentralized autonomous organization, known as ApeCoin DAO, has been formed to officially hold the liability.

In the announcement, Yuga Labs teased ApeCoin as “a token for culture, gaming, and commerce used to empower a decentralized community building at the forefront of web3,” adding that they will adopt the coin “as the official currency of the BAYC Ecosystem.”

Notably, some Web3 celebs will join the ApeCoin DAO to oversee the token’s governance. For one, Reddit co-founder and internet celebrity Alexis Ohanian has said that he will be “serving on the special council that will oversee the decisions of the community.”

What Can ApeCoin be Used For?

However, what makes ApeCoin special is that it is the gateway for ApeCoin DAO. “Holding ApeCoin is the only requirement for membership in the DAO,” BAYC said in the announcement, adding that each token holder “gets to vote on governance and use of the Ecosystem Fund.”

In simple words, APE holders get to vote on community-led proposals that determine the future of the ecosystem.

Moreover, since BAYC is the most popular NFT collection, its token is also deemed to have massive visibility and marketability. There is a very high probability that various Web3 apps and games will start to integrate this token to appeal to the wide community of Bored Apes, which now also include CryptoPunks and Meebits holders.

Some projects have already announced plans to integrate APE into their future products. For instance, Crypto game maker Animoca Brands (behind The Sandbox) has pledged to use the token in a “secret project” that it is developing with BAYC. Likewise, game developer nWayPlay has announced that it will use APE in an upcoming play-to-earn game.

Dogecoin Creator Not a Fan of ApeCoin

Nevertheless, not everyone in crypto is a fan of ApeCoin. Dogecoin creator Billy Markus, known as Shibetoshi Nakamoto on Twitter, has claimed that bringing tokens to the NFT space could hurt the industry since they lead to the creation of “toxic” and “desperate” communities.

However, ApeCoin is a bet that the BAYC ecosystem could be expanded from being limited to a few NFT holders to being an open decentralized organization that anybody can join. Time will tell if it’s a “hype and crash” thing or a new chapter in the BAYC story.

What do you think the future holds for ApeCoin? Let us know in the comments below.