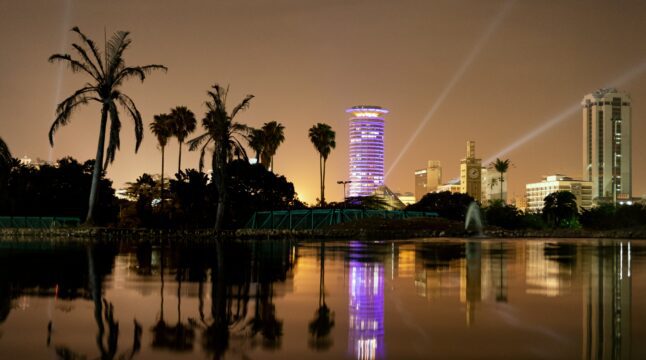 Africa's large population could help to boost FinTech growth to help the unbanked.

Tokenization of financial flows is vastly cheaper than building nations. On the back of it, the process itself can spur the growth of real assets. This is where some countries in Africa are finding themselves.

Africa Surveyed as the Next Crypto Frontier

Africa is the second-most-populous continent in the world, with around 1.3 billion people. Due to historic issues with colonialism, civil wars, and harsh terrains, African countries have suffered from infrastructure problems for a long time. This has made financial services less accessible, leading to around 57% of the population remaining unbanked.

At the same time, underdeveloped infrastructure has made Africa a perfect vector for cryptocurrencies, which only require a smartphone to access blockchain networks. We had previously covered Africa’s most populous nation, Nigeria, as the vanguard of crypto adoption for the entire world.

Thanks to the latest research by Chainalysis Insights, we can take a zoomed-out picture of Africa’s crypto adoption and its likely global impact.

According to the World Bank, the median GDP per capita in Sub-Saharan Africa is $1,483. Compared to the European Union, which has a GDP per capita at $33,927, this makes African wealth output 22X lower. Correspondingly, the Chainanalysis report found that Africa’s cryptocurrency market share is the smallest.

In raw numbers, this translates to $105.6 billion worth of crypto assets between July 2020 and June 2021, accounting for 1,200% crypto value growth. Using this metric, Africa has topped peer-to-peer (P2P) payment platforms in terms of transaction volume across all regions.

As you can see, Bitcoin continues to lead the way as the dominant and most popular cryptocurrency. Once we factor in that central banks of most African countries are hostile to cryptocurrency exchanges, Africa is left in a situation where P2P platforms are the only viable solution – unless they use VPNs to access servers in other countries.

In the best-case scenario, a central bank may leave the cryptocurrency sector unregulated. For instance, the Central Bank of Kenya issued a notice in December 2015 to not engage in Bitcoin trading, warning that:

Interestingly, since that proclamation, Bitcoin has gained over 11,000% in value while Kenyan Shilling (KES) has lost 7% of its value. The Central Bank of Nigeria (CBN) made similar edicts, banning all banks in 2017 from using, holding, trading and transacting in cryptocurrencies. Predictably, its currency Naira (NGN) dropped by nearly 52% in the meantime.

As the most populous African nation with over 201 million citizens, Nigeria was hit hard by Covid-19 lockdowns. Compared to a year ago, food prices have increased by 20%, while the inflation rate seems to be winding down, currently settling at 17%.

Kenya, with its 53 million people, has experienced a similar spike in inflation; though less dramatic at only 6.57% compared to 4.2% a year prior. From these indicators we can conclude that uptick in P2P transaction volume will accelerate unabated, driven by:

On that last note, Africans are already accustomed to using phones for payments thanks to the widely popular M-Pesa that originated from Kenya. When we covered Celo as a blockchain alternative to M-Pesa, we noted that while 11% of Ugandans have a bank account, 43% use a mobile payment account. It is then a small step to go from a fiat-based P2P to a blockchain-based P2P.

Who is Leading FinTech Growth in Africa?

It is no secret that Jack Dorsey, founder of Twitter and Square, is fond of Africa as an investment opportunity. He first revealed his appreciation in October 2019, setting out for an African tour.

Dorsey is fit for the job too. Although best known as Twitter’s founder, Square, his other company, generated $2.72 billion BTC revenue for Q2 2021 with its Cash App. However, lockdowns have foiled his plans to move to Africa and begin making greater inroads. In March 2020, when Covid-19 first hit, the official account for Twitter Investor Relations noted that it would be folly to miss such an investment opportunity.

While there are no concrete plans yet, during the African tour, Dorsey talked with many tech leaders, including CcHub’s CEO, Bosun Tijani. CcHub is Africa’s largest tech incubator for startups. However, Twitter did open a new office in Ghana this April, hoping to increase its social media presence. Currently, it is way behind Facebook at only 13% of all social media traffic on the continent.

One venue to take advantage of Africa’s growth could be on the back of Twitter. Dorsey suggested that a Lightning Wallet could be attached to every Twitter account.

In the meantime, Africa’s native FinTech companies that show promise are Nigeria-based Flutterwave and Andela. Flutterwave was valued at over $1 billion in March, making it onto TIME Magazine’s 100 Most Influential Companies as a digital payments platform. Andela on the other hand tackles the shortage of tech workers in Africa by linking software developers remotely with US-based FinTech firms.

Nonetheless, given Facebook’s social media dominance in Africa at 71%, it could overshadow all projects, including Twitter. Formerly known as Libra, Diem is Facebook’s answer to digital money in the form of a USD-pegged stablecoin. Thus far, the social media giant has scaled back Diem’s pilot launch to US-only, to begin by the end of 2021.

Whether Diem comes onto the African P2P scene or not, its concept poses another problem. If USD continues to devalue, this may upturn its status as a global reserve stablecoin, effectively destabilizing stablecoin tokens. An alternative to this is Decentralized Finance (DeFi).

We have already seen such a trend emerging in the form of organized blockchain gaming. In developing nations such as the Philippines, DeFi is not only a way to exchange crypto to fiat. Instead, it represents a source of income as lockdown-induced unemployment sets in.

Given Africa’s low cost of living, a fraction of such proceeds could go a long way. At the same time, Africa could push DeFi’s envelope to new boundaries.

Do you think Africa’s Bitcoin adoption will give the region an economic boost? Let us know in the comments below.