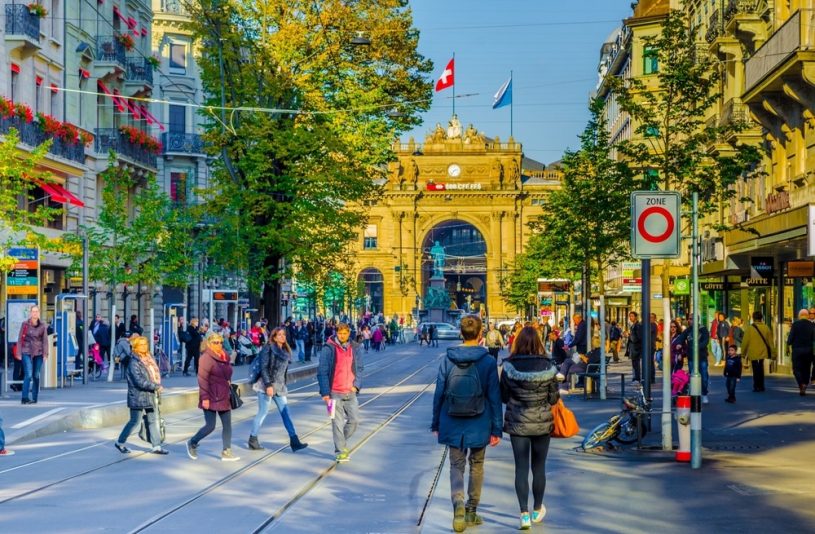 On January 15th, 2020, BrickMark announced the signing of a purchase agreement involving a $134 million commercial property in the business district of Zurich. BrickMark is set to purchase 80% of the building from RFR Holdings, with 20% of the deal paid via security tokens.

RFR Holdings is a real estate development firm based in Manhattan. The group oversees approximately $10 billion worth of real estate across the globe, including the famous Chrysler Building in New York City.

Announced yesterday, RFR has agreed to sell its majority stake in a commercial real estate property located in Zurich, Switzerland. The property is located on the Bahnhofstrasse street, situated in downtown Zurich where real estate is notably expensive. Rent per square meter typically has a price tag of $13,000 – $15,000 per year.

The buyer of the property will be BrickMark, a real estate company that incorporates blockchain technology. With offices in both Switzerland and Germany, BrickMark has €1 billion in property assets.

For this particular deal, the building was said to sell for CHF130 million, equating to roughly $134 million — for the 80% stake. Notably, BrickMark will pay for 20% of the purchase price with security tokens. The tokens will be BrickMark’s own BMT security tokens — a hybrid security token based on Ethereum.

BMT tokens feature tokenized perpetual bonds which are backed by real-world assets in BrickMark’s portfolio. Currently, that portfolio consists of this one building, but the company plans to expand it in the near future. The price of BMT tokens will feature the property’s net asset value performance, where token holders will also be entitled to voting rights.

“We gladly accepted the Brickmark tokens as part of the purchase price. We assume that digital financial instruments will also significantly gain in importance in the real estate sector in the future. The current transaction may have an icebreaker function for the sector in terms of its volume and institutional character”.

BrickMark isn’t the only company integrating the benefits of blockchain technology with real estate developments. A number of properties have either been tokenized or are currently in the process.

In the United States, AspenCoin represents economic ownership interests in a luxury resort located in Colorado. In Brooklyn, the 216 unit Oosten Property — developed by a famous Dutch architect — is also set to be tokenized. In the United Kingdom, tZERO has teamed up with Alliance Investments to tokenize part of a 180 unit residential development situated in Manchester.

Touted benefits include fractional ownership, increased liquidity, global trading access with a market open 24/7/365, the removal of costly middlemen, and instantaneous settlement cycles. Despite efforts, the benefits haven’t been realized overnight, however.

In 2019, two real estate tokenization deals fell through. One was called off due a lack of interest from institutional capital, while the other cited a dispute with the deal’s mortgage lender. With a number of deals in the works and the recent announcement from BrickMark, it appears as though this particular application of security tokens is picking up steam.

What do you think about a commercial property in Zurich being sold for $134 million — with 20% paid via security tokens? We’d like to know what you think in the comments section below.

Image courtesy of The Crazy Tourist.