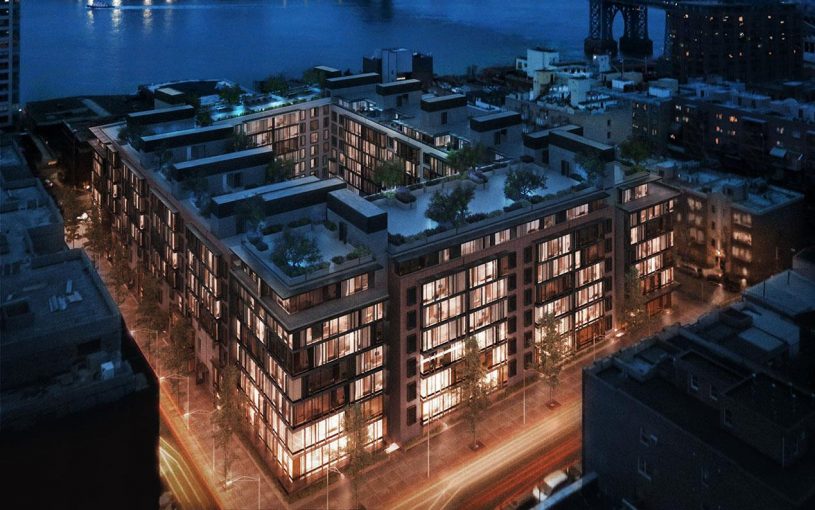 On November 12th 2019, security token issuance platform UPRETS announced plans to tokenize a luxury real estate project in Brooklyn. The Oosten Property, located in the Williamsburg neighborhood, will soon be available to fractionally own thanks to the benefits of blockchain technology.

The Tokenization of the Oosten Property Explained

UPRETS is providing the tokenization platform. They’ll provide the technology to issue security tokens, which will be equivalent to regulated, traditional paper securities yet powered by the many benefits of blockchain technology.

Through such emerging technology, traditionally illiquid assets see new levels of liquidity. This is the case for virtually every regulated asset-type, though UPRETS seems to have a sharp focus on real estate.

“The global asset market is ready for a revolution through tokenization. Many people wish to be a part of this market, but the barriers to entry have been a major concern. Liquidity issues and the presence of many intermediaries make the process of trading securities not only tiresome but also time-consuming.”

UPRETS will issue tokenized shares which represent ownership in a real estate fund which will go on to finance the Oosten project. The shares in this particular case will be offered privately to accredited investors. The company says they have plans to tokenize additional real estate across the globe, in cities to include Singapore, Dubai, and London.

How does Blockchain Help with Real Estate?

Blockchain technology brings numerous benefits to the realm of traditional financial securities. As pointed out by Harbor CEO Josh Stein, one of those benefits is fractional ownership, which has the potential to bring never before seen levels of liquidity to massive real estate projects. Investments of this type are traditionally confined to high net worth investors.

If a real estate developer has a property worth $200 million, they are limited in terms of raising capital on the asset. Let’s say the developer wishes to raise $100 million. They could sell the property, which is typically more of a last resort. They could raise debt, which would require the asset’s debt to not already be maximized. They could also bring on a minority investor, which could be difficult to find considering the minority investor’s required liquidity. This would also result in the developer losing a bit of negotiation power due to another entity owning a minority stake in the asset.

None of the three cases are ideal. But with blockchain technology, fractional ownership can be facilitated in a feasible and compliant manner. For example, the $100 million could be raised through 500 shareholders who each purchase a tokenized share worth $2,000.

No single investor needs to have the liquidity of $100 million, no debt has to be incurred, and the developer gets to keep the property, as opposed to selling it. The idea behind the innovation is that everyone is happy at the end of the day. So, why does this require security tokens? Most argue the Security Token Offering (STO) differs from the Initial Coin Offering (ICO) in one primary way: regulatory compliance.

Is the Security Token Offering the New ICO?

U.S. Securities and Exchange Commission (SEC) Chairman Jay Clayton has publicly stated that nearly every ICO he has seen, constitutes a securities offering. Yet virtually every ICO bypassed securities laws and regulations, arguing that the utility token falls under a different category than a regulated security.

STOs on the other hand explicitly declare themselves securities and abide by their jurisdiction appropriate laws and regulations. They also feature many blockchain-powered advantages when compared to the legacy system seen in traditional financial securities.

The anticipation is so high that BnkToTheFuture CEO Simon Dixon recently predicted that at least 50% of funding will be through security tokens by the end of 2020.

With a focus on real estate, UPRETS seems to have a similar vision:

What do you think about UPRETS tokenizing the luxury Oosten property in Brooklyn? We want to know what you think in the comments section below.