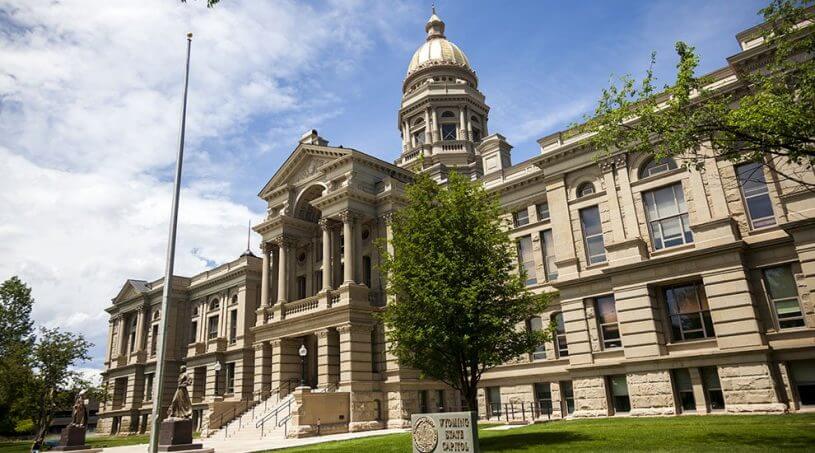 On November 30th 2018, Wyoming legislators voted to approve a groundbreaking bill which legally allows for the integration of traditional banking and blockchain technology. Despite ‘heavy opposition’ from the banking industry, the state of Wyoming has once again set itself apart as a visionary of the benefits embedded in blockchain innovation.

Wyoming Expands its Reputation as a Blockchain Haven

Wyoming has a well-known reputation for welcoming blockchain technology with open arms. Recently, a committee of legislators strengthened that reputation by voting 13-1 to approve a bill which legally permits banks to offer various financial services that include blockchain-based assets.

Perhaps the most significant was 19SLO-0055. The bill states that banks which handle blockchain-based assets constitute a new category of banking: the ‘Special Purpose Depository Bank’. Banks that fall under this category are susceptible to the applicable federal and state laws of any other bank, except for one major aspect: they are legally allowed to deal with blockchain-based assets.

(a) The legislature finds the following:

News of the bill’s approval was broadcasted via Twitter by Caitlin Long, a Harvard graduate and 22 year Wall Street veteran with companies such as Morgan Stanley. Long, a blockchain advocate and Wyoming native, is co-founder of the Wyoming Blockchain Coalition. She excitedly told her followers,

“BREAKING! #Wyoming legislative committee passed #blockchain #bank bill 13-1 over heavy opposition from the banking industry. Congratulations and thanks to all out supporters!”

Anthony Pompliano, a well-known blockchain advocate, responded to the news with the following:

“Keep pushing the pace. One step at a time…”

The increase in legislative support involving the integration of blockchain technology and finance has been popularly received by blockchain supporters across the globe.

Notably, Wyoming’s approval of the historic bill has come at a time when tense relations have developed between various regulatory bodies in the United States and blockchain innovators.

Recently, the SEC has fined both ICOs and cryptocurrency exchanges due to securities violations. In addition, the state of Colorado has shut down 18 ICOs in 2018 alone.

The increased regulatory enforcement has pushed some to cancel ICOs, and divert to Security Token Offerings (STOs) out of regulatory concern.

STOs differ from ICOs in many ways, the most known is their legal compliance when compared to the regulatory ambiguous ICO. Security tokens simply follow the existing securities laws established by the applicable regulatory bodies— which typically depend on the jurisdiction of the company and its investors.

Despite the current regulatory hardships, actions like Wyoming’s recently passed bill certainly look to establish the state as the US leader in regulatory support for blockchain innovation.

What do you think of the recent bill passed by Wyoming legislators? Will other states follow suit, or will Wyoming solidify itself as the blockchain haven in the United States? We want to know what you think in the comments below.

Images courtesy of the State of Wyoming and Medium.