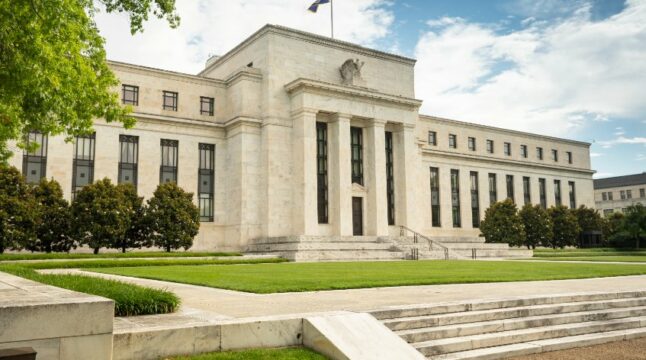 With Another 75 BPS Hike Likely Soon, When Can the Fed Realistically Pivot?

The Fed will have to juggle multiple macroeconomic balls to achieve soft landing.

On Wednesday, the Federal Reserve will once again meet to determine the federal funds rate. According to CME Group’s Fed tracker, the most likely rate is another +75 bps hike, placing the range to 3% – 3.25%, from the current 2.25% – 2.5%.

That would be the third consecutive +75 bps increase this year. It bears keeping in mind that a +75 bps rate change is anomalous. The last such increase, prior to June/July, was all the way back in November 1994. Due to this market shock, S&P 500 dropped by nearly -20% this year, while Bitcoin lost -58% of its value.

The Fed as the Central Market Arbiter

It is quite telling that Ethereum (ETH) dropped so hard so swiftly post-Merge. The “sell the news” hype pumped ETH up until September 13th, at $1,728, only to suffer multiple price support collapses to present $1,347. This is no coincidence, as lackluster CPI data was released at that time.

The implication couldn’t be clearer. The market dynamic seems to be predominantly reliant on the Fed’s reaction to incoming inflation data. That’s because the Fed has been laboring under a dual mandate of maximum employment and stable prices since 1977. The target inflation rate remains at 2%, as noted by Fed Chair Powell in May, and emphasized multiple times since.

“Our goal, of course, is to get inflation back down to 2% without having the economy go into recession, or, to put it this way, with the labor market remaining fairly strong,”

The Fed cannot budge from this threshold, lest it loses credibility. While CPI data landed on 8.3% for August, returning to April’s range, the Fed is mainly guided by the Personal Consumption Expenditures (PCE) index. For July, PCE was at 6.3%, a -0.5% change from June.

In the meantime, Eurozone inflation hit 9.1%, the highest since 1999. In addition to the euro going under the dollar, this may seem like a good deal for cheaper US imports, but it is a double-edged sword. A strong dollar can stifle US companies’ sales earnings, further cooling the economy.

Yet, that cooling would suppress inflation without aggressive Fed hikes. With the 2% inflation rate goal set, the question then is, by how much will the Fed have to increase rates, and over what period? Moreover, with the market so reactive to the greater cost of capital, can a sustainable tempo be maintained?

When Will Markets Receive Fed Reprieve?

Firstly, it bears keeping in mind that consumer demand is just one side of the inflation equation. The other side is driven by energy expenditures. This is not in the Fed’s domain but in the international energy market. Although the Brent crude oil benchmark has been going down for the last 7 months, it is still +23% up annually, at $91.57 per barrel.

Provided this downturn trend continues, the Fed would then have greater leeway to suppress consumer demand with interest rate hikes, without inflicting the pain too soon. As Powell noted repeatedly, hikes would also have to be carefully timed with inflation data. At the current rate, the FOMC has the following inflation forecasts:

It is then a matter of reacting to macroeconomic variables to make that happen, such as the unemployment rate and real GDP. For 2023 and 2024, unemployment is projected to hold steady, at 3.5% and 3.6% respectively. For real GDP growth, the Conference Board recently adjusted its forecast to 1.4% YoY for 2022, while 2023 should see a further slowdown of 0.3% YoY.

Of course, if GDP turns negative, this translates to a recession which is another downward pressure on inflation. On the other hand, if there is a timing misstep, the Fed would have to compensate with aggressive, shock-inducing interest hikes.

If these forecasts remain on target, the Federal funds rate should reach 3.875% by the end of 2023, delivering a 2.9% core PCE inflation rate. Keep in mind that the Fed primarily focuses on core PCE (excluding food and energy) instead of headline because food/energy prices are too variable and reactive to supply chains.

Overall, the Federal funds rate for this QT cycle should end in 2024, at over 4% rate.  However, during that period, there will be plenty of opportunities for a pivot. Nonetheless, this will depend on factors outside the Fed’s purview, related to supply chains and energy costs.

Do you think future spending bills will exacerbate the Fed’s attempts to stifle inflation? Let us know in the comments below.