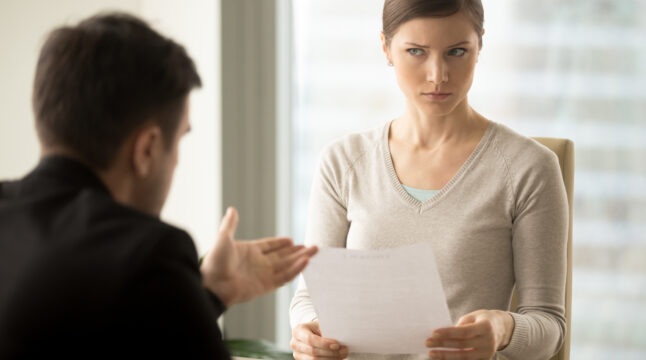 Despite flawlessly completing “the Merge,” ETH has had an overall bad week amidst a multitude of unfavorable news from across the market.

While Ethereum successfully completed its much-anticipated upgrade on Thursday, it found itself valued at $1,432 on Friday, September 16th—its second-lowest price since July. While the sentiment surrounding “the Merge” has been vocally bullish, this turn of events perhaps isn’t entirely unexpected.

Ethereum Merge and its Offshoots

This week was huge for Ethereum and very impactful for crypto in general. The world’s second-largest cryptocurrency completed its much-anticipated upgrade even known as “the Merge” in the small hours of Thursday, September 15th.

The upgrade moved ETH from the costly proof-of-work (PoW) model to a far more energy-efficient proof-of-stake (PoS) type. This switch was highly anticipated as it doesn’t only represent an important technical achievement for the blockchain, but is expected to lower its gas prices by around 99%.

While highly anticipated before its completion, and highly praised after it was executed, the upgrade is plagued by multiple issues. The first possible problem for Ethereum 2.0 came in the form of a PoW fork that could split the user base.

Despite this possibility generating some buzz ahead of the upgrade, Friday demonstrated that initial reactions to the fork were far from enthusiastic. Offshoot ETH ended up losing up to 60% in some cases as the markets opened.

Gensler Implies That Ethereum is Now a Security

The bigger hits for Ethereum came from outside the blockchain this week. came from the SEC’s Chairman, Gary Gensler. Gensler commented just hours after “the Merge” was completed that cryptos that utilize staking are likely all securities. The comments were followed by ETH’s second “cliff” of the week as it fell from $1,587 to $1,488.

SEC’s Chairman pointed out that he doesn’t have any particular digital assets in mind. However, the timing of his statement led many to believe that his agency was watching ETH with a keener eye than ever.

The comments also compounded the already high levels of anxiety regarding the future of crypto regulations. The SEC has been pressing digital assets hard this year—and received a fair bit of criticism for its actions—but it isn’t the only agency seeking to become the main authority for digital assets.

Together with Gensler, CFTC’s Chairman Rostin Behnam appeared before the U.S. Senate Committee on Agriculture, Nutrition, and Forestry on Thursday, September 15th. He pointed out that his commission has also been active in cracking down on crypto-related crime and misconduct and that it should be given the main authority when it comes to digital asset regulation.

The CPI Report For August and Ethereum

The news that perhaps compounded Ethereum’s 5-day drop of almost 20% came in the form of a report published on September 13th. The report gave the numbers for August’s CPI and hinted at an interest rate hike.

While the numbers for August weren’t as bad as some had feared, many still found them very concerning. The consumer price index (CPI) reported for the month came at 8.3%—just slightly better than July’s figure of 8.5%.

The news proved very damaging for the markets in general with the Dow Jones Industrial Average losing around 5% in a day, and Bitcoin as much as 10%. The losses of the day were impressive and created the first notable “cliff” in ETH’s prices, as well as in the price of most other tradeable assets.

Was the Sentiment Really Bullish?

Ethereum’s upgrade got a lot of media attention and generated a lot of excitement on social media with expectations of its value skyrocketing being very common. It was and is lauded as a major step in making the crypto sector a lot greener. However, this bullish view wasn’t universal.

Already in early August, an analysis showcasing that many sophisticated derivatives traders were in fact bearish on “the Merge” was published. The traders were allegedly expecting ETH’s price to drop and the publication concluded that the upgrade was primarily a “sell-the-news” event.

Furthermore, it remains dubious just how much of a chance there was for a major Ethereum price jump. Considering that inflation is still running extremely high and taking the costs of living skyward with it, the market has, expectedly, been struggling throughout the year. It appears very likely that the CPI report, as well as Gensler’s comments, soured the deal, but it also seems likely Ethereum’s value would, at best, stagnate even without them.

Do you think Ethereum will recover quickly, or is the downturn here to stay for the foreseeable future? Let us know in the comments below.