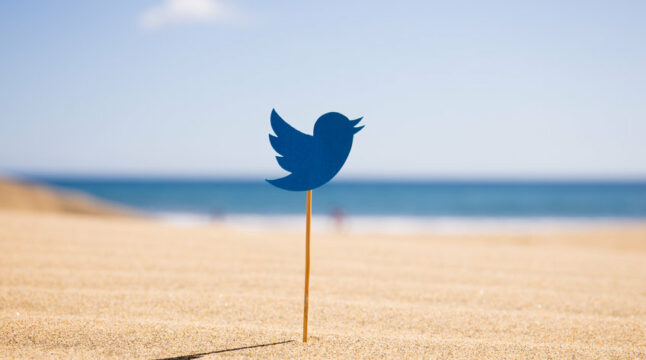 On Monday, Twitter Co-founder Jack Dorsey announced his resignation from position as Chief Executive Officer (CEO). Dorsey had been at the helm of the social media giant since its inception in 2006.

In his place, the company’s board has appointed former Chief Technological Officer, Parag Agrawal, as the new CEO and board member. Agrawal has been a Twitter employee for over a decade and has served as its CTO since 2017. After announcing his resignation to Twitter members of Staff via email, Dorsey also announced his departure from the position in a tweet.

It is common knowledge that Jack Dorsey is an ardent supporter of Cryptocurrency and Bitcoin. Together with other prominent figures like Elon Musk, Micheal Saylor, and Cathy Wood, Dorsey believes in the power of the digital asset. He called Bitcoin the “saving grace” for humanity in her quest to achieve world peace.

Over the years, he has thrown his support behind Bitcoin, even tackling the asset’s UI challenges. Square (soon to be ‘Block’), another company he founded, is currently developing a hardware wallet to help popularise Bitcoin ownership among retail investors. It is believed that the worldwide payment merchant would be his current focus following his resignation from Twitter.

Despite his apparent love for Bitcoin, the technopreneur has been accused of taking a somewhat unfavourable disposition toward Ethereum. This perceived scepticism came to a head with the absence of an ETH ticker for the second-largest cryptocurrency despite Bitcoin and other altcoins having it. This neglect has been interpreted as a diss by some social commenters.

Jack also caused more controversy when he tweeted a resounding “No” to a suggestion that he may invest in Ethereum. This occurred after Twitter announced it was making NFTs —powered by Ethereum— on the platform. His response was baffling as he had sold his first tweet as an NFT for almost $3 million earlier this year.

Despite his seemingly complex sentiment against Ethereum, Jack has come to say that he doesn’t hate other cryptocurrencies. He maintained his focus and interest in Bitcoin.

The former CEO further reiterated this when asked about what would make him see value in Ethereum:

It has value to lots of people. Just not what I’m focused on.

Following Twitter’s recent embrace of Ethereum based NFT integration, it appears the ERC-20 network may be set for more acceptance. A recent sneak peek of new updates expected to roll out shows a tweaked feature that would enable Ether tips alongside Bitcoin.

The preview came on Tuesday, a day after Jack’s resignation as Twitter CEO. Famous tech engineer and blogger Jane Machun Wong claimed she might have found a way to add Ethereum to Twitter’s tip jar. With the tip jar update currently rolling out, Wong shared screenshots of her tweak on Twitter,

The tweak function is not planned to be available to everyone as of yet. However, expert developers can follow Wong’s lead and provide Ethereum tips to the tip jar feature on their own.

Twitter is yet to respond to this development. In light of the leadership change, crypto enthusiasts believe this may be the start of a pro-Ethereum bias by the company. This narrative is already building up among ETH proponents.

Use The Tokenist’s code to trade ETH and other digital assets on FTX US with 5% off fees.

Recent changes made in personnel at Twitter may further reinforce the notion of more Ethereum adoption by the social network. Recently, the company hired Tess Rinearson, a cryptographic economic networks expert, to head Twitter Crypto.

If her Twitter handle is anything to go by, it is safe to assume that Rinearson is a fan of Ethereum. Her name on the platform carries the Ethereum domain name “.eth”; a pointer to her support for the blockchain. In a thread, she highlighted how her team would explore supporting the growing interest among creators to use decentralized apps to manage virtual goods and currencies while supporting their work and communities.

While we don’t explicitly know what Agrawal thinks of Ethereum, the smart contract platform’s day in the sunshine may not be far off. With Agrawal and Rinearson now at the helm of affairs, Ethereum could have a more concrete place in Twitter’s plans.

Do you see these recent changes leading to more Ethereum support on Twitter’s team? Let us know in the comments below.