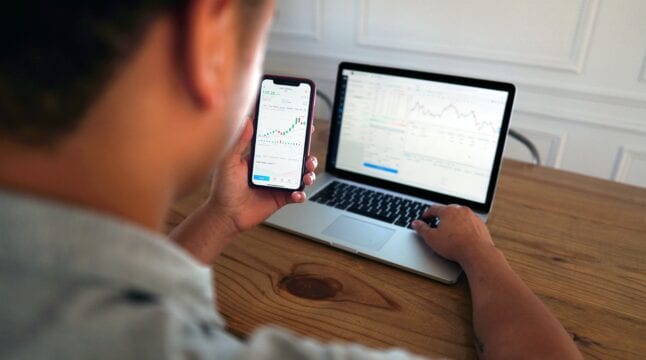 Bitcoin has been stuck around $30,000 - according to some 'Tesla math', a drop could trigger a crash.

For the whole of June and July so far in 2021, Bitcoin has been hovering just above the $30,000 mark. Only briefly did it reach $40,000 on June 14th, but this was short-lived as it fell back down one day later. Now, new data supplied by Bitcoin TA veteran, Nunya Bizniz, offers an explanation for why this has been happening, suggesting that Tesla could play a big part in the $30k threshold.

The Significance of the $30,000 Mark for Bitcoin

Nunya Bizniz provides several arguments for why $30,000 is an important number for Bitcoin, with the first being that it is a significant figure when looking at Fibonacci extensions. This is a tool traders use to help determine profit targets, or calculate when prices might fall.

Fibonacci sequences, such as extensions and retracements, have been shown to sufficiently help guide traders when engaging in the markets. Nunya Bizniz has found that, for Bitcoin, $30,000 is approximately at the 1.618 Fibonacci Extextention level, which is extremely significant as this is the golden ratio, the most important number in the Fibonacci Sequence.

Nunya Bizniz presents another argument for BTC’s persistence surrounding $30,000, noting that it is approximately the yearly open, meaning that Bitcoin was around this price at the beginning of this year. In fact, on January 1st, 2021, Bitcoin opened at $29,000, and as of July 17th, it is trading at around $31,650. The futures market has seen similar activity– with Bitcoin reaching yearly open levels it is looking as if overleveraged traders have left their positions, which has dampened Bitcoin’s bullish behavior.

The bullish behavior in question is the inverse head and shoulders pattern that recently emerged, which is usually a sign of an uptrend soon taking place. This pattern often indicates that traders are trying to break-out from the sideways movement of the chart to try and head upwards, suggesting that most people in the market have a positive outlook on the asset.

However, Bitcoin is also fighting against a recent death cross, occurring several weeks ago, which is where an asset’s 50-day average crosses between its 200-day moving average. Bitcoin has actually experienced two death crosses in recent succession. One occurred in late June, and the other has occurred on July 16th.

This is extremely bearish behavior. Death crosses are signs that the market is pulling back, and once they are noticed within technical analysis, this can trigger a panic selling as a psychological response. Incidentally, Nunya Bizniz notes another psychological response relating to this price point, explaining that round figures are often viewed as significant to traders.

This is a well-documented phenomenon, with a 2018 paper from the Journal of Business Research finding that “to simplify an investment decision, people often develop [educated guesses] by taking round numbers as reference points for value comparison.”

How Tesla Could React to Bitcoin Falling Below $30k

Among the most interesting of Nunya Bizniz’s findings is their theory regarding Tesla’s involvement with Bitcoin’s price. They calculated that if BTC falls below the $30,000 mark, then Tesla may find themselves in the red.

While this is purely speculation, it is fair to note that Tesla has likely been panicking about their Bitcoin investment from as early as mid-May, when their BTC profits disappeared. Tesla’s stocks have also reached an uncomfortable situation as they, like Bitcoin, have just succumbed to their own death cross several days ago.

This is worrying as death crosses are rare for Tesla, with their last one happening two years ago. By the looks of it, Michael Burry’s bet against Tesla may have been a smart decision, even if it was not as large of a bet as some outlets reported.

If Nunya Bizniz’s “Tesla Math” is correct, then it suggests that the company may be trying to sell its BTC to cut its losses, which could be placing stoppages on Bitcoin’s continued success. This would explain why Bitcoin has not been responding positively to any of the good news its been receiving.

From the looks of it, Tesla and Elon Musk’s involvement with Bitcoin has had a consistently detrimental effect on the market. While Elon Musk can be attributed (in part) to helping Bitcoin’s bull run, he has also harmed its natural growth, and added confusion to the markets overall.

Nunya Bizniz offers multiple intriguing theories as to why Bitcoin has been hovering around the same price point. It is likely that in reality, several of these are significant factors at play, with possible others as well that are not seen yet.

Of course, this is not to say that Bitcoin will be stuck here forever. If it falls below $30,000, then it could trigger a crash, as Tesla may sell faster to cover their losses, and BTC’s price will lose its psychological significance. However, Bitcoin is a temperamental asset, and so it could just as easily rise, due to a successful break-out from another inverse head and shoulders pattern, or other unforeseen factors. Nevertheless, these theories add some much-needed context to the situation at hand.

When do you think Bitcoin will stop hovering around $30,000? Let us know in the comments!