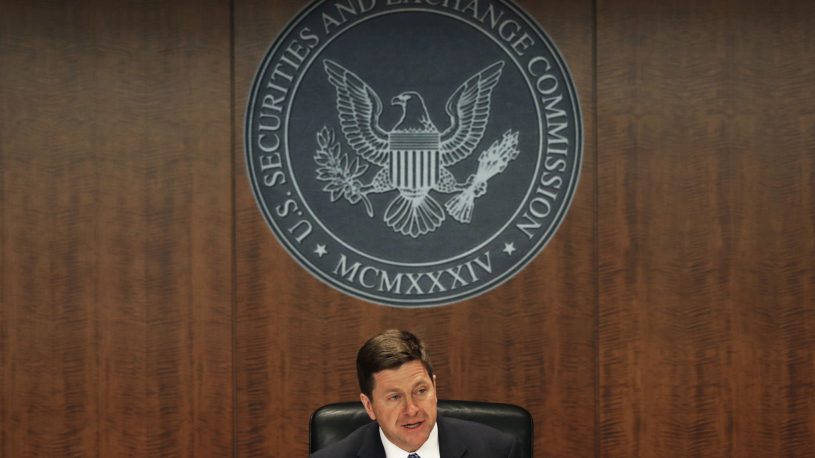 What Happens to ICO Issuers Who Can’t Pay SEC Penalties?

A growing number of companies which — over the last three years — leveraged the ICO to raise funds have been hit with securities violations from the U.S. Securities and Exchange Commission (SEC). With a crashed cryptocurrency market, some companies that have settled with the SEC are starting to miss previously agreed upon refund deadlines as part of their settlements. What happens now?

Throughout fiscal year 2019, the SEC received more than $4.3 billion in penalties alone. While only a fraction of the figure stemmed from Initial Coin Offerings (ICOs), the SEC has unarguably become increasingly active in the digital asset space.

In September for example, Block.one settled with the SEC by agreeing to pay $24 million after charges stemming from an alleged unregistered securities offering. Now, there is legitimate concern over some companies having the funds to cover both refunds and penalties.

A recent report by the Wall Street Journal highlighted how three companies, which were funded through ICOs, have agreed to pay back investors — yet have so far missed deadlines. With a cryptocurrency market which has drastically sunk, questions remain as to how common this phenomenon will become.

In 2017 alone, the year of the ICO surge, ICOs raised more than $5 billion. The three companies mentioned in the report however, raised a collective $40 million. If the SEC continues to increase its enforcement against ICOs that violated securities requirements — which is likely to be a significant number — more companies could face similar penalties.

Immediately following the 2017 boom, a crash brought the crypto market to a screeching halt. From January 2018 to September 2018, the crypto market dropped more than 80%, surpassing the dot-com bubble’s 78% collapse. Some ICO-funded companies kept a portion of their assets ‘locked up’ — though those assets’ value is often times next to nothing. The majority of the funds they raised are also expended in an attempt to fulfill their business plan and bring a product to market.

What Happens to ICO Issuers Who Can’t Pay Fines or Refund Investors?

Philip Moustakis currently serves as counsel at Seward & Kissel LLP. He previously served as senior counsel at the SEC and investigated the commission’s first enforcement action related to Bitcoin. Moustakis recently fielded questions from Crowdfund Insider regarding cases where companies simply won’t have the remaining funds that are due to be paid back to investors. According to Moustakis,

“The SEC may agree to provide a respondent with more time, which is what I would expect them to do, so long as the respondent is endeavoring in good faith to meet its obligations under the settlement. At some point, if the SEC determines the respondent is not endeavoring in good faith to do what it agreed to do, the SEC may seek to unwind the settlement and proceed with its prosecution.  It is also possible that the delay here is attributable to investors having some difficulty with the claims processes created in connection with the settlements, which I would also expect the SEC to work through.”

When it comes to cases where issuers simply lack the funds to pay penalties, Moustakis says,

“The SEC can enter into a settlement with a respondent that does not include a penalty if the respondent can demonstrate he or she cannot pay.  However, the SEC is not in the habit of waiving disgorgement, that is, that the respondent gives up the proceeds of any securities law violations committed, in the SEC’s view. But here the issue appears to be that the respondents cannot follow through on undertakings to which they agreed as a condition of their settlements, namely to refund investors who would prefer to have their money back rather than keep the tokens they purchased in the respective ICOs.”

To avoid the regulatory red tape surrounding the ICO, companies are now turning to the Security Token Offering (STO). The STO is seen as a compliant means to raise capital while continuing to leverage the benefits of blockchain technology. SEC Chairman Jay Clayton has previously stated that nearly every ICO he has seen, constitutes a securities offering.

Yet hardly any sought the necessary regulatory approval, subsequently resulting in the commission’s increased enforcement. In differing from the ICO, the STO explicitly declares itself a securities offering, and therefore must abide by its jurisdictions’ laws and regulations. Many conclude then, that the primary difference between the ICO and STO is regulatory compliance — at least in the eyes of U.S. regulators.

What do you think of the ongoing situation where companies who are hit with securities violations lack the funds to pay penalties or investors? What do you think should happen in these cases? We want to know what you think in the comments section below.