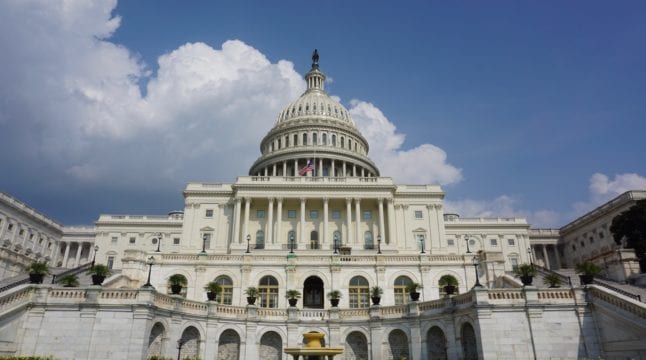 PFOF is banned in Canada and the United Kingdom - why is it still legal in the United States?

On Thursday, May 7, 2021, new SEC Chairman Gary Gensler made several encouraging statements as part of the U.S House Financial Services Committee’s third GameStop hearing. Chairman Gensler recognized that Payment for Order Flow (PFOF) exposes conflicts of interest. Members of the committee are currently drafting a bill which would propose a ban on the controversial practice.

The GameStop short-squeeze continues to bear fruit like no other financial event in recent memory. However, what is a delicacy at the moment may turn into a poisonous ordeal later. Not only did millions of people become familiarized with day trading, even those who hadn’t participated at all became fascinated by the marrying of social activism and stock trading.

By becoming a global sensation, soon to be immortalized by two movie deals and a TV show, GameStop’s enduring legacy may end up being the legislative impact. Since the congressional hearings before the House Financial Services Committee, much has been laid out in the open:

Although some of these revelations were no secret, they coalesce into a picture of non-transparency and disturbing points of failure. Altogether, Robinhood made a killing by almost tripling its PFOF revenue in Q1 2021, despite what many consider to be sabotaging for day traders. However, as fruitful as PFOF currently is, it may soon dry up for brokerages that sell the trading patterns of their retail clients in turn for a “free” service.

Ahead of the third GameStop hearing before the House Financial Services Committee, it seems that banning the practice of selling order flows is on the menu. The controversial practice us banned in the U.K. and Canada, and one study suggested that the banning of PFOF improves the “integrity of the order book”.

The bill draft under section “To amend the Securities Exchange Act of 1934 to prohibit” contains the following:

“It shall be unlawful to solicit, receive, or provide payment for order flow (as such term is defined under section 240.10b-10(d)(8) of title 17, Code of Federal Regulations, on the date of enactment of this subsection) that consists of a monetary payment, service, property, or other benefit that results in remuneration, compensation, or consideration to a broker or dealer…”

It is difficult to argue how PFOF isn’t an acute conflict of interest, which is why Robinhood’s competitor – Public – explicitly abandoned the practice, preferring a tipping model instead. The newly appointed head of SEC, Gary Gensler, shared his testimony before the committee yesterday. Gensler too portrayed Robinhood’s dealings as unseemly.

“Robinhood explicitly offered to accept less price improvement for its customers in exchange for receiving higher payment for order flow for itself. As a result, many Robinhood customers shouldered the costs of inferior executions; these costs might have exceeded any savings they might have thought they’d gotten from a zero commission.”

In other words – when something is free, it usually has a hidden price tag. When it comes to “commission-free” stock trading apps, Gensler said,

“These are not free apps. They’re just zero-commission apps… The cost is inside the order execution.”

Gensler went on to explain how he is aware of cases involving what would be difficult to not describe as ‘corrupt’ conflicts of interest:

“We found conflict in various enforcement cases like one we filed where the wholesaler was literally saying, ‘Well you tell me. I can pay you more — the broker — or I can pay the customer more.’ We know at least from that case this inherent conflict is there.”

Gensler’s notes implied another issue present in simplified and digitized stock trading – gamification. It can be argued that gamification of stock trading in order to increase engagement creates incentives akin to gambling. This is closely related to the dopamine loop present in high-frequency trading commonly known as day trading.

Regarding the very concept of (naked) short selling, it bears keeping in mind that this practice had once been previously banned in the US, and had received multiple ban extensions in South Korea. It is unclear if any such fundamental rules will be enacted or existing ones slightly tweaked. Nonetheless, it seems all committee members are in agreement that settlement periods should be shorter in order to reduce market instability, going from the current T+2 cycle to T+1.

Is a Shift to DeFi on the Horizon?

After JP Morgan and Bank of America noted that decentralized finance (DeFi) presents a greater disruptive force to the monetary system than Bitcoin, another financial institution joins this trend. This time, it’s a bank across the Atlantic – the Netherlands-based ING Bank. The Tokenist had previously explained why Ethereum – acting as DeFi’s infrastructure – is outperforming Bitcoin. Apparently, traditional financial institutions share the same view.

In its released paper, ING Bank noted similar risks and benefits. While removing human mediation has the potential to upend how finance works, removing the corruptibility to risk that we have seen with the Robinhood/Citadel PFOF model. But in the world of DeFi, this risk may be supplanted by a technical one – hacking and exploits. It is certainly true that DeFi is hobbled by hacks.

At the same time, is it reasonable to project the birthing pains of a sector that is still in a toddler stage to its future viability? After all, in the last six months, DeFi’s TVL has increased from roughly $13 billion, to more than $140 billion. There’s no wonder ING Bank sees DeFi as a den of innovation, inevitably leading to its integration with the traditional banking sector.

Federal Bank Gives a Sober but Optimistic Evaluation of DeFi

Almost to the letter, another paper, published by the Federal Reserve Bank of St. Louis, extols DeFi’s transformative potential to become an “immutable and transparent financial  infrastructure”. At the same time, the paper’s author, prof. Fabian Schär, is worried about DeFi’s operational security in the form of admin keys.

“Many protocols and applications use external data sources and special admin keys to manage the system, conduct smart contract upgrades, or even perform emergency shutdowns. While this does not necessarily constitute a problem, users should be aware that, in many cases, there is much trust involved.”

Such keys are in use by developers to cut off revealed vulnerabilities, but present a venue for centralized corruption by the same token – either pilfered by third parties or abused by devs themselves. The paper concludes on a positive note:

“However, if these issues can be solved, DeFi may lead to a paradigm shift in the financial industry and potentially contribute toward a more robust, open, and transparent financial infrastructure.”

No doubt, DeFi has many issues to iron out. Fortunately, when we take a look at the existing financial system, it is easy to see that tweaking code is a more fruitful endeavor than counting on a web of invested interests to enact meaningful change.

Do you think the phenomenon of regulatory capture has suddenly vanished with Gary Gensler’s appointment? Let us know in the comments below.