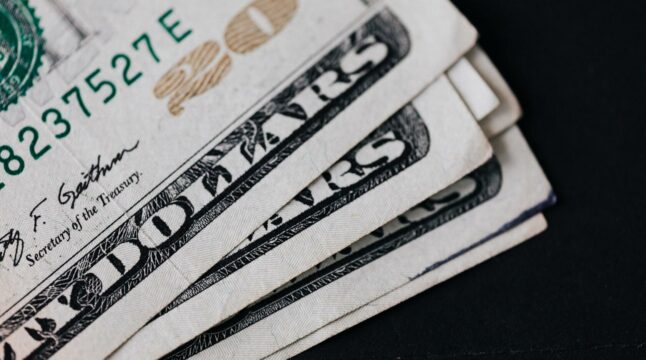 Bitcoin continue to grow as a digital class. Will it become a risk-off asset?

It took many years for Bitcoin to manifest what kind of asset it is. Since 2016, it became apparent that Bitcoin inversely correlates with the Dollar Strength Index (DXY), now reaching a 5-year high negative correlation at -0.87.

In other words, as the dollar gains in strength, Bitcoin weakens. Likewise, when the dollar weakens, Bitcoin appreciates. With DXY at a 20-year high of 106.2, what does this mean for Bitcoin’s rally potential?

Many wonder how it is possible that the Dollar Strength Index (DXY) grew to a 20-year high this year, while simultaneously having a 40-year high inflation rate of 9.1%. After all, isn’t inflation equivalent to currency devaluation, as one has to pay more banknotes for the same products?

The missing link here is that this logic applies to national currencies, but not the dollar as the global reserve currency. DXY is weighted against six national currencies: Euro (EUR), Japanese yen (JPY), British pound (GBP), Canadian dollar (CAD), Swedish krona (SEK), and Swiss franc (CHF). Of the six, Euro has the largest weight at 57.6%

Except for Switzerland with the lowest weight, all of those economies are in worse shape than the US. Under the US leadership, the eurozone sanctioned resource-rich Russia, which retaliated by crippling the resource-dependent EU. As predictable as the sunrise, this created the European energy crisis, after having systematically dismantled its nuclear power infrastructure to “go green”.

Due to boomeranged Russian sanctions, Germany alone, as the EU’s economic engine, is poised to lose over $265 billion by 2030. Given that energy is the lifeblood of any economy, the Euro (with its 57.6% weight against USD) collapsed to its 20-year low, just as DXY grew to a 20-year high.

In the end, the global liquidity demand for the dollar is rising, despite the Fed pump triggering domestic inflation.

However, during the same month, just after the Fed churned its proverbial printing press into overdrive, Bitcoin’s rally started. As the Fed continued to flood the economy with more cash, Bitcoin reached $59k by March 2021. Obviously, $5 trillion worth of stimulus ($1.8 trillion to individuals and families), trickled down into Bitcoin.

This trajectory took a downturn in March 2022 when the Fed started to tighten its monetary policy, primarily by raising interest rates. This shocked the market, which was habituated to having access to cheap borrowing money, between 0% and 0.25% interest rate since March 2020.

Therefore, the upcoming CPI report, scheduled for Wednesday, will decide the Fed’s next move.

If the next Consumer Price Index (CPI) is above June’s record-breaker of 9.1%, a 100 bps hike is on the table again, as previously noted by Fed Governor Christopher Waller. Specifically, if CPI doesn’t go above the expected July level of 8.7%.

Such fears have already caused Bitcoin to drop by nearly $1k, from $23.9k to $23k, falling back into the 200 weekly moving average.

However, the average gas price has been falling for nearly two months. Moreover, crude oil futures hit the lowest point since before the Russia-Ukraine conflict, at $89.95 per barrel. Given this downward trend, it is likely that the inflation peak has been reached.

In turn, this would keep the Fed’s monetary policy in neutral mode instead of market-spooking mode. In the meantime, the pre-lockdown unemployment rate of 3.5% in July may also suggest that the upcoming recession will be mild, as recently noted by Elon Musk.

Bloomberg’s senior commodity strategist, Mike McGlone, thinks Bitcoin will transform from a risk-on into a risk-off asset during a recession.

“ I see it transitioning to be more of a risk-off asset like bonds and gold, then less of a risk-on asset like the stock market.”

Ultimately, the Fed is the final arbiter for global money liquidity, with BTC as a minor boat floating on that USD ocean.

Do you think Bitcoin will diverge from the stock market during a recession? Let us know in the comments below.