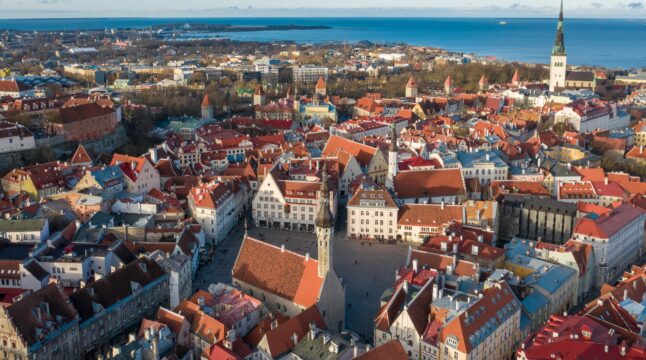 The FBI is actively looking for information from the victims of the “enormous Ponzi scheme”.

According to the DoJ announcement, the indictment against Sergei Potapenko and Ivan Turõgin was unsealed today, but returned by a Grand Jury in Washington on October 27th. The two Estonian citizens were arrested on Sunday, November 20th in Tallinn, Estonia in a joint action by the Federal Bureau of Investigation and local law enforcement.

Between 2015 and 2019, the two were running a Ponzi scheme under the guise of a supposed cryptocurrency mining company called HashFlare. Allegedly, customers could get a percentage of mined coins by investing in the firm. In reality, the two arrestees had no large-scale money operation and tried to hide their gains in Estonian real estate, luxury vehicles, and digital asset wallets.

Whenever investors would request a payout, the fraudsters reportedly vehemently resisted and, when pressured, gave out cryptocurrencies purchased on the open market using the assets of newer customers. The FBI is looking for information regarding the operation from the victims of HashFlare.

Even before closing their first operation in 2019, Potapenko and Turõgin set up a new Ponzi scheme. In 2017, the two allegedly opened Polibyus, a company that was supposedly a bank specializing in cryptocurrencies. Similar to their HashFlare operation, investors in Polybius were promised dividend payments from the bank’s profits.

Polybius netted the fraudster only around $25 million—compared to more than $500 million taken through HashFlare—and Potapenko and Turõgin never set up the bank nor paid any dividends. Instead, the two simply transferred investors’ funds to their own cryptocurrency wallets. U.S. Attorney Nick Brown commented on the scheme and called its scope astounding:

The size and scope of the alleged scheme is truly astounding. These defendants capitalized on both the allure of cryptocurrency, and the mystery surrounding cryptocurrency mining, to commit an enormous Ponzi scheme. They lured investors with false representations and then paid early investors off with money from those who invested later. They tried to hide their ill-gotten gain in Estonian properties, luxury cars, and bank accounts and virtual currency wallets around the world. U.S. and Estonian authorities are working to seize and restrain these assets and take the profit out of these crimes.

These arrests represent the newest development in the ever-increasing efforts of global law enforcement to crack down on digital assets-related crime. In mid-October, US authorities busted a major international criminal ring accused of using cryptocurrencies to steal military technology and smuggle Venezuelan oil.

In many ways, 2022 put a major spotlight on digital assets-related crime. So much so that in late August, a Congressional Committee sent a series of letters to leading cryptocurrency exchanges asking them for input on how best to fight crime within the industry. Of note is that FTX among the companies asked for input. FTX recently found itself disgraced when it was forced to file for bankruptcy after it was revealed it misappropriated billions in users’ funds and engaged in various other shady and irresponsible activities.

Do you think law enforcement agencies will ever successfully crack down on fraud involving cryptocurrencies? Let us know in the comments below.