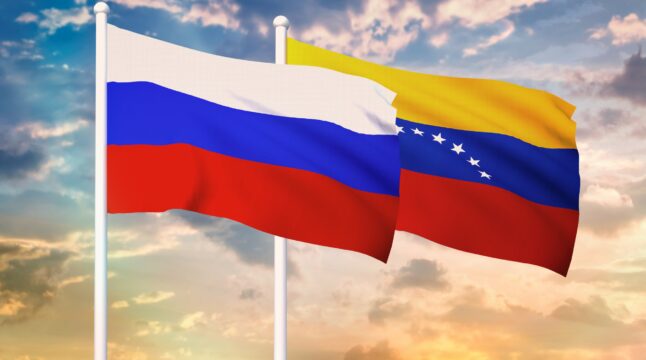 DoJ unsealed the documents pertaining to both arrests and a 12-count indictment of a criminal group accused of using crypto for money laundering, smuggling Venezuelan oil, and procuring high-tech components for the Russian military.

The US Department of Justice unsealed a 12-count indictment in Brooklyn this Wednesday. According to the DoJ press release, 2 individuals have been arrested and 5 more have been indicted due to a large-scale operation that involved money laundering, the smuggling of Venezuelan oil, and technology theft in favor of the Russian military.

The criminal ring also helped Petroleos de Venezuela S.A.—a government-owned oil firm—sidestep sanctions placed by the Trump government and sell the nation’s oil. The operation involved many millions of dollars and at least hundreds of thousands of barrels of oil.

The perpetrators include Yury Orekhov, Artem Uss—the son of the governor of Russia’s Krasnoyarsk Krai—Svetlana Kuzurgasheva, Timofey Telegin, Sergey Tulyakov, Juan Fernando Serrano Ponce and Juan Carlos Soto. At the request of the United States, Orekhov was arrested in Germany and Uss was arrested in Italy. The US operation is run by Task Force KleptoCapture which was founded in March 2022.

The Use of Crypto in the Criminal Operation

The operation had several key components with the first being the use of numerous shell companies to make the origin of assets and transactions as hard to trace as possible. This had the effect of overwhelming the banking system that, according to the press release, some US banks ended up processing illegal transactions unwittingly.

The operation also depended on some less scrupulous organization describing one of the used banks as “the s*******t bank in the Emirates” and adding that “they pay to everything.” The transactions also relied heavily on cryptocurrencies with at least $3 million getting transferred using unidentified tokens, and processing at least 500,000 barrels of Venezuelan oil using Tether (USDT).

USDT already found itself near the top of the list of cryptos used to bypass sanctions placed on Russia in a Chainalysis report. The indictment details an interaction between Orekhov and Serrano which describes the use of Tether in the following way:

No worries, no stress. As soon as we start berthing, we will immediately transfer. USDT works quick like SMS. They have the cash, I already arranged. I have to send the money in a few hours, and after a few hours, they are going to have USDT. Then you, with PDVSA people, or whoever has to take the cash, let’s say you come to the bank, check the money, confirm for me; Yury [OREKHOV], this is 7 million, 10 million. Every day it’s different amount. 10 million, 1 confirm, transfer tliem. And 1 immediately take the number and transfer them. It’s like SMS, and they tell you yes, Juan [FERNANDO SERRANO PONCE] everything is ok, this money is yours. It’s quicker than telegraphic transfer, USDT. That’s why everyone does it now. It’s convenient, it’s quick.

This scheme is also hardly the first one to use crypto to obfuscate and transfer illicit funds. North Korean hacker organization known as the Lazarus Group reportedly used South Korean crypto exchanges to launder as much as $52 million. It is also not the only instance of a sanctioned oil-producing nation attempting to use cryptocurrencies to sidestep the ban. Iran recently became the first country to use crypto in foreign trade, allegedly as a part of their attempts to avoid the impact of international sanctions.

Do you think the US Authorities will catch the remaining five fugitives? Let us know in the comments below.