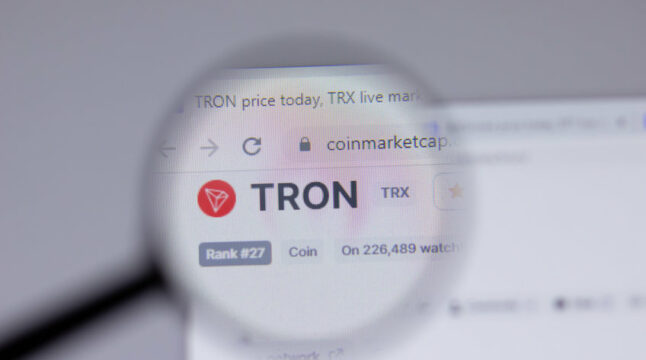 Tron aims to deploy $2 billion to purchase TRX and help restore the peg of its algorithmic stablecoin USDD.

TRON DAO Reserve (TDR), the entity which oversees TRON-based stablecoins, aims to deploy $2 billion of reserves in a bid to prop up TRX, TRON’s native token, after it plunged 16% over the last 24 hours.

Tron’s algorithmic stablecoin USDD, which bears an exceptional resemblance to Luna’s UST and burns TRX in place of LUNA, is trading below its intended $1 peg. If TRX doesn’t bounce back, there is a possibility of suffering a death spiral like LUNA did last month.

Tron’s Algorithmic Stablecoin USDD was Meant to Compete with UST

In an open letter back in April, Tron founder Justin Sun unveiled plans to roll out a decentralized algorithmic stablecoin called USDD on the TRON blockchain network. He detailed that USDD will be “a fully decentralized stablecoin underpinned by mathematics and algorithms.”

Similar to other so-called “decentralized” stablecoins, USDD will not rely on any centralized entity for storage, redemption, or management. Instead, USDD tokens will be issued in a decentralized manner and will try to maintain their peg to US Dollar through a mint-and-burn mechanism that involves Tron’s native token TRX. An excerpt from the letter said:

The coin was launched in early May. In an attempt to improve investor confidence, the TRON DAO Reserve pledged to provide custody service for $10 billion in highly liquid assets to offer “strong support for USDD.” The announcement said USDD’s peg to TRX and its billion-dollar reserve would help maintain the price stable.

“USDD is different. For one thing, the stability of USDD is backed by its peg to TRX, which absorbs short-term volatility; for another, the highly liquid billion-dollar reserve assets from the TRON DAO Reserve will swiftly stabilize the price of USDD against extreme industry-wide volatility.”

In a bid to restore TRX, which will in turn benefit USDD, the Tron DAO Reserve would deploy $2 billion, Sun announced today. He also said that the “funding rate of shorting TRX on binance is negative 500% APR,” meaning that traders are shorting the coin. “I don’t think they can last for even 24 hours. Short squeeze is coming,” he added.

It is worth noting that USDD has an exceptional resemblance to Terra’s failed stablecoin UST. For one, both stablecoins use a mind-and-burn mechanism. Secondly, both aimed to defend the peg using crypto reserves, which didn’t work for UST.

Meanwhile, the broader crypto market has also been hit hard over the weekend. The entire crypto market cap even shrunk to below $1 trillion at one point, dropping by 12% in 24 hours. Bitcoin, the largest cryptocurrency, has dropped below $25,000 while Ethereum suffered even more, plunging to around $1,200.

The massive sell-off can be attributed to the heightened inflation fears. The consumer price index rose 8.6% in May, the highest increase since December 1981, the Bureau of Labor Statistics reported Friday. The figure came higher than expected, beating the 8.3% Dow Jones estimate.

Do you think Tron will be able to save its stablecoin when it gets bigger? Let us know in the comments below.