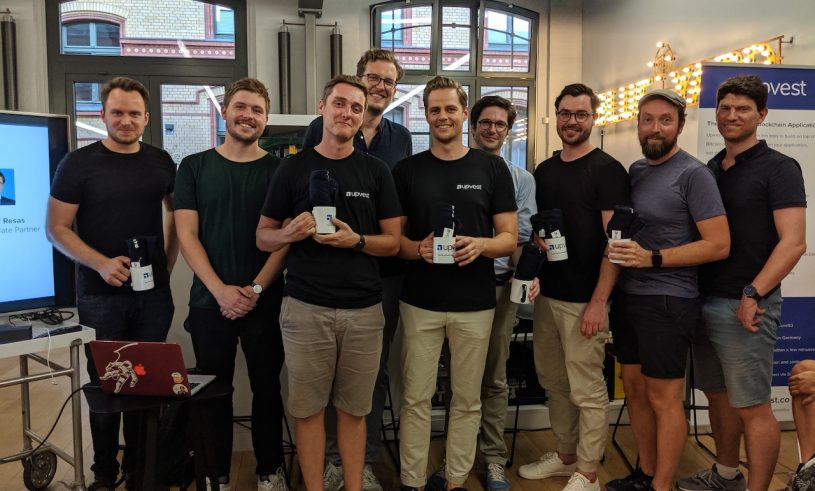 Tokenization Platform Upvest Raises €7 Million in Series A Round

On December 12th, 2019, Upvest announced the acquisition of €7 million — approximately $7.8 million USD — in a Series A funding round. The company is developing a platform to tokenize financial assets using blockchain technology.

Based in Berlin, Germany, Upvest is a developing securities tokenization platform. The company wants to help with the tokenization of regulated securities such as private equity, real estate, private debt, and other digital assets.

Their recent funding round saw participation from London-based VC firm Notion Capital, Partech Ventures, and Holtzbrinck Ventures. The Series A round raised a total of €7 million, which the company plans to use in an expansion of its platform.

Upvest has a number of existing APIs which “foster the adoption of decentralized ledgers and create a more inclusive financial ecosystem”, according to the company’s founder and CEO, Martin Kassing. Their API is already in use throughout more than 80 countries. Upvest says the API has seen €50 million in transaction volume thus far.

The firm was established last year, in 2018, and now has around 20 employees. They plan to help tokenize asset classes comprised of alternative investments — which they say is worth a whopping €10 trillion.

Germany has seen a number of successful Security Token Offerings (STOs) to date. Earlier this year, Berlin-based Bitbond raised more than €2 million through its own STO. The company also recently partnered with Hamburg-based real estate investment platform, KlickOwn. They two will collaborate to offer tokenized bonds backed by real estate to retail investors.

BaFin, Germany’s securities regulator, has approved a number of other STOs as well. In July, Startmark was given the green light to launch an STO looking to raise up to €50 million. In the same month, Fundament — an end-to-end security token issuance platform — compliantly issued a bond backed by real estate in Germany with an issued volume of €250 million.

Neufund also raised €3 million in its own STO back in 2018, though the offering was only available to accredited investors. With all the buzz, BaFin has certainly helped Germany build a regulatory friendly reputation when it comes to security tokens.

Prof. Dr. Philip Sandner — head of the Frankfurt School Blockchain Center (FSBC) — says despite the hype, there are still two key challenges that the security token industry faces in Germany. According to research by Sandner and his team, the supply side of security tokens is alive well. By this, he means companies are attempting to use the emerging technology, with regulatory support to boot.

The demand side however, simply needs further development. Sandner says there are two key hurdles here: laws need revision to further support security token use since the current support involves legal workarounds, and better UI/UX. For now, technical requirements are far too heavy, creating a barrier to entry.

What do you think about Upvest raising €7 million? Will the company go on to help the security token industry evolve in Germany? We’d like to know what you think in the comments section below.