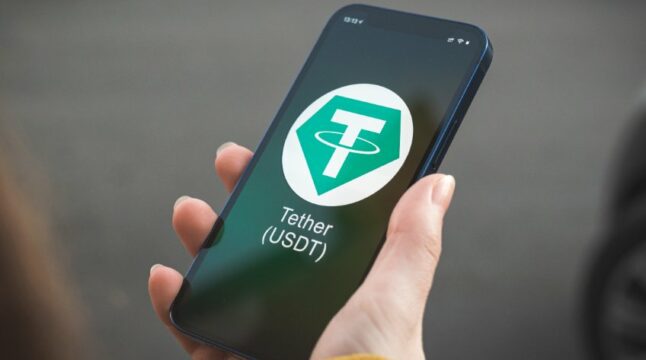 Tether reveals it is yet to freeze accounts linked with the sanctioned Tornado Cash, saying it awaits requests from US law enforcement regarding such actions.

Tether, the stablecoin issuer behind USDT, has come out to refute claims that it defied US sanctions regarding addresses linked with the embattled Tornado Cash. In a published statement, the company claimed that it works closely with law enforcement globally and assists with investigations, including freezing accounts.

However, it said neither the Office of Foreign Asset Control (OFAC) nor US law enforcement had requested stablecoin issuers freeze accounts listed on the OFAC’s SDN List. The statement read:

So far, OFAC has not indicated that a stablecoin issuer is expected to freeze secondary market addresses that are published on OFAC’s SDN List or that are operated by persons and entities that have been sanctioned by OFAC. Further, no US law enforcement agency or regulator has made such a request despite our near-daily contact with US law enforcement, whose requests always provide precise details.

Tether May Be in Violation Of US Sanctions

A Washington Post report claimed that the US government’s attempt to crack down on the illicit use of cryptocurrency might face opposition from Tether. Due to its refusal to freeze Crypto wallet addresses linked with Tornado cash, a mixing service recently sanctioned by the US authorities.

Earlier this month, the US Treasury Department sanctioned Tornado Cash. It alleged that the mixer enabled North Korean hackers and others to launder digital assets worth billions of dollars stolen in cybercrimes. As part of the embargo, US citizens or companies caught interacting with Tornado cash or its associated addresses could face criminal charges.

Subsequently, Circle, the issuer of the USDC, froze over 75000 USDC linked with sanction Tornado cash addresses. This action stirred up fears over stablecoin censorship within the crypto community, with enthusiasts calling for decentralized stablecoins.

With its largest competition already in compliance, Tether’s refusal to freeze addresses may be seen as defiance to the US authorities. However, the company claims it has not received instructions to freezing any sanctioned address and has been in regular contact with authorities. Consequently, it called Circle’s action premature while saying it may have harmed the work of law enforcement globally, considering it acted without guidance from US authorities.

Furthermore, it also pointed out that several other digital assets providers like Paxos and DAI were yet to freeze accounts linked with Tornado Cash. Tether opined that they had not frozen any of the linked accounts because they were also yet to receive instructions to do so.

Paxos is a New York-regulated stablecoin issue that issues BUSD and USDP, representing almost $20 billion in the market value of all cryptocurrencies. Meanwhile, DAI is an algorithmic stablecoin issuer with 36% of its assets or $3.4 billion in USDC.

While the sanctions against Tornado cash remain, it is unclear if Tether is required by law to comply with US Treasury’s embargo. The Hong Kong-based company says it is not obligated to comply because it does not operate in the United States or onboard US citizens as customers. Nonetheless, it considers the Treasury sanctions a part of its world-class compliance program.

Experts on sanctions acknowledge that the issue is up for debate. Scott Anderson, a former State Department adviser, states that the restrictions apply to all US nationals and corporations. Person or organization in or doing business in the United States or any transactions touching the United States also fall under the jurisdiction of the sanctions. However, he states he is unsure if Tether is included in that category or not. Nonetheless, he believes non-compliance could expose the company to severe legal risks.

Meanwhile, as the Tornado cash saga continues, the broader crypto community has sought clarity on how to abide by the Treasury Department sanctions. Rep. Tom Emmer asked Treasury Secretary Janet Yellen in a letter earlier this week to clarify how the department intended to implement these sanctions. He cited that technology is neutral and seeking privacy was normal, but the embargo targeted computer code rather than particular people or businesses.

Do you think Tether’s actions undermine the US authority’s effort to crack down on the illicit use of digital assets? Let us know in the comments below.